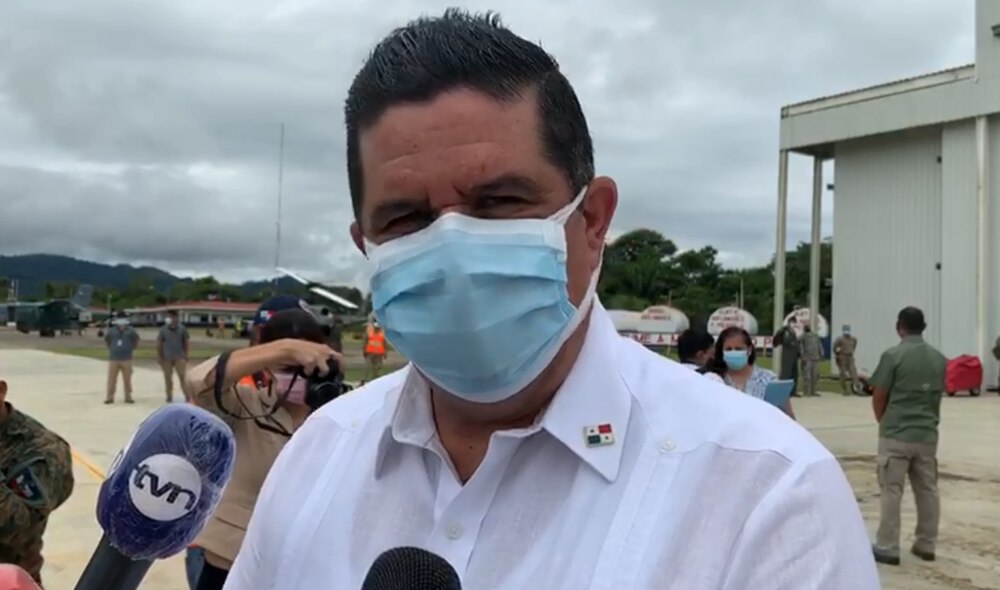 The Ministry of Security confirmed on Thursday, October 15, the death of two immigrants who entered the country through the Panamanian border with Colombia and who were infected with Covid-19.
Oriel Ortega, director of the National Border Service (Senafront) specified that a week ago the first death was registered and that when the autopsy was performed it was determined that he was positive with Covid-19. In addition, that two days later the second death occurred and that in the same way the result was positive. The nationalities of the immigrants were not disclosed.

Juan Pino, Minister of Security, reported that recently about 300 migrants have entered the Darien province and that some have tested positive for the new coronavirus.

More than 300 migrants have arrived in Darién. We have made some observations because some have come positive with Covid, which we are telling Colombia to pay attention to this because it can bring us a problem in Panama with respect to the health pandemic, said Pino.

Pino's statements came after participating in the donation of three helicopters that Panama received from the United States Government to strengthen surveillance at the border.
#COVID-19  #Covid  #Coronavirus
Add Comment