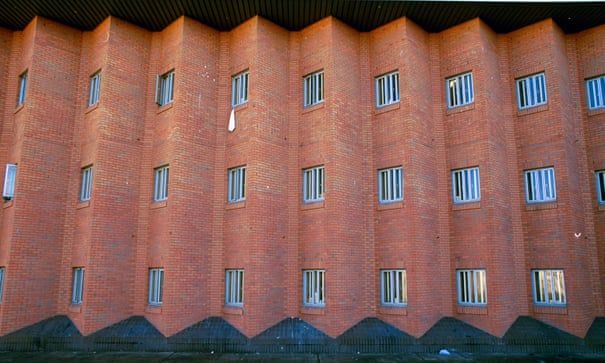 When unlawful detention and failure to provide food and medication are implicated in inmates’ deaths, this is a new low
Without doubt, the conditions in jails in England and Wales are currently – and by some distance – the worst I’ve ever known them: both in four decades as a career criminal after first entering custody in 1957; and latterly, for 17 years, writing about the prison system that held me for about 16 years, on and off.

I base that statement on clear evidence. The past 14 months have been by far my busiest since joining this paper as prisons correspondent; inundated by calls, messages, letters about how Covid has had an impact on an already grossly underfunded, chaotic and dangerous system.

Then, earlier this month, I received shocking accounts of two deaths in custody from the charity Inquest, which were heard in evidence before two juries at two coroner’s courts. They have seared themselves indelibly in my mind and made me reassess my belief that I can no longer be shocked by anything coming out of our wretched penal estate.

On 21 May a jury at West London coroner’s court delivered their narrative verdict on the death of Winston Augustine and heard evidence about the last three days of his life. They heard that, on 28 August 2018, he was moved to the segregation unit at HMP Wormwood Scrubs in west London. On 30 August, at 16.47 he was found to have killed himself in his cell. Pathological evidence indicated he had been dead for four to five hours.

Dead for that length of time, in daylight, in a prison cell on a small unit? What was going on?

The jury were told Augustine’s cell door had not been opened since he arrived on the unit and that he had received no food in the time he had been there. Pathological evidence showed his body was in a state of ketoacidosis, indicative of starvation. He was also starved of his medication: a daily slow-release dose of the strong painkiller tramadol, prescribed to relieve his chronic pain, caused by kidney stones. The day before he died a nurse and a doctor were, separately, refused permission to see him. The nurse pushed a single dose of tramadol under his cell door. It’s not known if he took it, but the jury heard he would have been in “severe pain” when he died. The jury found the failure to fulfil his need for food and medication contributed to his death.

What did the officers in that unit say about this man’s treatment? That he was “non-compliant” and therefore too dangerous for them to unlock his door. Segregation units are generally well staffed and sometimes hold people who tend not to comply with rules.

The other prison death inquest concluded on 21 May. The jury at Milton Keynes coroner’s court had deliberated on the death of Mark Culverhouse, who killed himself in another segregation unit, this time at HMP Woodhill on 23 April 2019.

Culverhouse, 29, had a minor criminal record but major mental health issues. The jury heard that, six days before his death, he had climbed some scaffolding and threatened to jump off the third-storey frame. Skilled negotiators talked him down before he was arrested for offences related to the incident.

He was taken into custody by police in Northampton and deemed fit to be detained, despite one of his negotiators wanting him to be assessed under the Mental Health Act. The next day, Culverhouse was taken to court, but before appearing had to be taken to hospital after repeatedly head-butting a wall in the cell area.

While he was in hospital – and repeatedly saying he would kill himself if he went back to prison – the probation service decided to recall him to prison in relation to a previous short sentence for driving while disqualified.

That recall was unlawful because he had served his full time on that sentence, but, astonishingly, the jury heard the probation service did not, then, calculate sentences before recalling prisoners.

On arrival at Woodhill, CCTV footage captured him telling staff he had tried to kill himself and asking to go to hospital. On 19 April, he was moved to the segregation unit, where he repeatedly hit his head hard and said he wanted to die. He was taken to the prison hospital and spent a few days under constant observation.

Four days later, he was taken back to segregation in restraints following a row with another prisoner. Again Culverhouse hit his head hard and expressed his wish to die. Later that day, he was found dead.

In Woodhill, he was subject to self-harm observation, so should have been monitored closely. The day he died, two observation notes simply recorded him lying under a sheet. He was in that position, dead, when finally, staff entered his cell to physically check on him. Administrative staff had been told that he might be due for immediate release, but this information was not passed on to him.

It is said that our prime minister is a great admirer of Winston Churchill, who reportedly said: “The treatment of crime and criminals is one of the most unfailing tests of the civilisation of any country.” Staying with history: the senior coroner at the inquest into Culverhouse’s death said he was “outraged” at the circumstances and said his detention was unlawful and “contrary to the Magna Carta of 1215”.

In this, my second career, I have come across many organisations connected to the criminal justice system. Some, in my view, do a better job than others. The charity Inquest would be at the top of that group. Please visit their website and read what these two men meant to their families. And remember: two men, not numbers, died in prison. One where starvation played a part, the other held unlawfully, according to laws established 800 years ago.

A measure of our civilisation, in 2021?
#Covid
Add Comment