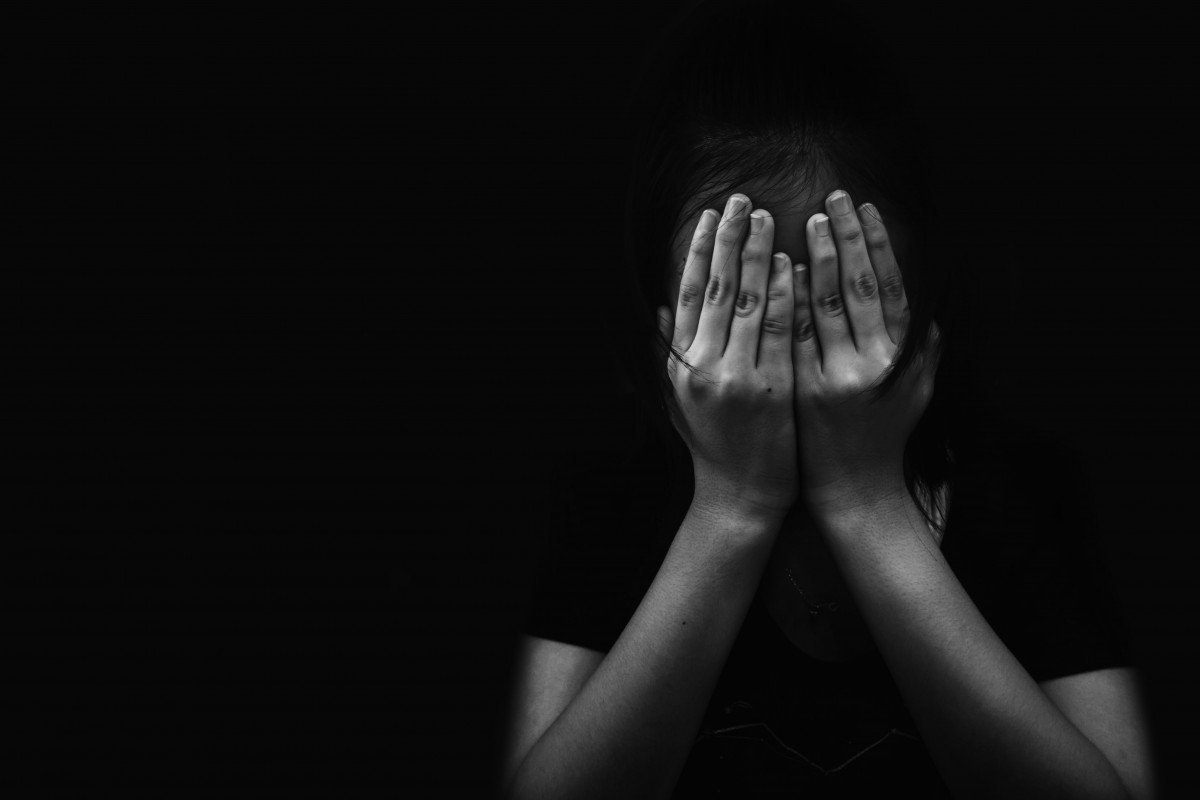 Blogger uncovers network of commenters offering information on how to find minors and avoid legal troubles.

Chinese police in a northeastern city have launched an investigation after a man boasted on Twitter of having sexual relationships with minors.

The accused man, whose online location was pinned to Qiqihar in Heilongjiang province, had apparently been documenting his relations with three “goddaughters”. Two were aged 15 and 20, and the age of the third was not disclosed.

Qiqihar cyber police told the South China Morning Post that officials were investigating and asked the public to only trust official sources about the case.

An officer told Red Star News that police had collected the online information and reported it to their supervisors, but legal procedures would take some time.

“The police need to collect information, double check, search for evidence, before we can decide how to handle the case,” the officer was quoted as saying. 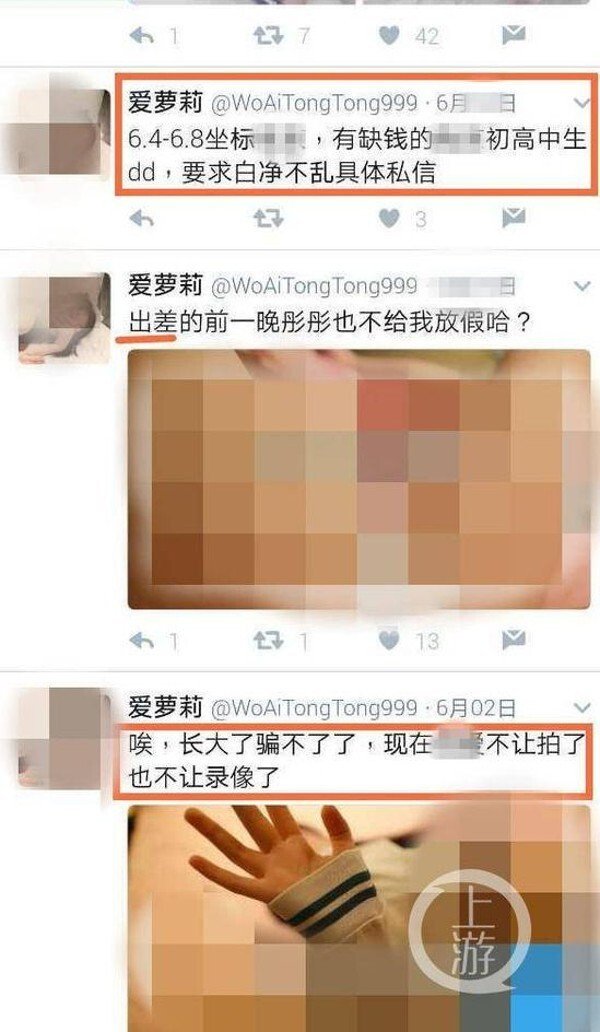 A man in Qiqihar, Heilongjiang has allegedly been documenting sexual relationships with minors on Twitter.

A feminist blogger posted screenshots of the man’s Twitter account to Chinese site Weibo on Saturday, claiming that one of the “goddaughters” was a classmate of the accused man’s daughter. He had bragged about having sexual intercourse with her when she was 14.

He had also taken videos of his sexual relationship with the girls and claimed that as the girls had grown older they no longer allowed him to film them.

In other screenshots, the man also bragged about being “a sugar daddy” and “having sex with middle schoolers”. In one post, he even asked if anyone could introduce him to middle school or high school boys “who need some pocket money”.

The blogger claimed she had gone undercover to the man’s social media group and found 314 members had shared information on how to find minors and also how to avoid legal troubles.

Last month, China’s top prosecutor ordered the deportation of a lawyer after a woman who claimed to be his adopted daughter accused him of sexually abusing her from the age of 14.

The woman, identified as Han, alleged the relationship was not consensual but because 14 was the age of consent, the lawyer, Bao Yuming, could be convicted of rape but not of sexual relations with a minor. Bao has denied all allegations against him.

The Supreme People’s Procuratorate found no evidence to support child rape allegations, but Bao lost his licence to practise law in China after a separate investigation in Beijing concluded that he had dual Chinese-American nationality and he was deported.

Harsher penalties are being considered for the sexual harassment of minors under proposed revisions to China’s criminal law, which were sent to the National People’s Congress for approval last week.

They include heavier punishment for offenders who rape girls under the age of 10 or cause them harm. People in positions such as supervisory, nursing, education and medical roles who have sex with girls aged 14 to 16 will be held criminally accountable, regardless of whether the minor gave consent.

The Logic of Pandemic Restrictions Is Falling Apart

This is why you can eat in a restaurant but can’t have Thanksgiving. ​​​

The Ministry of Health (Minsa) of Panama reported 16 new deaths with covid-19 in the last 24 hours, bringing the total number of deaths from the virus to 3,002, and a case fatal...

The special commission investigating the US invasion of Panama in 1989 received additional funds from the government to continue identifying the victims, although their families...

Trump's presidential shield of protection expires the moment he steps down on Jan. 20. Here's what happens next.

The Public Ministry issued a statement on Wednesday in which it requests the collaboration of citizens to find the whereabouts of a person of German nationality who is missing .

The United States Could Soon Allow Visitors from Europe, Britain and Brazil After Nine-Month Ban

The White House is poised to lift a near nine-month Coronavirus travel ban on visitors from Britain, Brazil, Ireland and 26 European countries according to several senior source...

After Admitting Mistake, AstraZeneca Faces Difficult Questions About Its Vaccine

Some trial participants only got a partial dose of AstraZeneca’s vaccine. Experts said the company’s spotty disclosures have eroded confidence.

Salesforce is in talks to buy Slack, deal could be announced next week

The acquisition would be Saleforce's largest to date if it goes through.

Sucre: we want to have as much freedom within the recommended parameters

This Week, The Best Dressed Stars Chose Fashion with Personality

The success or failure of any outfit comes down to whether or not it suits the wearer. Even the most beautifully made clothing won’t seem exceptional if it doesn’t align with th...

This simple tool can help you choose color combinations that work well together. Learn the basics of how the color wheel works to successfully apply color theory in your decorat...

One of the best ways to raise your spirits after a challenging day is to dance. That's right — getting down can help pick you up. We created this quick, 15-minute dance workout ...

Meghan Markle Says She Had Miscarriage: "I Knew... I Was Losing My Second"

The wife of Prince Harry wrote about the experience in detail, saying that it took place one July morning when she was caring for Archie, the couple's son.

Synthetic identity fraud, one of the fastest-growing financial crimes in the United States, has become an increasing concern for regulators, as banks struggle to find common way...

Corporate services provider Credence, which featured in an extensive European Investigation Collaborations exposé on tax avoidance in Malta, has been fined €261,000 by the Finan...

Fox News staffers thought Newsmax was a joke. But they're not laughing anymore

Fox News is taking action to stave off newfound competition from Newsmax TV.