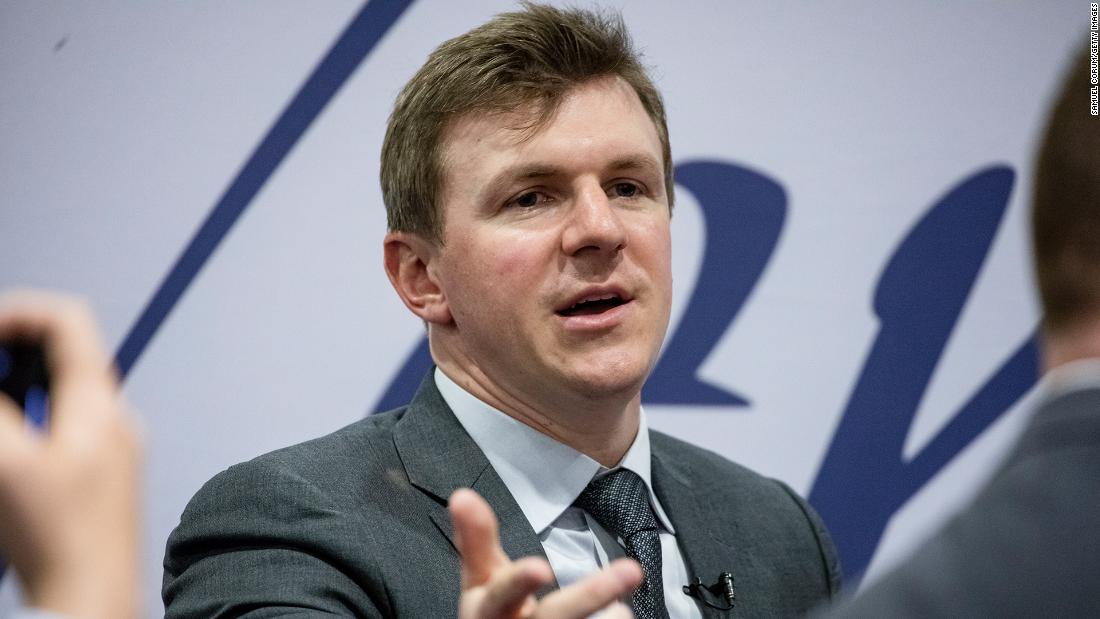 Twitter permanently banned an account on Thursday belonging to Project Veritas, a conservative group founded by controversial activist James O'Keefe.
The decision followed what a Twitter (TWTR) spokesperson described to CNN Business as repeated violations of the platform's policies prohibiting sharing — or threats of sharing — other people's private information without consent.

Twitter declined to say what specific tweets may have triggered the enforcement action. But in a post on Project Veritas's public Telegram channel Thursday afternoon, the group said the suspension occurred after it published a video in which Project Veritas accosted Facebook VP of Integrity at his home.

"The tweet in question arose when asking for comment from Facebook's VP of Integrity about censorship," Project Veritas said on its Telegram channel. "Project Veritas is appealing this decision, as no privacy was violated."

In an emailed statement to CNN Business, O'Keefe again said it was "false" that the video contained private information and claimed Twitter told the group it could have its account reinstated if it deleted the tweet containing the video.

In response to follow-up questions from CNN Business seeking clarification, Twitter said it had mistakenly communicated to Project Veritas that there would be a way to restore its account and confirmed that the group's suspension was permanent and final.
#Facebook
Add Comment