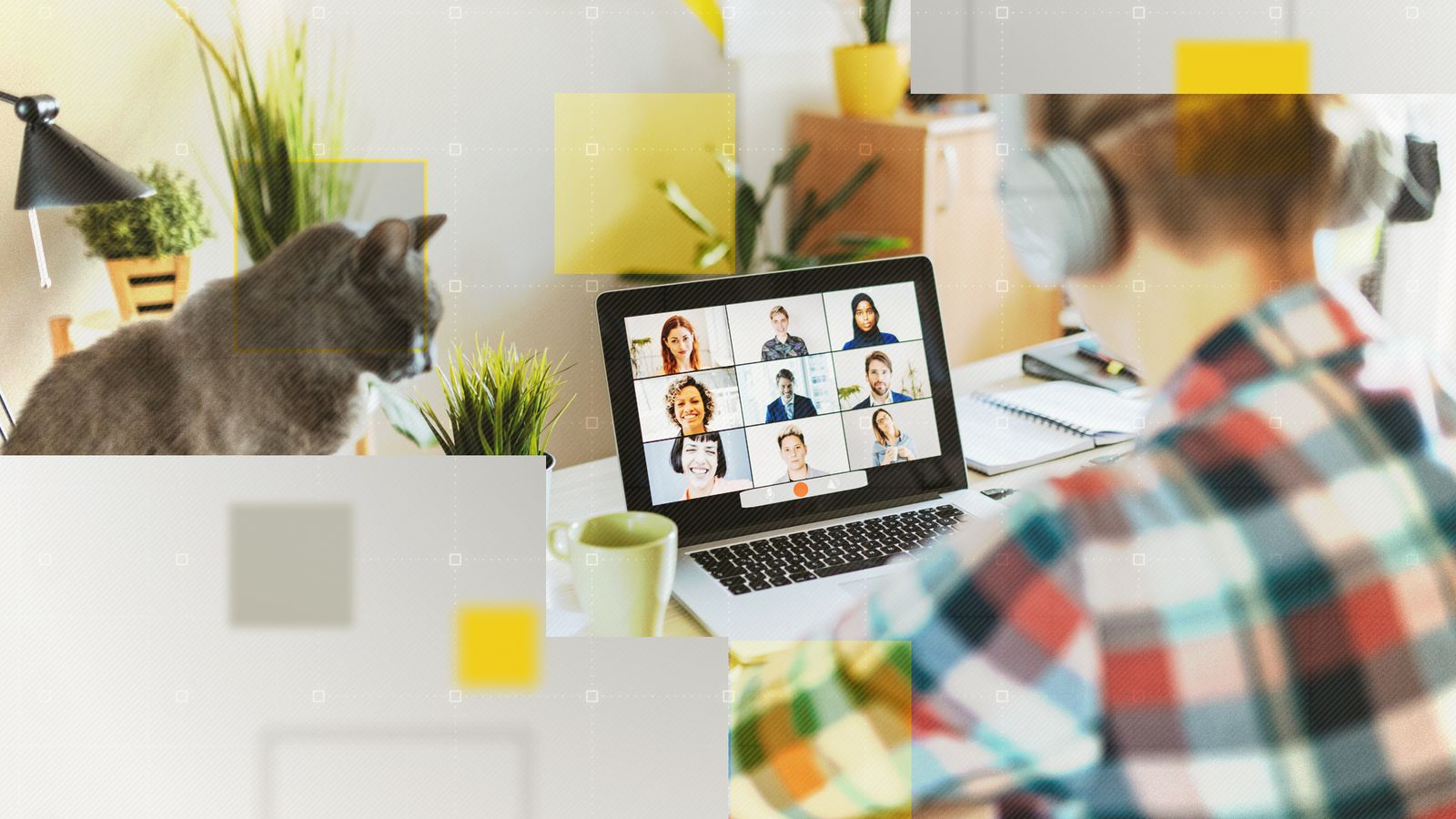 New research has found that hybrid working is here to stay as people swap the commute for greater flexibility. But London's recovery is lagging behind other big UK cities, so what will that mean for the future of the capital?

Three-quarters of Londoners worked from home at least one day a week in spring 2022, according to new research from King's College London's Policy Institute and Business School.

This is a marked shift from before COVID-19, when less than half as many Londoners worked from home.

The researchers surveyed more than 2,000 people with a regular workplace in London, including those that live outside the city and commute in for work.

Their findings suggest hybrid working is here to stay and could have a profound impact on the future of London's economy.

Most people think this is the new normal. The survey found that almost three-quarters of London workers think they're never going back to working five days in the office.

This is true at all experience levels and ages, despite most London workers believing that senior managers want people to come in more often.

The capital hasn't returned to normal as quickly as other UK cities.

Data from the Centre for Cities shows that weekday footfall, a measure of activity in city centres, in London is 40% below pre-pandemic levels, while in other major cities it has already recovered.

"This is because London has more people in the kinds of occupations and sectors where it's possible to work from home compared to other cities in the UK, like finance and business services."

Why do people want to work from home?


Unsurprisingly, avoiding the commute was the most common reason for wanting to work from home.

This was closely followed by finding it easier to manage personal responsibilities and being more relaxed when at home.

But most people don't want to work from home all the time.

Almost three-quarters of Londoners would choose hybrid work if given the choice, with the most popular option being three-days a week out of the office.

Professor Kleinman says that this points to a "profound change" in the way the economy works.

"This is going to take a long time to shake out and there is a lot of experimentation going on," he says.

Some companies are trying to mandate a return to the office. But only 16% of people are positive about being forced back, according to the research.

Older people are more likely to be open to the idea. Almost 30% of people aged 50 and over would choose to be in the office full-time, compared to just 14% of 16 to 24-year-olds.

Will this negatively affect our work?


People are more likely to say they perform well when working from home than in the office.

But Londoners are finding it harder to connect with colleagues at home. And four in ten people find it harder to switch off at the end of the day.

There is no consensus about whether working from home will reduce the quality of life and the number of jobs in London.

But over-50s and Conservative voters are the most likely to be pessimistic about the impact on life in the capital.

Prof Kleinman says that there are welfare benefits to working from home, but also points out that communal working is the main driver of growth in cities.

"If people are happier with their working arrangements, then there are probably fewer negative consequences for the economy.

"But cities exist for a reason. Crowding together lots of talent, ideas and institutions is a fundamental driver of economic growth and that hasn't gone away.

"If you have a more dispersed workforce, you're going to lose some of that, which may slow down economic growth in the medium and long term."