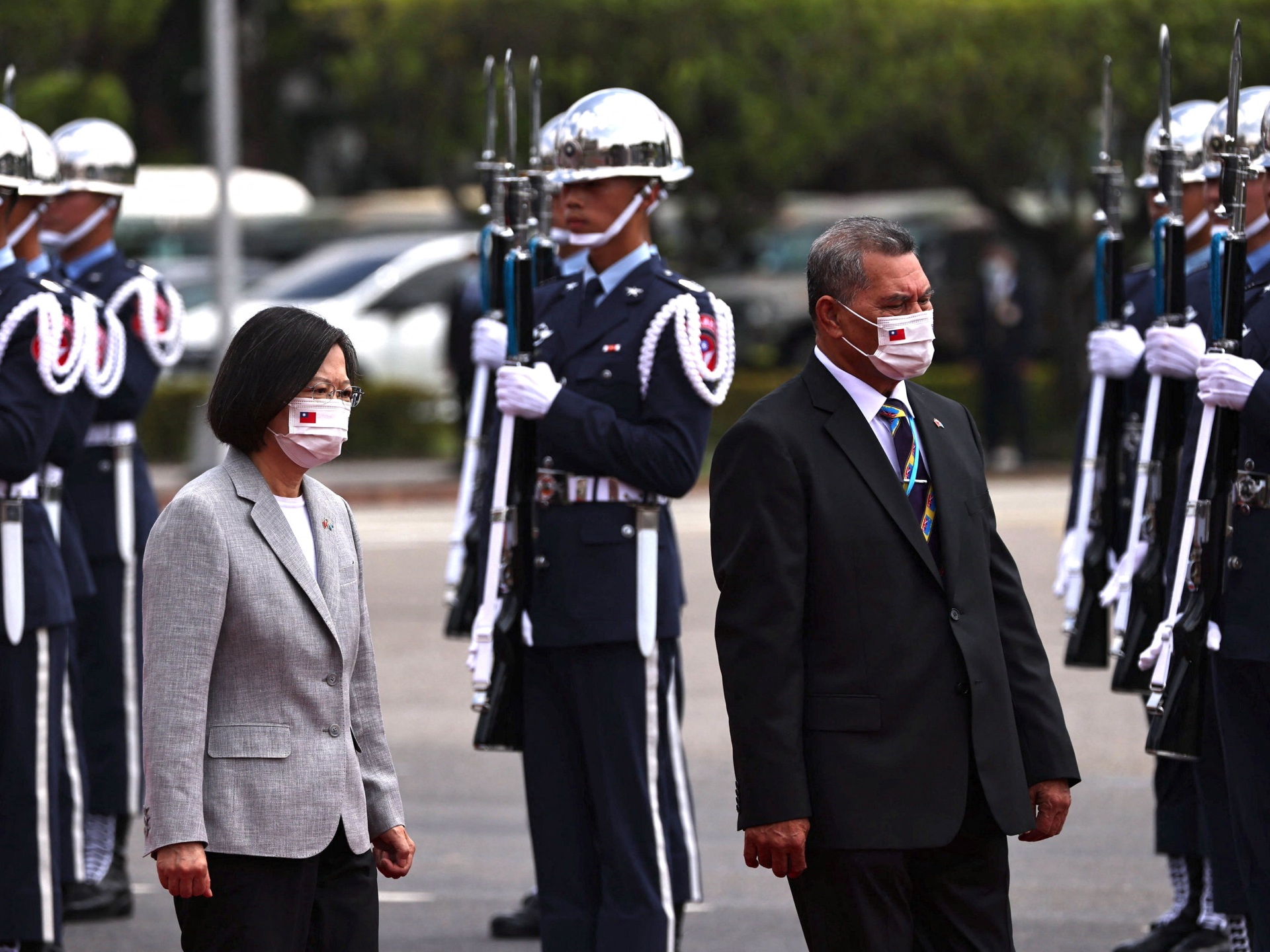 Tuvalu promises to ‘stand firm’ with Taiwan amid Pacific rivalry

The tiny nation is one of four in the Pacific that still maintains formal ties with Taiwan.

The leader of the Pacific island nation of Tuvalu has promised to “stand firm” on its ties with Taiwan, as China expands its influence in the region.

Speaking at a welcome ceremony in Taipei hosted by Taiwan’s President Tsai Ing-wen, Tuvalu Prime Minister Kausea Natano said “decent and common values” had always been an added strength to their bond. Tuvalu has maintained diplomatic relations with Taipei for more than 40 years.

With a population of about 10,000, Tuvalu is one of 14 countries to retain full diplomatic relations with Taiwan, a self-ruled democracy that Beijing claims as its own, and one of four in the Pacific where China has been stepping up efforts to win support.

“Through tumultuous times of geostrategic agendas, we continue to stand firm in our commitment to remain a lasting and loyal ally of the Republic of China,” Natano said, referring to Taiwan by its official name.

“I recognise the cornerstones of our diplomatic ties, involving two nations founded on the principles of democracy, trust, human rights and freedom of the individual.”

Natano is on his first trip to Taiwan since being elected in 2019.

Tsai praised their strong friendship and thanked Tuvalu for speaking up for Taiwan on the world stage and supporting its international participation.

“I extend my heartfelt gratitude to Tuvalu for its invaluable friendship,” she said.

Taiwan lost two Pacific allies to Beijing in 2019: the Solomon Islands and Kiribati. Nauru, Palau and the Marshall Islands have, like Tuvalu, stuck with Taipei.

The Solomon Islands has become a focal point in the escalating rivalry between China and the United States in the strategically important region and has had a tense relationship with the US and its allies since striking a security pact with China this year.

The decision to switch diplomatic ties has also created some concern within the nation of 700,000 people. Last November, the capital Honiara was rocked by riots that underlined domestic rivalries and alarm over the government’s growing China ties.

At least three people were killed in the unrest, which ended after the government requested the assistance of Australia, which has a longstanding security pact with the Solomon Islands.

The US has said it plans to reopen its embassy in Honiara and promised more diplomatic and security assistance to the region. President Joe Biden is due to host leaders of Pacific Island nations in Washington, DC, from September 28 to 29. 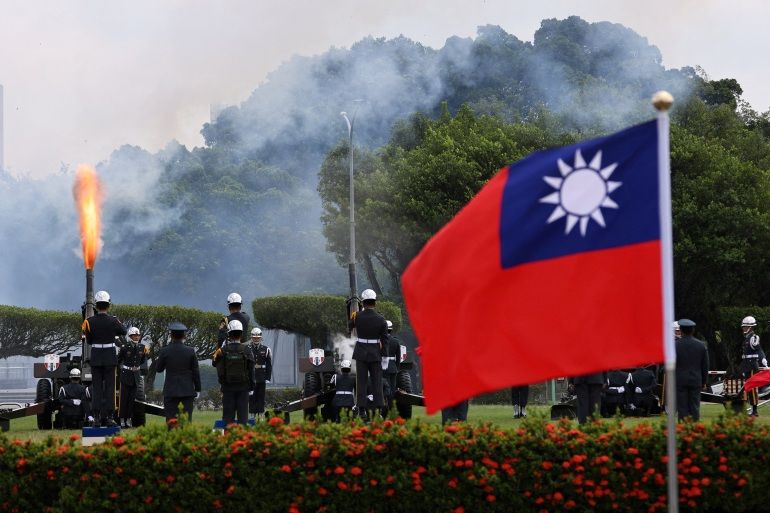