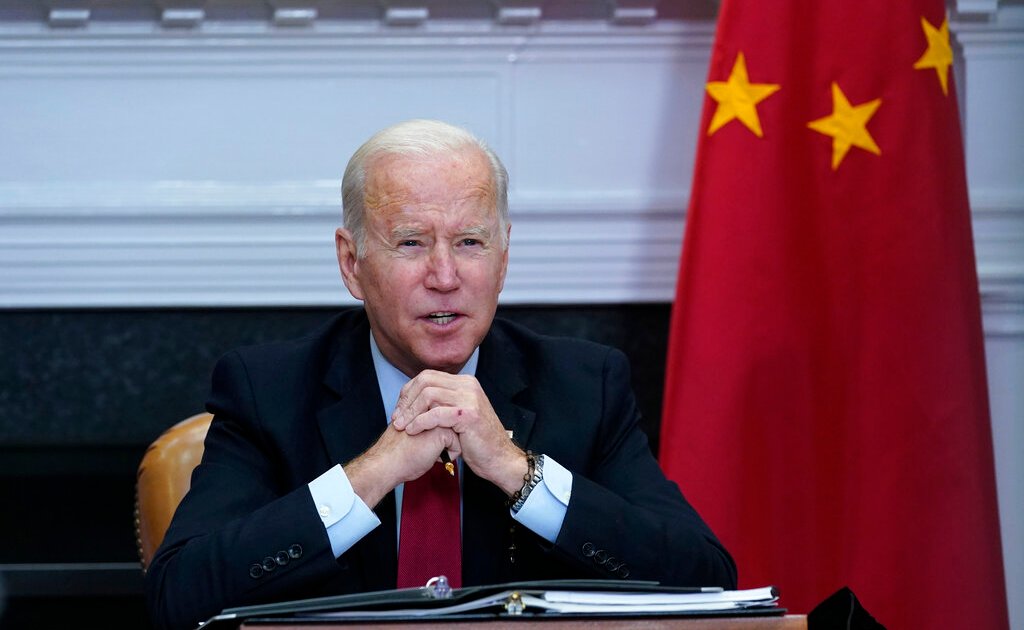 Beijing’s stance on the Russian invasion of Ukraine could define future ties with Washington, analysts say.

In recent days, several top officials in the United States have discouraged China from backing Russia in its war in Ukraine, amid reports that Moscow has requested military assistance from Beijing.

While Chinese officials have downplayed the reports, experts say the US’s public pressure campaign on China could define an already shaky relationship between the two nations for years to come.

“This has the potential to be a turning point in US-China relations,” Robert Ross, a political science professor at Boston College, told Al Jazeera.

Since Russia launched its all-out invasion of Ukraine on February 24, China has taken a neutral stance publicly, backing talks to end the deadly conflict and urging “maximum restraint” and de-escalation.

But after hours-long talks between senior US and Chinese officials on Monday, Washington warned Beijing of “consequences” should it provide military or financial assistance to Moscow. That warning came after US media, citing unidentified American officials, reported that Russia had requested military assistance from China – an allegation that Beijing appeared to deny.

US officials have repeatedly stressed that Russia is facing setbacks in its invasion, despite its continued bombardment of Ukrainian towns and cities. The war has pushed more than three million people to flee Ukraine so far, according to the United Nations.

Ross said if China decides to back the Russian war effort in Ukraine, the US would respond by restricting economic ties with China, as well as authorising a “far larger US military budget to deal” with Beijing.

“The Chinese face a decision as to whether or not they want to align themselves with Russia – against Europe and the United States – and should they do so, they would also encourage the United States to treat China as one of its foremost adversaries and elicit a Cold War confrontation.”

The heightened tensions prompted a meeting in Rome on Monday between US National Security Adviser Jake Sullivan and the director of China’s Office of the Foreign Affairs Commission, Yang Jiechi.

Sullivan made Washington’s concerns “clear” to Yang during the talks, State Department spokesperson Ned Price said after the meeting.

“We are watching very closely the extent to which the PRC [People’s Republic of China] or any country in the world provides support – material, economic, financial, rhetorical, otherwise – to this war of choice that President [Vladimir] Putin is waging” against Ukraine, Price told reporters. “And we have been very clear – both privately with Beijing, publicly with Beijing – that there would be consequences for any such support.”

A senior US administration official later told reporters on condition of anonymity that the Sullivan-Yang meeting was an “intense seven-hour session”.

China’s state-owned Xinhua news agency said in a statement after the meeting on Monday that “Yang stressed that the Chinese side resolutely opposes any word and deeds that spread false information, or distort and discredit China’s position”.

Over the past weeks, China abstained from a United Nations Security Council proposal that aimed to condemn the Russian invasion, as well as from a similar resolution that passed overwhelmingly in the UN General Assembly. The Security Council measure was vetoed by Russia.

China also recently appeared to give credence to Russian allegations that it had discovered a biological weapons programme in Ukraine – accusations that were dismissed by US, European and Ukrainian officials as part of a Russian disinformation campaign.

China and Russia enjoy warm ties, and in early February, the two nations released a lengthy joint statement that reaffirmed their alliance and expressed opposition to NATO expansion – Russia’s main grievance leading up to its all-out invasion of Ukraine.

Meanwhile, the relationship between Washington and Beijing has been tested in the past few years as the US prioritised strategic competition with China in its foreign policy under former President Donald Trump, a position fully embraced by Joe Biden.

Amid efforts to mend US-China ties, the Biden administration irked China when it secured a deal with the UK to supply Australia with nuclear-powered submarines last year. Biden also has pushed to revive the Asia Pacific Quad alliance with India, Australia and Japan, and met with the countries’ leaders at the White House in September.

The four countries released a joint statement after the talks backing a “free, open, rules-based order, rooted in international law and undaunted by coercion” in an apparent message to China, who responded by rebuking the group as “exclusive” and saying it was “doomed to fail”.

There also has been growing tensions between Beijing and Washington and its allies in the Asia-Pacific region – including over Taiwan and the South China Sea, the latter of which China claims almost entirely as its own, despite competing claims from other countries in the region.

The Pentagon and US lawmakers prominently cited countering China in passing this year’s $777.7bn defence budget.

“One major hope for the Chinese is that the conflict in Ukraine will draw American attention, American resources, away from the Asia-Pacific region,” said Christopher Heurlin, associate professor of government and Asian studies at Bowdoin College in the US state of Maine.

“So certainly, they’re trying to make the best of the situation that they might benefit somewhat if the US military attention and the attention of European allies is directed more towards Russia and less towards China.”

But if China aims to prolong the war in Ukraine, US officials have threatened sanctions against Beijing. “It’s certainly something in the realm of possibility,” Heurlin told Al Jazeera of the prospect of such sanctions.

“But it is much more difficult simply because of the much larger economic ties that the US has with China. Obviously, there are far more businesses in the US that do business with China. That would make it a lot more costly to try to link our economic relationship to foreign policy.”

‘This war is not good for China’

China has made it clear that it does not want to face economic penalties as a result of the war in Ukraine, as the US and its western allies have levied swift and sweeping sanctions against Russian banks, government officials, and wealthy elites, among others.

“China is not a party to the crisis, still less wants to be affected by the sanctions,” Wang Yi, the Chinese foreign minister, said on Tuesday.

Some US officials also stressed that it would be in China’s self-interest not to back Russia, instead urging Chinese officials to use their leverage with the Russian government to end the conflict.

“Our intention in our regular engagement with China … was to underscore that this war is not good for China, that we want to see China use its influence with Russia to get this war ended, and at a minimum to help get these humanitarian corridors going,” Under Secretary of State for Political Affairs Victoria Nuland told lawmakers last week.

Ultimately, China so far has shown that it wants to stay out of the war, said Ross, the professor.

But talks with the US are tense because, like all great powers, Beijing does not like to be threatened, he added. “There was a tense conversation, but the US came out of that meeting without any accusations against Chinese behaviour,” Ross said.

“So this still seems to be clear that the Chinese have not done anything yet that would make the Americans concerned about excessive support for Russia.”