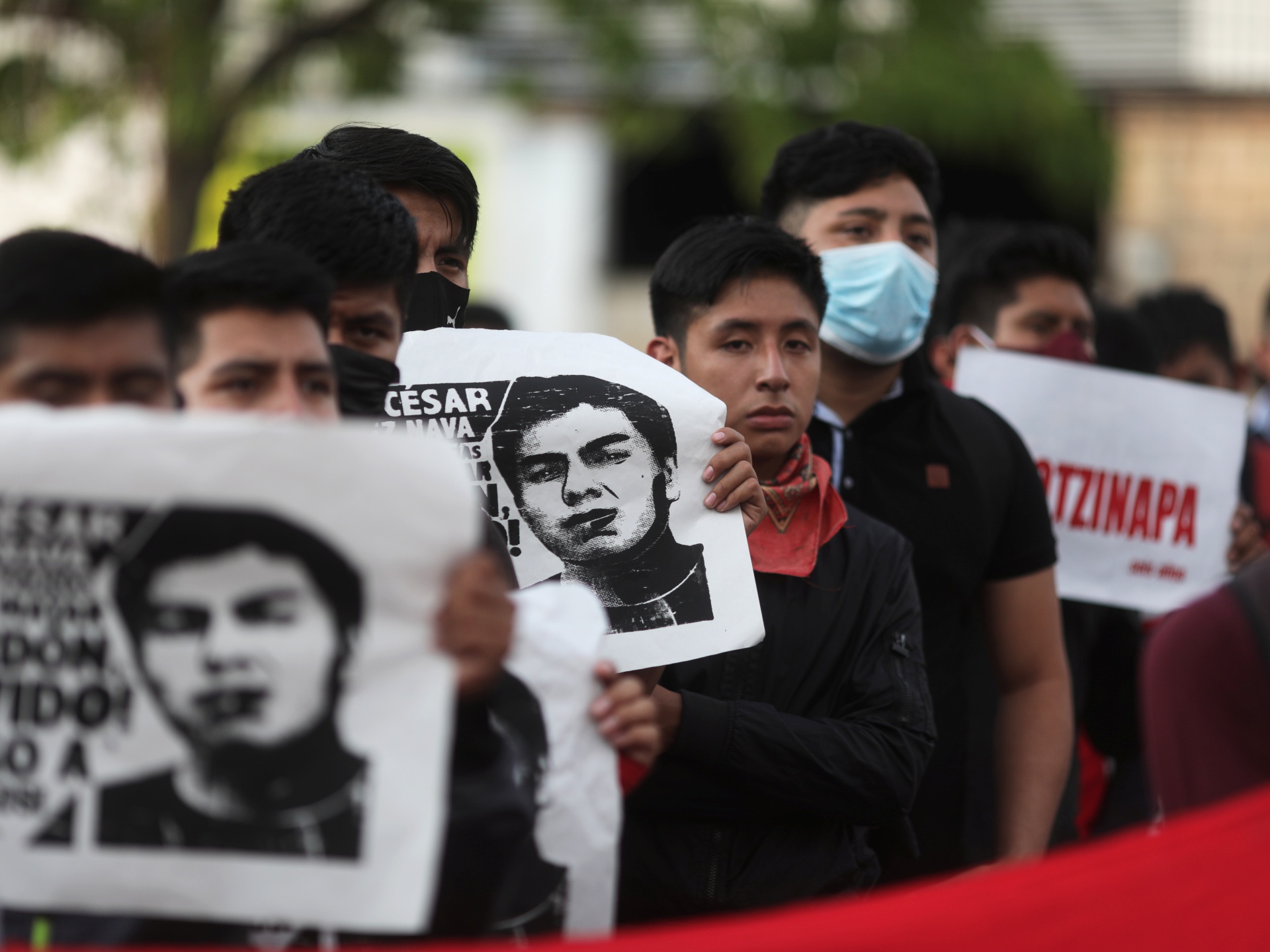 Head of commission said disappearance of students was a ‘state crime’ involving officials from all levels of government.

A truth commission investigating one of Mexico’s worst human rights tragedies said that military personnel bore responsibility, either directly or through negligence, for the disappearance of 43 students in 2014.

The mass disappearance of the students sparked international outrage over impunity in Mexico, and did lasting damage to the administration of then-President Enrique Pena Nieto, particularly as international human rights experts criticised the official inquiry as riddled with errors and abuses.

Mexico’s top human rights official, Alejandro Encinas, made a rare official acknowledgement on Thursday that the students did not survive.

Encinas told a news conference that government involvement in the disappearance – including local, state and federal officials – constituted a “state crime”.

“Their actions, omissions or participation allowed the disappearance and execution of the students, as well as the murder of six other people,” said Encinas, who is heading the commission and is also deputy interior minister.

“There is no indication the students are alive. All the testimonies and evidence prove that they were cunningly killed and disappeared,” he said.
“It’s a sad reality.”

Despite extensive searches, the remains of only three students have been discovered and identified, Encinas said.

The students, from a rural teachers’ college, went missing after they had commandeered buses in the southern state of Guerrero to travel to a demonstration.

Encinas said the army was responsible at least for not stopping the abductions because a soldier had infiltrated the student group and the army knew what was happening at the time.

According to an official report presented in 2015 by the government of Pena Nieto, the students were arrested by corrupt police and handed over to a drug cartel.

The cartel mistook the students for members of a rival gang and killed them before incinerating and dumping their remains, according to that report, which did not attribute responsibility to the military.

Those conclusions were rejected by relatives as well as independent experts and the office of the United Nations High Commissioner for Human Rights.

Encinas said that further investigations were necessary to establish the extent of participation by army and navy personnel.

“An action of an institutional nature was not proven, but there was clear responsibility of members” of the armed forces stationed in the area at the time, he said.

The defence ministry did not immediately respond to a request for comment. 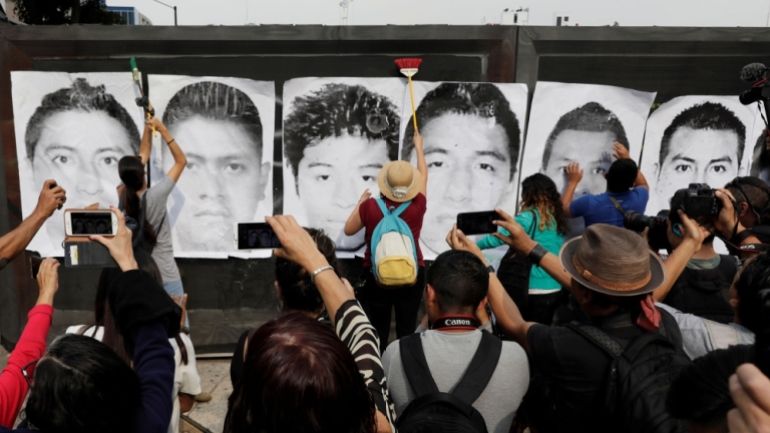 People paste posters on a wall with images of some of the 43 missing Ayotzinapa Rural Teaching College students during a march to mark the 43rd month since their disappearance in the state of Guerrero, in Mexico City, Mexico on April 26, 2018

Encinas also revived the hypothesis that the origin of the abductions was tied to the region’s active drug trafficking.

He said a bus that night had passed through 16 federal security checkpoints without being stopped, despite intercepted communications discussing “merchandise” that it was carrying.

“And the merchandise is either drugs or money,” he said.

A 2016 investigation by independent experts found that federal police had taken students off the so-called “fifth bus” and then escorted the bus out of the town of Iguala in Guerrero state. Investigators suspect the bus was part of a heroin trafficking route from the mountains of Guerrero to Chicago and that the students had unknowingly hijacked it and its illicit cargo, triggering the events that followed.

The families of the disappeared have kept up pressure on the government over the years, demanding the investigation be kept open and expanded to include the military, which has a large base in Iguala yet did not intervene.

Mexico’s President Andres Manuel Lopez Obrador said in March that members of the navy were under investigation for allegedly tampering with evidence, notably at a rubbish dump where human remains were found, including those of the only three students identified so far.

He denied an accusation by independent experts that Mexican authorities were withholding important information about the case, which shocked the country and drew international condemnation.