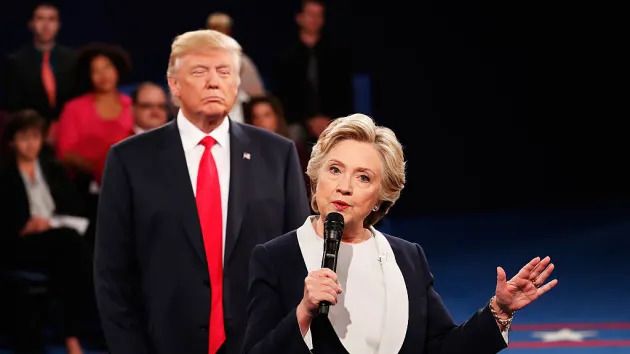 Trump’s RICO suit says that Clinton, who was his Democratic opponent in that election, and other defendants as part of the purported scheme falsified evidence, deceived law enforcement authorities and exploited access to “highly-sensitive data sources” in a way that “even the events of Watergate pale in comparison.”

The lawsuit seeks more than $72 million in damages, an amount that is triple the $24 million in legal fees and other damages that Trump allegedly has accrued as a result of the defendants’ purported conduct.

The Republican ex-president, who is highly litigious, filed the suit in U.S. District Court for the Southern District of Florida more than five years after defeating Clinton the race that was the subject of the supposed plot to harm his chances in the election.

During the campaign in 2016, Trump had said at a press conference, “Russia, if you’re listening — I hope you are able to find the 30,000 emails that are missing,” referring to electronic communications that had been deleted from a private email server Clinton used while she was secretary of state.

And the suit comes three years after then-special counsel Robert Mueller said his investigation had found that the Trump campaign was “receptive” to help from Russia during his 2016 campaign.

Trump has claimed that Mueller’s investigation, which was the continuation of an FBI probe into Trump campaign contacts with Russia during the 2016 race, was a witch hunt.

But in August 2020, the Senate Intelligence Committee, which at the time was led by Republicans, issued a bipartisan report that found, among other things, that Trump campaign chairman Paul Manafort had regularly met and shared information including internal campaign polling data with a Russian intelligence officer.

Trump’s suit says that while the scheme was designed to “rig” the 2016 election, “When their gambit failed, and Donald J. Trump was elected, the Defendants’ efforts continued unabated, merely shifting their focus to undermining his presidential administration.”

“The lawsuit filed today outlines the Defendants’ nefarious plot to vilify Donald J. Trump by spreading lies to weave a false narrative that he was colluding with Russia,” Trump’s lawyer, Alina Habba, said in an emailed statement.

“For years, Hillary Clinton and her cohorts attempted to shield themselves from culpability by directing others to do their dirty work for them. This lawsuit seeks to hold all parties accountable for their heinous acts and uphold the principles of our sacred democracy,” Habba said.
#Donald Trump
Add Comment