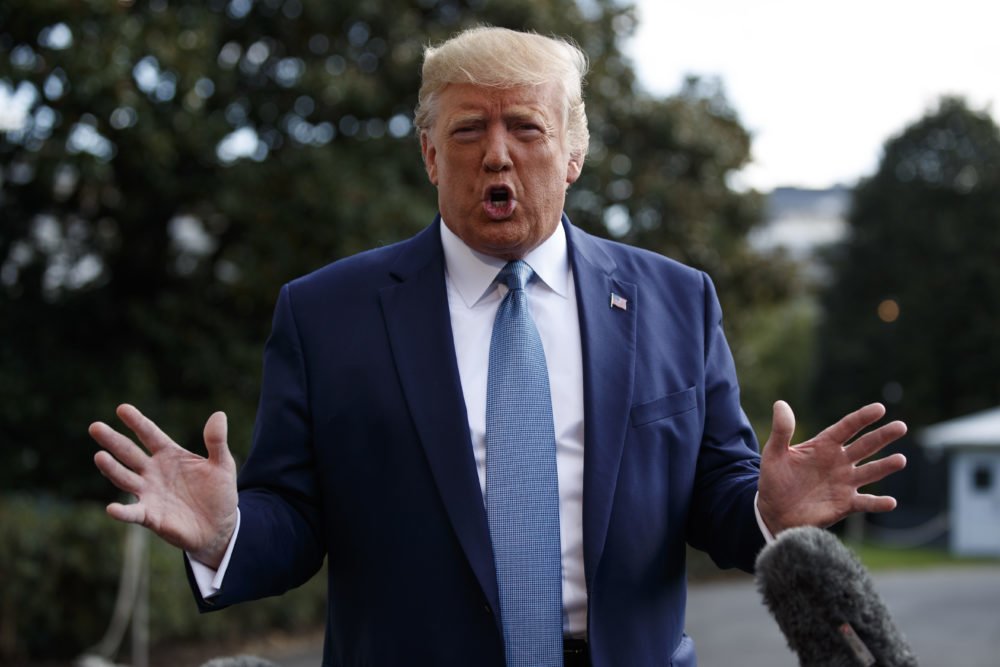 Trump says the wall has stopped immigrants and the virus

President Donald Trump visited the Mexican border on Tuesday to celebrate the construction of more than 200 miles (320 kilometers) of wall, in the hope that it will remind voters of his progress on one of his campaign promises in 2016.
Trump attributed the wall not only to having stopped illegal immigration, but also to the coronavirus, saying "it stopped COVID, it stopped everything."

But his visit took place as public health officials in Washington testified about the current coronavirus threat, and pointed to Arizona, where there is an increase in cases.

Trump was trying to regain momentum for his campaign after the weekend event in Tulsa, Oklahoma, which was supposed to be a sign of the country's reopening and a display of political strength, but instead had thousands of empty seats and raised questions about the president's campaign leadership and his reelection aspirations. The low attendance further focused attention on Trump's visit to Arizona, a state with no clear political preference and a growing focus of coronavirus infection.

By visiting the border, Trump tried to change the subject to an issue that he thinks will help revitalize his supporters in November.

"Our border has never been safer," Trump declared when meeting with Republican Governor Doug Ducey and Border Patrol officials.

Later Tuesday, Trump is scheduled to speak to a group of young Republicans at a megachurch in Phoenix, where organizers have said they expect thousands of attendees.

However, throughout the journey, the coronavirus issue will cast a shadow on the ruler. The Phoenix mayor has made it clear that she does not think it is a good idea for so many people to congregate there and has urged the president to wear a mask.

Trump has refused to wear the mask in public, turning the issue into a cultural issue between Republicans and Democrats. Surveys indicate that Republicans wear face masks much less compared to Democrats, despite expert warnings that this dramatically reduces the chance of contracting the virus.

The event with young Republicans “Students for Trump” will be broadcast on video to other like-minded groups across the country. Students for Trump is organized by Turning Point Action, a group led by Charlie Kirk, a supporter of the president. The organizers said that they had not yet finalized the sanitary measures and that they did not know if the attendees will be forced to wear masks or maintain social distance.

Since late May, Arizona has emerged as one of the nation's most serious centers of contagion.

Photos of restaurants and bars crowded with people without masks have caused controversy. Ducey, a Trump supporter, backed down last week and allowed counties and municipalities to require their citizens to wear face masks in public places.
#Donald Trump  #Covid  #Coronavirus
Add Comment