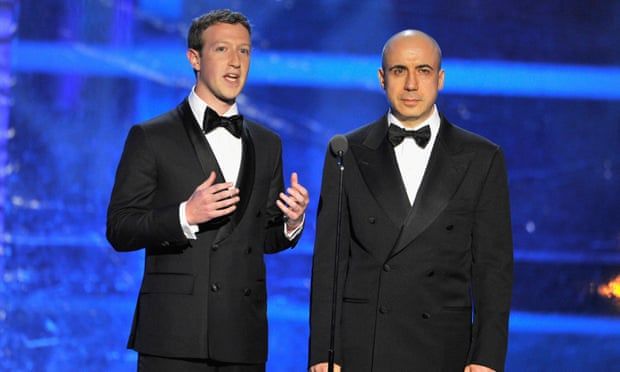 Non-Americans – whose interests don’t necessarily align with the interests of the US – assert growing influence over American politics
In 2017, Donald Trump repeatedly claimed without evidence that between 3 million and 5 million unauthorized immigrants had voted for Hillary Clinton. In the last few weeks, Trump has resurrected his lie during campaign rallies for Republican primary candidates he has endorsed – whipping up fears of “open borders and horrible elections”, and calling for stricter voter ID laws and proof of citizenship at the ballot box.

In fact, voter fraud is exceptionally rare, and claims that widespread numbers of undocumented immigrants are voting have been repeatedly discredited.

There is a problem of foreigners influencing American elections, however – but it has nothing to do with immigrants or fraudulent voting.

Some of the flow is clearly illegal. Last October, Lev Parnas, a Florida businessman who helped Rudy Giuliani’s effort to dig up dirt on Joe Biden in Ukraine, was convicted of funneling a Russian entrepreneur’s money to US politicians.

The real scandal is how much foreign money flows into US elections legally.

The US supreme court’s 2010 decision in Citizens United v Federal Election Commission opened the gates. It allows foreigners to influence US elections through their investments in politically active American corporations.

The five-justice conservative majority said that when it comes to political speech, the identity of the speaker is irrelevant, and that more speech is always better.

Stevens was right. If the identity of the speaker doesn’t matter and more speech is always better, what’s to stop foreign spending on US elections?

Non-Americans whose money is now finding its way into American campaigns – mostly benefiting Republican candidates – include Russian oligarchs, the Saudi royal family, European financiers, Chinese corporate conglomerates and many other people and organizations that owe their allegiance to powers other than the United States.

First, foreign investors now own a whopping 40% of the shares of American corporations. That’s up from just 5% in 1982.

Second, American corporations are spending hundreds of millions of dollars to influence elections – counting their separate corporate political action committees or personal donations by executives and employees. Much of this spending is through dark money channels that opened after the Citizens United decision.

Third, by law, corporate directors and managers are accountable to their shareholders, including foreign shareholders – not to America. As the then-CEO of US-based Exxon Mobil unabashedly stated, “I’m not a US company and I don’t make decisions based on what’s good for the US.”

The second and third points pose substantial threats to American democracy on their own. Add in the first, and you’ve got a sieve through which non-Americans – whose interests don’t necessarily correspond to the interests of the United States – assert growing influence over American politics.

Follow the money. In recent years, Russian billionaire oligarchs have bought significant amounts of Facebook, Twitter and Airbnb. Saudi Arabia owns about 10% of US-based Uber and has a seat on its board.

Many of America’s largest corporations with substantial foreign ownership (including AT&T, Comcast and Citigroup) have contributed millions of dollars to the Republican Attorney Generals Association, which in turn bankrolled the pro-Trump rally on the morning of the January 6 insurrection.

What to do about this? The Center for American Progress has a sensible proposal: it recommends that no US corporation with 5% or more of its stock under foreign ownership or 1% or more controlled by a single foreign owner be allowed to spend money to sway the outcomes of US elections or ballot measures.

Corporate governance experts and regulators agree that these thresholds capture the level of ownership necessary to influence corporate decision-making.

OK, but how to get this proposal enacted, when big American-based corporations with significant foreign investment have so much influence over Congress?

Democrats should make this an issue in the run-up to the 2022 midterms. While Republicans rail against the utterly fake danger to the United States of undocumented immigrants voting in American elections, Democrats should rail against the real danger to American democracy of foreign money affecting American elections through foreign investments in American corporations.
#Donald Trump  #Joe Biden  #Facebook
Add Comment