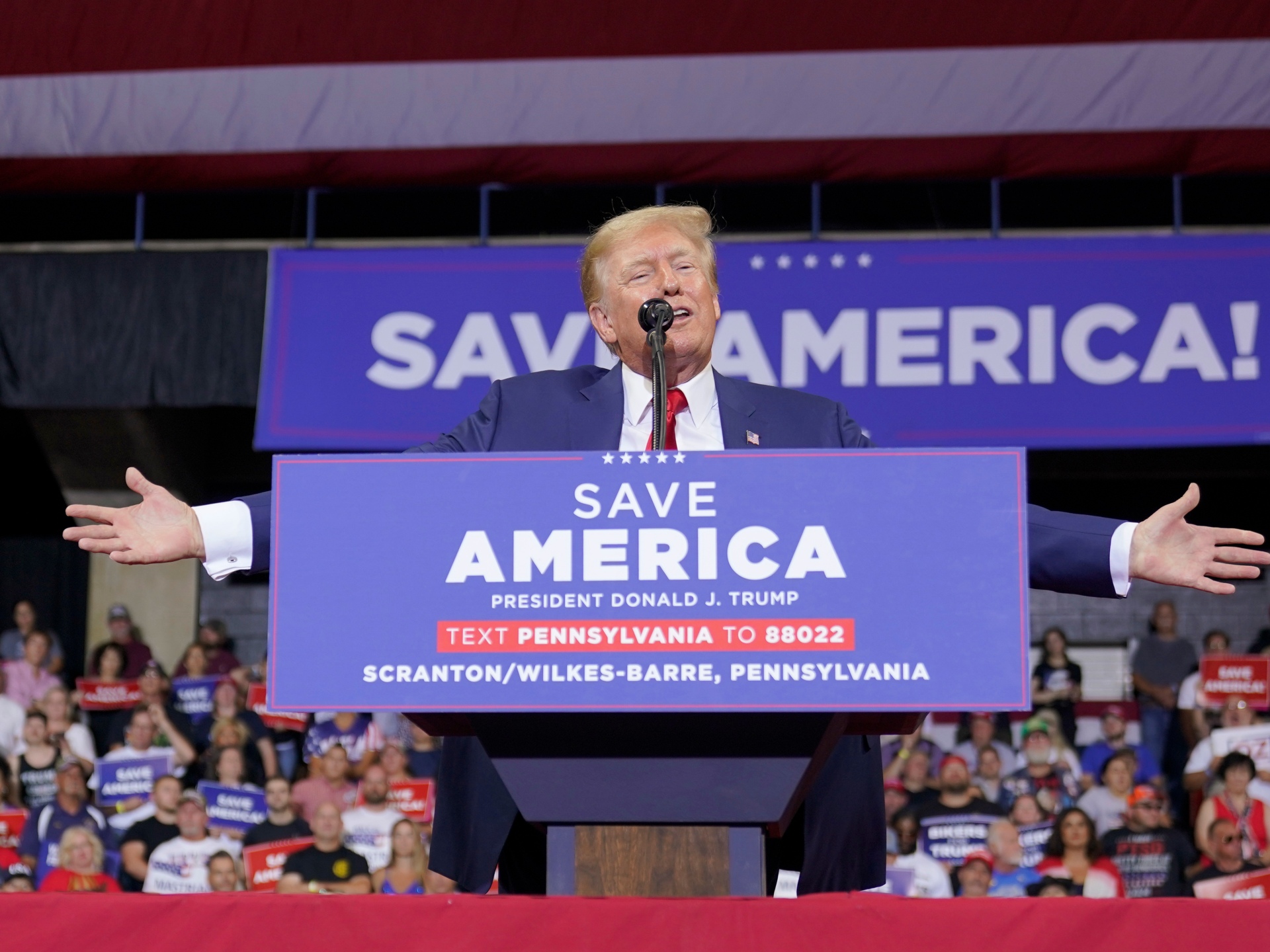 Former US president slams FBI raid, calls Joe Biden an ‘enemy of the state’ in his first public appearance since the search of Mar-a-Lago.

Former US President Donald Trump has slammed the FBI’s raid on his Florida home as a “travesty of justice” as he made his first public appearance since the August 8 search.

Addressing supporters at a campaign rally in Pennsylvania on Saturday, Trump said the raid was an “egregious abuse of the law” that was going to produce “a backlash the likes of which nobody has ever seen”.

He also hit back at his successor, Joe Biden, who in a speech this week described Trump and his Make America Great Again (MAGA) supporters as “extremists” who threaten “the very foundations of our republic”. Biden had also delivered his hard-hitting speech in Pennsylvania.

Trump slammed Biden’s address as the “most vicious, hateful and divisive speech ever delivered by an American president”.

“Republicans in the MAGA movement are not the ones trying to undermine our democracy,” continued Trump, who has repeatedly claimed the 2020 presidential election, which he lost, was rigged and whose party has made unfounded claims of voter fraud a central plank of their platform.

“We are the ones trying to save our democracy, very simple. The danger to democracy comes from the radical left, not from the right,” he said. 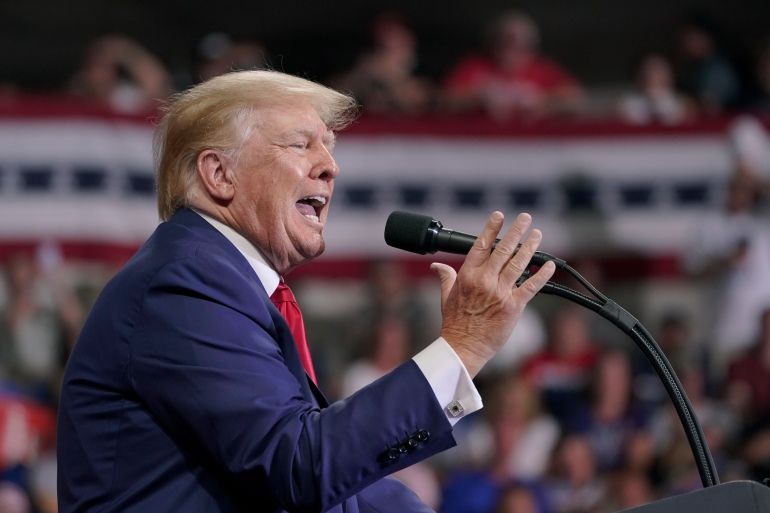 Trump slammed Biden’s address as the ‘most vicious, hateful and divisive speech ever delivered by an American president’

Trump was appearing at the rally in Wilkes-Barre ahead of November’s midterm elections, which could see Biden’s Democrats lose control of both houses of Congress. Even though Trump is not on the ballot, Biden, 79, is seeking to turn the vote into a referendum on his predecessor in a bid to hold on to the Senate and House of Representatives.

Al Jazeera’s Mike Hanna, reporting from Washington, DC, said many Republicans were concerned that Trump’s participation in the campaign could hurt the party’s chances in the November election.

“In Pennsylvania, he’s supporting both candidates for governor and the Senate. Both of these politicians are dropping very badly in the polls at this particular moment. Trump has had mixed results in terms of the candidates he has endorsed in various elections in recent months. But generally, many Republicans are concerned that his active participation could lead to a split,” said Hanna.

“Now, the Democrats, having recognised this, are framing the midterm elections as a form of a referendum on Donald Trump, particularly on what many regard as criminal behaviour. This could provide ammunition to the Democrats, and it could also be a major threat to the Republican Party come November.”

The duelling visits by Biden and Trump to Pennsylvania, a key battleground state, come as the Republican is under increasing legal pressure over the documents found by the FBI at his Mar-a-Lago estate.

The Department of Justice has said in court filings that highly classified government documents, including some marked Top Secret, were discovered in Trump’s personal office during the raid.

A detailed list of what was seized also showed Trump held on to more than 11,000 unclassified government records that he claims are his to keep – but legally are owned by the National Archives.

Among the papers seized were 18 documents labelled Top Secret, 53 labelled Secret and another 31 marked Confidential.

Trump, who is keeping supporters and commentators guessing about whether he intends to run for president again in 2024, has sued to have the documents turned over to a neutral “special master”, a move that could slow the government’s probe.