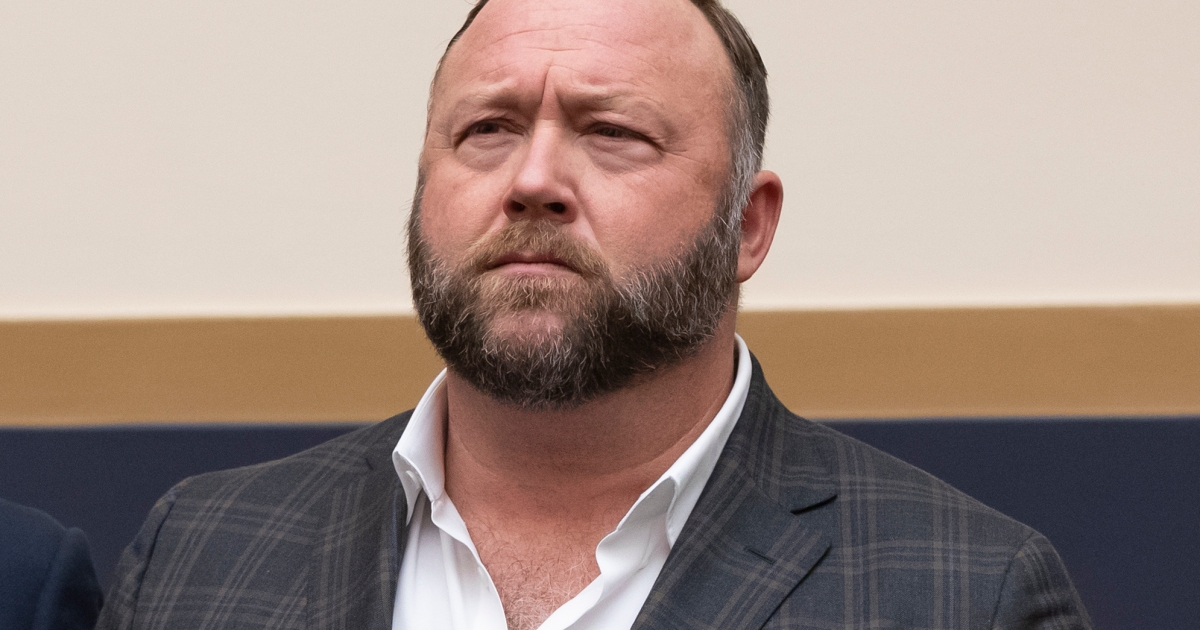 US radio host Alex Jones had said that a 2012 school shooting where 20 children and six school staff were killed was fabricated.

The jury trial of Alex Jones, a US conspiracy theorist, began in a case that will decide how much he must pay the family of a child killed in the 2012 Sandy Hook massacre that he falsely claimed was a hoax.

Mark Bankston, an attorney for the parents of slain six-year-old Jesse Lewis, told jurors on Tuesday that the Sandy Hook hoax lie became a “viral sensation” for Jones, who spread it to millions of people.

“Mr Jones was continually churning out this idea that Sandy Hook was fake,” Bankston said. “He was patient zero for the Sandy Hook hoax.”

Jones, founder of the Infowars radio show and webcast, had asserted the mainstream media and gun-control activists conspired to fabricate the tragedy in which 20 schoolchildren and six school staff were shot dead at Sandy Hook Elementary School in Newtown, Connecticut, on December 14, 2012. 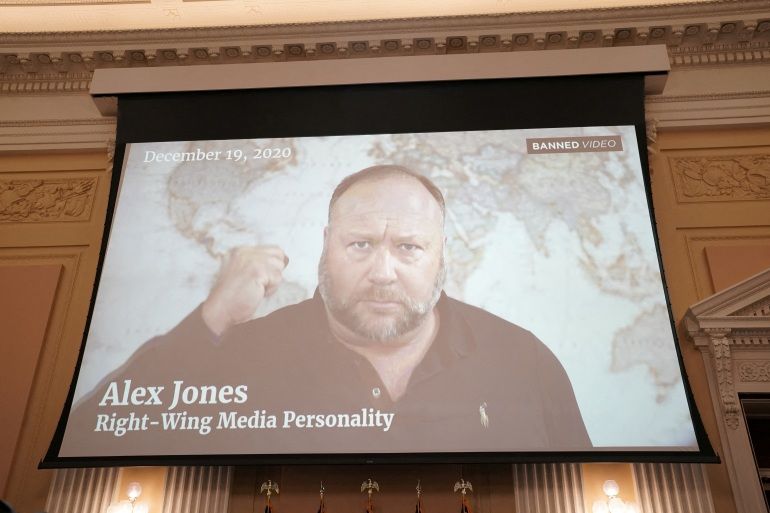 Alex Jones claimed in court records last year that he had a negative net worth of $20m, but attorneys for Sandy Hook families have painted a different financial picture

The Texas trial begins about two months after a gunman killed 19 children and two teachers at Robb Elementary School in Uvalde, Texas. It was the deadliest school shooting since Sandy Hook.

Jones has since acknowledged that the shooting took place. During a deposition in April, he insisted he was not responsible for the suffering that Sandy Hook parents say they have endured because of the hoax conspiracy, including death threats and harassment by Jones’s followers.

The defamation suit in Texas, where Infowars is based, is one of several brought by families of victims who say they were harassed by Jones’s followers and suffered emotional distress after he claimed the shooting was staged.

Judge Maya Guerra Gamble in Austin, Texas, who is overseeing the trial, issued a rare default judgment in 2021, finding Jones liable without a trial after he flouted court orders and failed to turn over documents.

The plaintiffs are Neil Heslin and Scarlett Lewis, Jesse’s parents. A lawyer for Heslin and Lewis indicated in court on Monday that they are seeking as much as $100m in compensatory and punitive damages.

During his opening address, Jones’s lawyer Andino Reynal called Jones one of the “most polariding figures in this nation”, who made statements about Sandy Hook “that we don’t dispute were wrong”. But he said Jones has already been punished for those statements when he was kicked off of Facebook, YouTube, Spotify and Twitter for violating their hate speech policies.

Jones has “already been cancelled” and lost millions of dollars, said Reynal, who called on the jury to limit the damages to $1.

Jones claimed in court records last year that he had a negative net worth of $20m, but attorneys for Sandy Hook families have painted a different financial picture.

Court records show that Jones’s Infowars store, which sells nutritional supplements and survival gear, made more than $165m between 2015 and 2018. Jones has also urged listeners on his Infowars programme to donate money.

The damages trial follows months of delays. Three entities related to Infowars filed bankruptcy in a since-dismissed case. The families of the Sandy Hook victims had said the bankruptcy was a sinister attempt by Jones to shield his assets from liability stemming from the defamation lawsuits.

Jones, who was present in the courtroom, is set to face trial in September in a similar defamation suit in Connecticut state court, where he has also been found liable for defamation in a default judgment.

The Sandy Hook gunman, Adam Lanza, 20, used a Remington Bushmaster rifle to carry out the massacre. It ended when Lanza killed himself with the approach of police sirens.