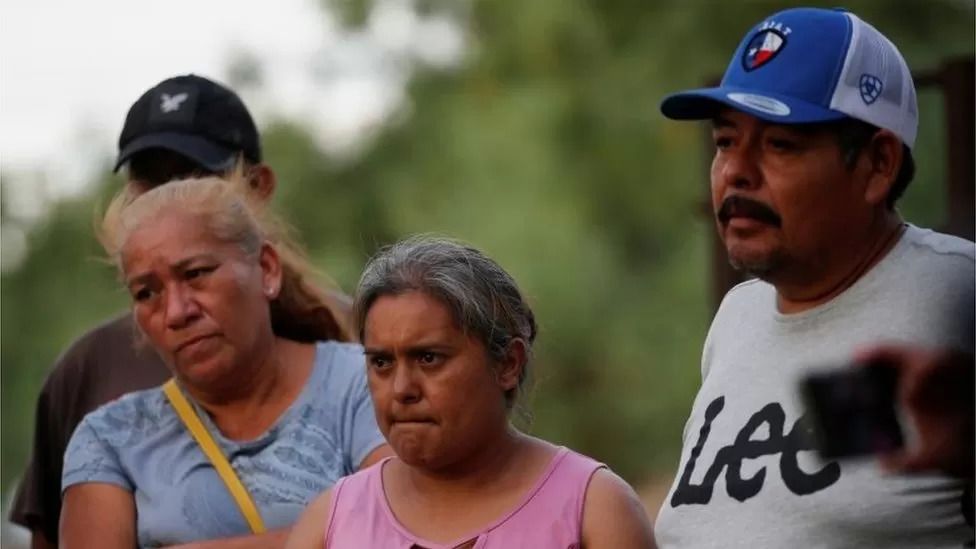 Attempts to rescue 10 men from a flooded mine in Mexico have been delayed after the water levels in three shafts rose suddenly on Sunday.

The miners became trapped on 3 August when a wall in a tunnel collapsed and water from an adjacent chamber gushed into the three shafts.

Officials say the water has to drop to a depth of 1.5m (5ft) to allow rescuers to enter the shafts safely.

But on Sunday, it suddenly rose again to more than 20m.

The governor of Coahuila state, where the coal mine is located, said the water was probably flowing into the shafts from a nearby disused mine. Governor Miguel Riquelme said engineers were trying to find the source of the leak so they can block it.

More than 200 million litres have been pumped from the shafts so far, but the rescue work has been hampered by a number of setbacks.

Last week, a special underwater drone carrying a camera was lowered into one of the shafts.

Relatives of the miners had hoped the drone would provide them with long-awaited news on their loved ones, from whom there has been no sign of life since the accident 12 days ago.

But the drone failed to reach the depth at which the miners are believed to have become trapped.

"There are a great number of solid obstacles and turbulence in the water, which make visibility very limited," a statement said.

"These are not conditions in which we can send in search and rescue teams."

Relatives of the 10 trapped miners again expressed frustration and anger at the slow pace of the rescue effort and at what they said was a lack of communication.

"We want them (authorities) to tell us what is happening: if they have identified the places where water is coming through and why," a member of miner Sergio Cruz's family told Reuters news agency.

Priests in the area have been saying prayers for the miners' rescue.