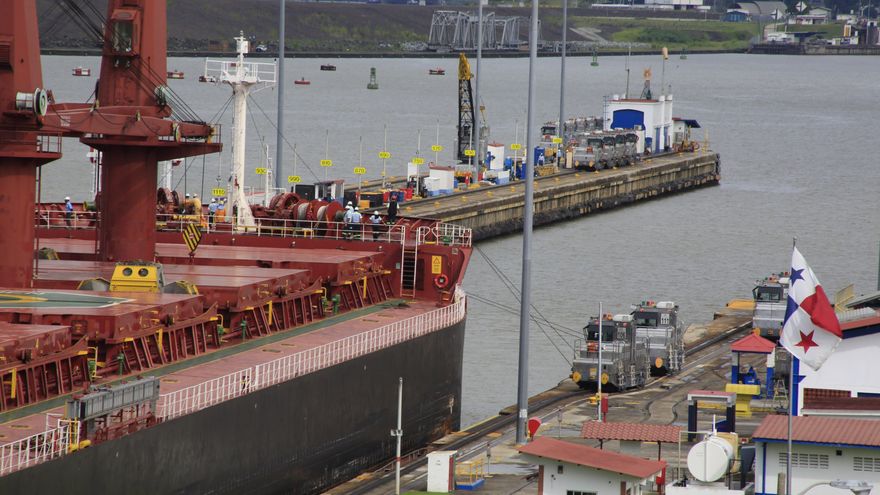 The Panama Canal could be affected in 20% of its transits in the worst case scenario due to the crisis caused by the COVID-19 pandemic, the highway administrator, Ricaurte Vásquez, said on Wednesday.
In extreme cases the Canal, through which 6% of world trade passes, could be affected in 20% of its transits, but we do not have a fatalistic view; the world will continue to carry out international trade to find trade alternatives to continue working, said Vásquez.

The budget of the Panama Canal Authority (ACP) for fiscal year 2020, approved before the coronavirus crisis, foresees revenues over $3.4 billion, and a contribution to the Panamanian treasury of over $1.8 billion.

In a virtual seminar organized by Moody's, the head of the ACP noted that in the first six months of the fiscal year, which runs from October to September, the results of the operation were even above what was budgeted, but as of April the impact of the pandemic began to be sink in.

Vásquez spoke about the changes in international trade derived both from the trade war between the United States and China, the two main users of the canal, and the developing pandemic.

There is a rearrangement that COVID-19 accelerates and that affects the distribution and manufacturing processes, and the big question is how long will this adjustment take to be able to normalize trade with different rules, from sanitary norms to non-tariff protectionism.

These changes can be observed in the canal, where the growth of manufacturing that has crossed has not grown at the expected speed, the car segment has been severely punished, while there is greater movement, for example, of raw materials.

The challenge is the access to the water required by the operation of the Canal, which has already applied measures to make more efficient use of the resource and is looking for new sources, which is why it is analyzing the possibility of desalinating sea water.

In the context of changes in international trade, Vásquez said that the ACP will have to be more aggressive in looking for market possibilities.

We have to consider the possibility of going to seek opportunities with our client's clients. These are the new paradigms, and we are going to have to face them, he said.

Vásquez also highlighted the importance of the US economy for the Canal, because two thirds of what goes through it leaves or goes to the American giant.

On the impact of the COVID-19 on the operations of the road, Vásquez said that the commitment is not to close it, that the ACP works with the indispensable person with long shifts and that he considers that for two years it will work within the concept of a health emergency.

The Panama Canal, which connects more than 140 maritime routes and 1,700 ports in 160 countries, was built by the United States at the beginning of the last century, which transferred it to the Panamanian State on December 31, 1999.

The APC inaugurated in June 2016 the first expansion of canal, which has allowed it to record contributions to the Treasury in recent years.
#COVID-19  #Covid  #Coronavirus
Add Comment