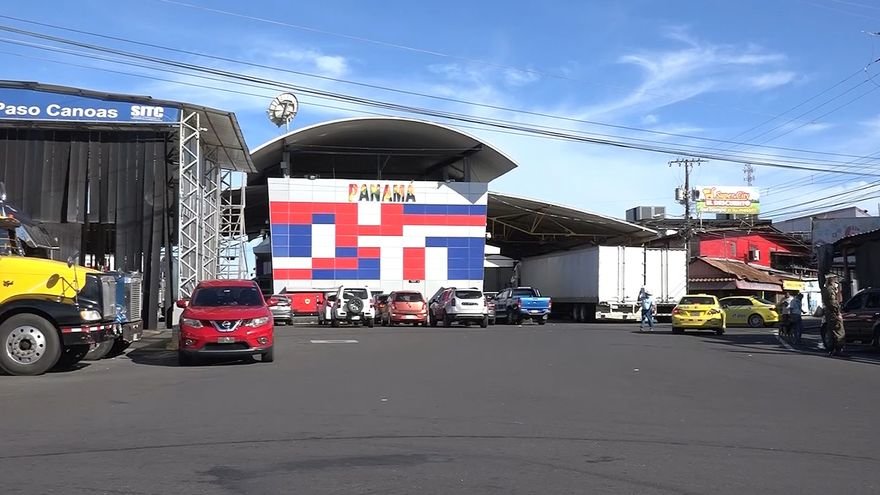 Transit resumes at the Panama-Costa Rica border amid protests

Traffic through the main border crossing between Panama and Costa Rica began to resume this Sunday after several days suspended by blockades of protesters in Costa Rican territory that were forcibly lifted in the last hours, reported cargo transport leaders and Panamanian authorities.
In effect, in the early hours of the morning, Paso Canoas was cleared, the customs office between Panama and Costa Rica, where more than half a thousand trucks gathered due to protests on the Costa Rican side, the president of the Transportation Commission told EFE of the National Chamber of Freight Transportation (Canatraca), René Paredes.

Transport units that were in Panama "are moving to the northern border of Peñas Blancas", the border crossing between Costa Rica and Nicaragua, and as they advance, the closures (with which they run into) are being forcibly lifted by the Costa Rican authorities, as explained by the Panamanian union leader.

Commissioner Rafael Álvarez, head of the Western Battalion in Chiriquí of the National Border Service (Senafront), assured EFE that trucks are entering normally from Costa Rica.

Álvarez commented that near this noon there were two freight transports stopped in the sprinkler area on the Costa Rican side of customs, where trucks must pass to be fumigated as part of the anti-COVID-19 measures, which slowed the outbound transit from Panama.

That is why I have between 30 to 40 trucks along the highway waiting for them (Costa Ricans) to start the movement to cross over there. It is coordinating with Commissioner Rafael Araya of Costa Rica, added the head of the border police.

He specified that in the last hours at least 60 of 298 Nicaraguans who were stranded at the border due to the conflict and in the middle of the return trip to their country already left in passenger transport, and that the rest were in the process of doing so.

The protests in Costa Rica began last Wednesday against a possible negotiation by the Government with the International Monetary Fund (IMF) to access 1.75 billion dollars, which would include fiscal measures such as the creation and increase of taxes, among others.

The Costa Rican Ministry of Security reported this Sunday that between Saturday night and this morning it cleared blockages on several roads in the interior of the country, including the one that leads to the border with Panama, and that at least 15 policemen were injured in clashes with the protesters. In addition, two people were arrested.

On Saturday there were about 40 roadblocks at strategic points on the country's highways, where protesters burned tires and in some areas clashed with police, and the closures are expected to continue this Sunday.
#Costa Rica  #COVID-19  #Covid
Add Comment