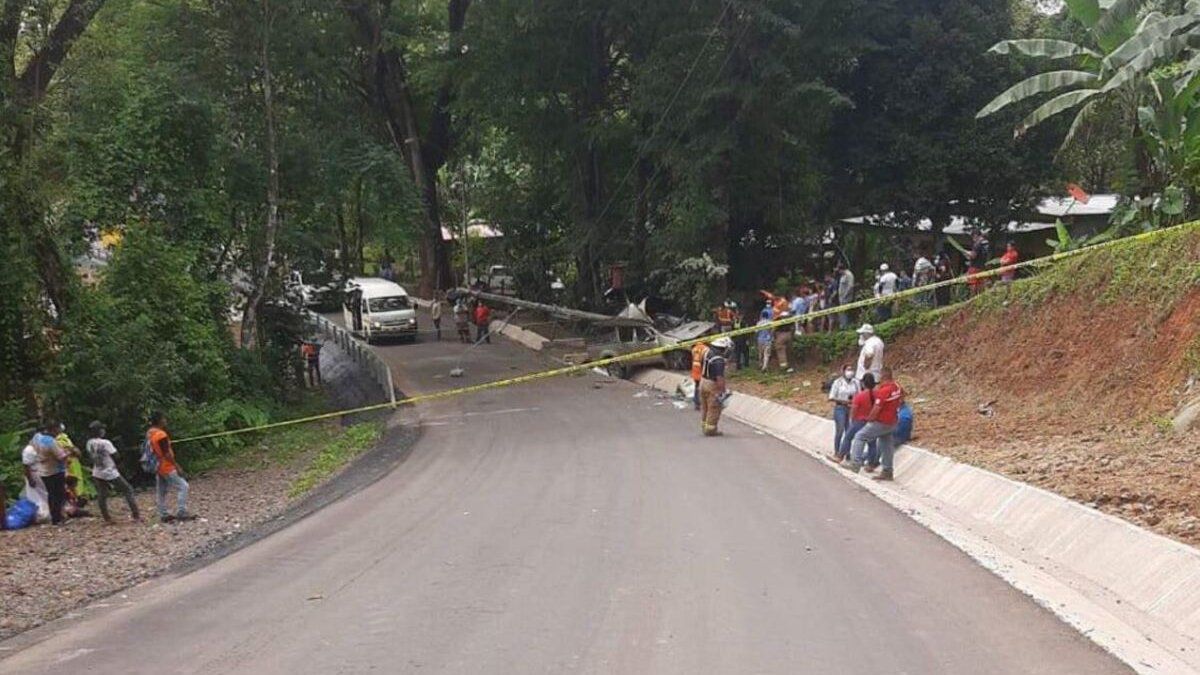 The accident occurred when a vehicle hit a fixed object that was close to an educational center located in La Cieneguita in Chiriquí.

The incident was recorded when the pick-up vehicle in which they were traveling left the road and hit a fixed object that was close to the San Juan school.

After the impact, the light pole they hit fell on the car.

Units from the Meritorious Fire Department and the Rescue team arrived at the site, as well as personnel from the National Directorate of Traffic Operations (DNOT), who cordoned off the area.

The passage in this area was blocked so that personnel of the Public Ministry (MP) carry out the removal of the bodies; Drivers are advised to avoid driving through this area. Residents and workers who were in place told the authorities how the event was registered.