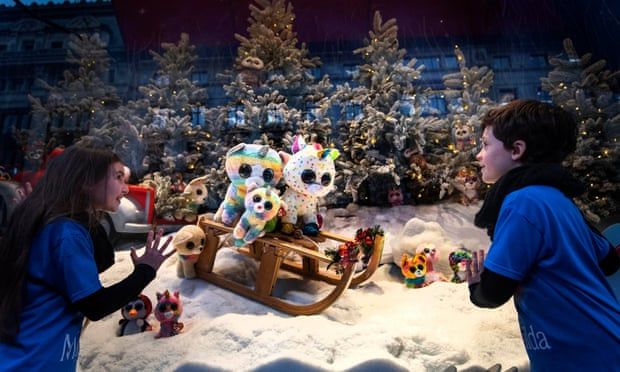 Toys could be in short supply this Christmas, so get buying now, industry warns

It may be August, but the nation’s toy shops have already issued an alarming plea to parents desperately trying to enjoy a summer break. If you know what your child wants for Christmas – and you want to avoid the most frenetic scramble for presents in years – buy it now and hide it in a cupboard.

Seasoned figures in the toy industry have told the Observer that consumers will face higher prices and greater scarcity on the shelves this Christmas as a result of a “perfect storm” of economic pressures that have disrupted their plans. Despite their best efforts, they warned it was already too late to resolve the bottlenecks in time for this year.

“I don’t want to be alarmist,” said Gary Grant, founder of The Entertainer chain of toy shops, “but I can say that there’ll be more hunting around for things at Christmas than there has been for a good number of years. My advice would be, as soon as parents know either what they want to buy their children or what their children are already asking for, if you see it, buy it. Buy it and hide it to avoid disappointment.”

Some bigger chains have already been trying to hoard stock to head off supply problems, but there is a limit to the warehouse space they have available. “Our warehouses are bulging,” said Grant. “But half of the whole year’s turnover in the toy trade is made in the last quarter. We don’t have warehouses big enough to hold our full demand of stock.” While a series of pressures have combined to cause the potential Christmas crisis, the extraordinarily high costs and limited availability of the shipping containers needed to bring stock from manufacturing bases in Asia are the main issues.

Industry figures said the costs of securing a container had risen by between 10 and 15 times over the last year. Grant said that shipping a 40-foot container from China historically cost about $1,500 (£1,000), but today costs ten times that.

While rising prices have led some toy importers to delay their orders, even those willing to pay are often not able to secure a container. 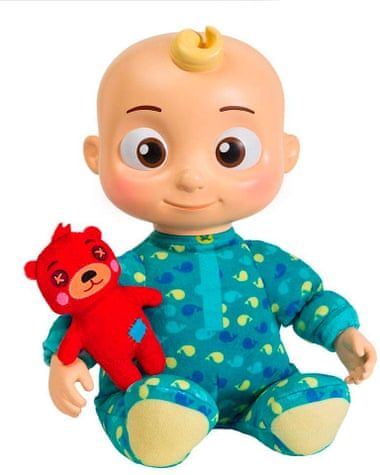 A musical bedtime JJ Doll from the popular Cocomel brand.

Grant confirmed: “We as a company probably have 200 containers-worth of made stock in China, but we can’t get the containers to transport them. I’m only moving half the number of containers a week at this time of the year than I would expect to move. In the UK, it will mean that there will be more stock shortages this Christmas than we’ve had for many, many years. Toys are one of the commodities that will be affected by this.”

As a result of the pandemic, shipping containers have piled up in the wrong places, either waiting to be unpacked or sitting empty. Production of containers themselves also slumped last year.

In addition to the shipping difficulties, toy retailers are facing a shortage of lorry drivers when goods arrive in the UK. Higher demand during lockdowns, a typhoon in China in July and the reintroduction of Covid restrictions in some Chinese manufacturing bases have all exacerbated the problems. “It’s just a total perfect storm,” said Simpson. “Everything that can possibly go wrong has gone against us this year.”

While many importers and retailers face these problems, the seasonal nature of the toy trade has meant that supply issues cannot be resolved by the time children have set their hearts on their Christmas gift of choice.

“In a normal year, a toy company would be able to start to see how the sales were going,” said Natasha Crookes from the British Toy and Hobby Association. “They might be able to up manufacture and do a really quick shipment to backfill where things are selling through. It’s going to be near impossible for people to do that this year.

“There will be stock, but it’s not one of those years where you can just leave it until the last minute and think it will still be there. Get it when you see it.”

Retailers said it was too soon to tell what the most in-demand toys would be this Christmas, but said demand for Paw Patrol figures, fidget popper stress relievers and the preschool Cocomelon brand were all high.

Unwelcome as it may seem, drawing up a Christmas shopping list while on the beach this summer may be the answer.

“There will never be a toy shop without toys at Christmas, but that isn’t the point,” said Grant. “Children don’t want any toy. They want the toy that they want. Therefore, it will be much more challenging this Christmas to ensure the full availability of all toys.

“The issues that we’re facing are not just a current blip. We can’t solve it fast enough for this Christmas. These transport issues have another year to play out.”