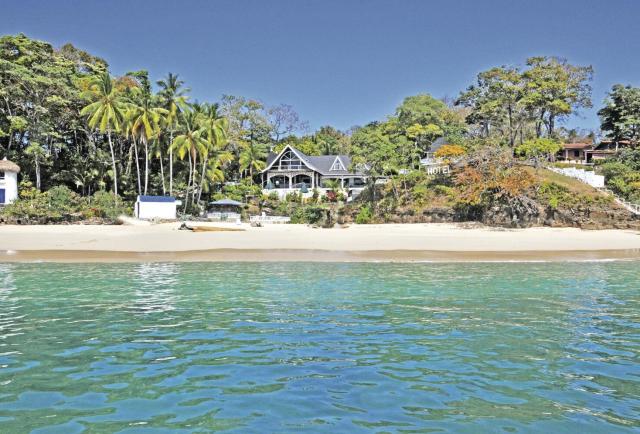 Five projects are covered by the Incentive Law and will be built in Bocas del Toro, Chiriquí, Archipelago de las Perlas and Punta Chame.
Some $ 371,843,971 in new tourism investments, to be built in areas with great tourism potential, attracted Law 122 of December 31, 2019, which dictates incentive regulations for the promotion of tourist activities in the interior of the Republic, reported the National Government.

These five projects that are covered by the Law of incentives for tourism investments, will be built in Bocas del Toro, Chiriquí, Archipelago de las Perlas and Punta Chame.

The regulation of the Law that modified Article 9 of Law 80 of November 8, 2012, was signed by the President of the Republic, Laurentino Cortizo Cohen, on July 27, 2020, with the aim of promoting investment and financing for the development of new projects or new stages and extensions of existing investments in the interior of the country.

This Law is a catalyst for investments through mechanisms that will facilitate the capitalization of projects, thus becoming an important tool to combat poverty and inequality in the country by creating jobs.

It grants a tax credit to the investor who is the first purchaser of the bonds, shares and other financial instruments issued by the tourism company. The investor, whether national or foreign, may use this credit from the second year of the investment up to a maximum amount equivalent to 50% of their income tax, provided that it does not exceed 15% of the initial amount of the tax credit and until 100% is consumed, over a period of 10 years. Additionally, the credit may be assigned for all or the unused portion of the credit.

This incentive will be granted until December 31, 2025 to investors who are not directly or indirectly linked to the tourism company that issues the financial instrument.

The Law also indicates that bonds, stocks and other financial instruments must be registered in the Superintendency of the Securities Market, as well as in the Stock Exchange of the Republic of Panama and issued by companies that are registered in the National Tourism Registry.

According to ATP estimates, this incentive will have a positive impact on the industry, currently affected by the global pandemic of the new coronavirus, through the attraction of new investments for hundreds of millions of dollars, improving the tourist plant in the interior of the country, as is the case with projects that are already in process.

Additionally, Law 122 contributes to the implementation of the Sustainable Tourism Master Plan (PMTS) 2020-2025, which based on the Tourism-Conservation-Research (TCI) model, proposes to focus efforts on attracting investments for conservation and towards projects that value the positioning of the Panama brand and the preservation of the environment, culture and impact communities, that is, investment that reinforces the environmental, social and cultural sustainability of destinations.
#Coronavirus
Add Comment