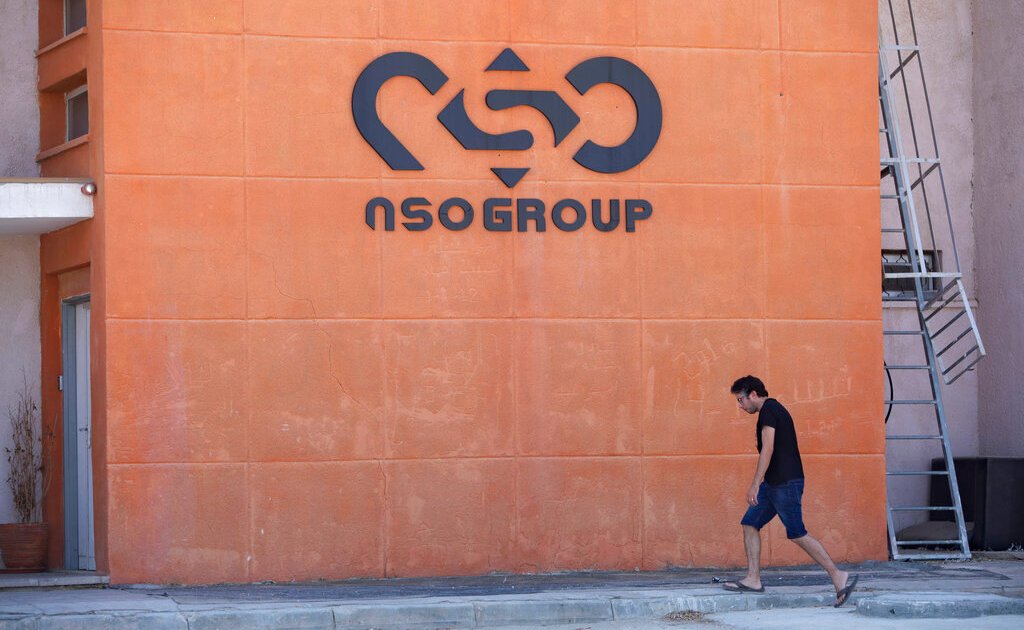 The United States Supreme Court wants the administration of President Joe Biden to weigh in on whether NSO Group has sovereign immunity from civil litigation in US courts to assess whether a lawsuit by WhatsApp against the Israeli spyware company can proceed.

NSO Group’s lawyers had argued that because the company’s product is used by foreign governments and law enforcement agencies, the firm is protected from civil lawsuits on US soil.

Last November, a US Court of Appeals dismissed NSO Group’s push to assert legal immunity, but on Monday the top US court asked the US Department of Justice to “file a brief in this case expressing the views of the United States”.

WhatsApp – owned by Meta Platforms (formerly Facebook) – is suing NSO Group over the alleged targeting of its servers in California with malware to gain unauthorised access to approximately 1,400 mobile devices in violation of US state and federal law.

The Israeli firm has sparked outrage from rights groups after a 2021 investigation by international media outlets revealed its Pegasus spyware was used by security forces and authoritarian governments in several countries.

Last year, the San Francisco-based Ninth Circuit Court of Appeals affirmed a lower court’s decision to allow WhatsApp’s lawsuit to proceed, stressing that NSO Group does not qualify for sovereign immunity even if its clients are foreign government agencies.

“NSO claims that it should enjoy the immunity extended to sovereigns because it provides technology used for law-enforcement purposes and law enforcement is an inherently sovereign function,” Judge Danielle Forrest, who was appointed by ex-President Donald Trump, wrote in the ruling.

“Whatever NSO’s government customers do with its technology and services does not render NSO an ‘agency or instrumentality of a foreign state,’ as Congress has defined that term. Thus, NSO is not entitled to the protection of foreign sovereign immunity.”

NSO Group appealed the ruling to the Supreme Court. In a May filing to the top court, the firm’s lawyers called the appeals judges’ decision “dangerously wrong”.

“It also will impede the United States’ ability to protect its national security, because the government relies heavily on private contractors to provide the technology and expertise necessary to defend the nation against foreign and domestic threats.”

In the original legal complaint, WhatsApp accused the Israeli firm of breaching its terms of service and undermining the messaging platform’s “reputation, public trust and goodwill” with hacking activities.

Last year, the Biden administration sanctioned NSO Group – adding it to the “Entity List” of companies considered to be engaged in activities contrary to US foreign policy and national security – after accusing it of enabling “transnational repression” with its spyware.

WhatsApp’s lawyers cited the sanctions in a filing to the Supreme Court earlier this year, urging the justices to disregard the Israeli firm’s request for reviewing the lower court’s decision.

“The United States has determined that NSO’s spyware activities — the very type of activities for which NSO seeks immunity — are contrary to US national-security and foreign-policy interests, and has therefore added NSO to its Entity List restricting the export, reexport, and transfer of covered entities’ items,” WhatsApp’s lawyers wrote.

“Even if private entities were eligible for common-law foreign sovereign immunity (they are not), a company on the Entity List would have no plausible claim to such immunity.”

NSO Group has regularly denied allegations of enabling human rights abuses, saying that its spyware, which is licenced by the Israeli government, is meant to track criminals and “terrorists”.

Last year, it also dismissed the findings of the investigation into Pegasus, which was based on a major data leak, as “uncorroborated theories”.

But rights groups, including Amnesty International, have accused the group of flouting its “human rights responsibilities”, calling on the Israeli government to revoke the firm’s permits.

Ken 241 days ago
The small hats were the ones that owned the slave ships bringing blacks from Africa to the United States, I find it strange that the blacks hate the Asian people and not the small hat people. There are some good articles written about the ports on the east coast that were used and the high percentage of blacks that died on route, but the males were chained up in the bottom of the boat for mobths at a time. The woman and kids were allowed up on deck. Laying in excrement for months on end would make me hate the ship owners and slave sellers. But maybe that's just me E

Get a life. Be better instead of spreading hate against people who support you and your economy.
(and by the way - what NSO is doing is done by your government, against the law and against the constitution, so why the fire is pointing only against NSO and not any privacy-violation?)

Ken 242 days ago
Just kick all small hat people and their businesses out of the country. The USA does not need the money changers
View all comments (3)Add comment