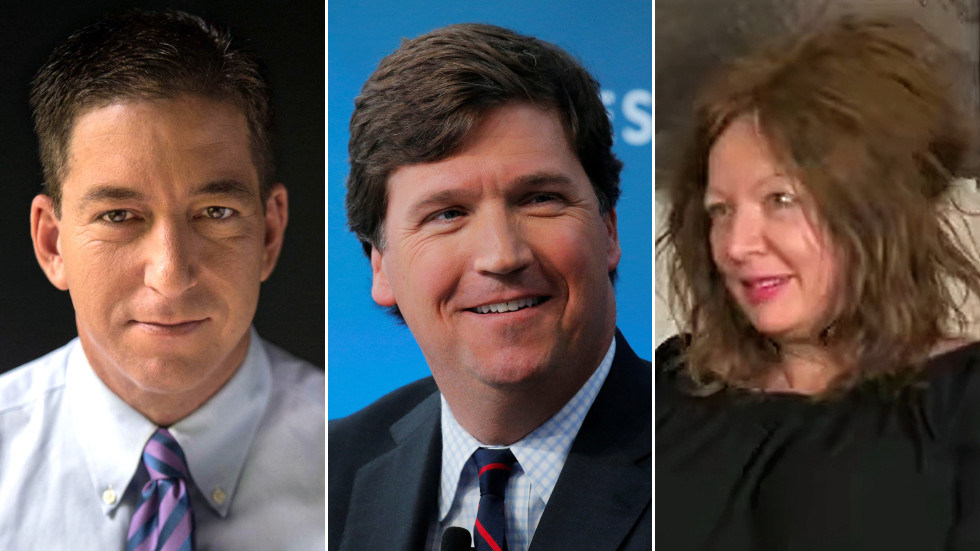 In RT’s The Wokies series, we’ve honored the professional MSM moaners who spent much of 2020 lecturing their audience on the finer points of woke doctrine. Now we recognize the journalists and pundits who refused to bow down.

Race riots, a presidential election, and a global pandemic gave the media plenty to report about in 2020, but also plenty to virtue-signal about and pontificate on. And pontificate they did. After a year in which woke wackiness went mainstream and social justice replaced actual justice, RT’s The Wokies honors the few who pushed back, or simply held onto their common sense.

“In a time of universal deceit, telling the truth is a revolutionary act,” reads a famous quote sometimes attributed to George Orwell. Suzanne Moore probably didn’t think of herself as a revolutionary when she wrote in March, “Sex is not a feeling. Female is a biological classification that applies to all living species. If you produce large immobile gametes, you are female.” But to trans activists, she may as well have tossed a Molotov cocktail.

Moore’s piece appeared in the Guardian – usually a soapbox for the wokest of the woke – and was met with a public letter of attack signed by the Green Party’s co-leader Siân Berry, Members of Parliament Zarah Sultana and Nadia Whittome, UK Black Pride founder Lady Phyll, and Kate Allen, director of Amnesty International UK. Others were less restrained, with some issuing death and rape threats to Moore and her children.

Even 338 so-called journalists at the Guardian complained to their editor about Ms. Moore’s nasty words, and Moore parted ways with the liberal paper. Well done, journalists.

The notion that journalists should hold the powerful accountable and speak out against tyranny and corruption on both sides of the political aisle is one lost on many reporters, whether they’re parroting spy agency propaganda to get one over on Donald Trump, or ignoring the misdeeds of Democrats to aid his removal from office.

Glenn Greenwald, however, has not gone down this route. As journalists of all stripes jumped aboard the ‘Orange Man Bad’ bandwagon, Greenwald stayed principled, calling out the ‘Russiagate’ investigation as bogus, the modern left for cosying up to the censorious tech titans, and even his former news outlet, The Intercept, for laundering news in favor of Joe Biden.

Needless to say, Greenwald’s liberal counterparts aren’t happy, and spent much of 2020 accusing him of cosying up to Trump, and by extension Russia – flogging exactly the same dead horse for which Greenwald regularly ridicules them.

The legacy media’s continued beclowning of itself offers little to viewers and readers looking for original thought and analysis. Against this, a new ecosystem of bloggers, podcasters, and Twitter s**tposters has sprung up to fill the void.

Leftists tired of identity politics and lectures on the inherent racism of gardening are tuning in to ‘Red Scare,’ an American podcast presented by Anna Khachiyan and Dasha Nekrasova – two commentators unafraid to shred the pieties of their own side.

Right-wingers looking for something beyond the network of college-Republican grifters are seeking out Bronze Age Pervert’s thundering sermons against modernity and liberalism, peppered with 4chan lingo and philosophical musings. Meanwhile, cynics of all persuasions are reading Niccolo Soldo’s Substack blog, in which the Croatian contrarian brutally scrutinizes US foreign policy and rails against the neoliberal consensus.

Or you could just re-read the 1619 Project again, if Pulitzer-winning propaganda is more your thing.

Anyone can use their social media platform to rant, rave, and condemn the mainstream wokescolds and their agenda, but few have had the impact of Christopher Rufo. A researcher and writer, Rufo began exposing the content of ‘Critical Race Theory’ seminars on Twitter this summer, revealing in detail how federal agencies and megacorporations pay ‘diversity consultants’ to lecture their white employees on their inherent white supremacy, their “unconscious biases,” and their need to renounce their “white privilege” while simultaneously “owning their racism.”

On taking office, Biden has vowed to reverse Trump’s ban. Rufo, meanwhile, has promised to file lawsuits, telling the practitioners of Critical Race Theory to “buckle up.”

Earlier this summer, a group of 150 academics, journalists and public figures put their names to a letter published in Harper’s Magazine, in which they publicly condemned the creeping “ideological conformity” of the left.

The letter triggered a storm of controversy, with the most hysterical woke activists complaining they felt “less safe” around its signatories afterwards, and a group of these social justice-minded figures coming together to declare the Harper’s gang “racist” in their own missive.

However, the letter wasn’t exactly the hammer blow against the woke left its signatories would have you believe. It opened with some perfunctory lines condemning Donald Trump and praising the Black Lives Matter movement, was signed by figures like JK Rowling who’ve attempted to “cancel” their opponents before, and excluded some potential names deemed too controversial.

A little victory at most, but in this woke world, we get the heroes we deserve.

Name one TV host so controversial that a mere appearance on his show is grounds for a good old-fashioned canceling. Yep, it’s Fox News’ Tucker Carlson. Carlson spent 2020 excoriating BLM, the woke “mob” and their supporters in politics, big tech and the journalists cheerleading its censorship efforts, and the “DC elites” who pushed the “defective” Joe Biden across the finish line and into the presidency.

Liberals have called Carlson’s prime-time show “the white power hour,” but the average American clearly disagrees with the hysterics: ‘Tucker Carlson Tonight’ broke all records this July to become the highest-rated program in cable news history.

4. Andrew Doyle and his woke alter-ego

Andrew Doyle is a comedian and self-described “anti-woke” columnist with Spiked – a description that by itself doesn’t raise many eyebrows.

However, Doyle’s single greatest contribution to the anti-woke cause has been the creation of Titania McGrath, a parody Twitter account that satirizes the modern left’s worst excesses with such skill that it’s often impossible to tell Titania’s posts from those of the most committed social justice warriors.

Indeed, McGrath’s satirical comments are so perfectly on the nose that they’ve tricked conservatives and, in some cases, foreshadowed actual articles in mainstream outlets. When Doyle, via McGrath, called Helen Keller out last year on her “staggering” levels of white privilege, he likely had no idea that Time Magazine would agree a year later, writing this month that, to some black activists, Keller, despite disabilities, was “just another privileged white person.”

Like the Harper’s signatories, Matt Yglesias would not be included here had wokeness not completely jumped the shark in 2020. A progressive, and the co-founder of Vox, Matt parted ways with the liberal news site in November, joining Greenwald and some of the new alternative pundits blogging on Substack instead.

Though a liberal, Yglesias wrote that he divorced himself from the “college grad bubble” of the modern left media – which pushes non-starter ideas such as defunding the police and making the word “Latinx” a thing – to focus on genuine, non-woke issues.

Predictably, Substack itself was soon declared racist by mainstream pundits.

Another left-leaning journalist to pack it in and head for Substack this year was Rolling Stone’s Matt Taibbi. Making the move in April, Taibbi criticized the “left leaning” news outlets in the US for leaning “not really ‘left’ but ‘aligned with the Democratic Party.’”

Since then, Taibbi has continued to expose wrongdoing on both sides of the political divide, as well as negligence and sycophancy by the press, in particular, the liberal media peddling intelligence-agency hokum in the name of ‘Russiagate’.

Meanwhile, Rolling Stone is publishing articles on the ethical minefield that is living with Trump supporters.

When BLM rioters took to the streets after the killing of George Floyd in May, the mainstream media was determined to present the lawlessness in as positive a light as possible. Some unintentionally hilarious moments ensued, such as CNN’s description of a burning Minneapolis as “fiery, but mostly peaceful,” and MSNBC’s explanation of the unrest as “not, generally speaking, unruly.”

The rioting soon spread, and when Antifa groups joined in, the media remained keen to downplay the violence consuming cities such as Portland and Seattle.