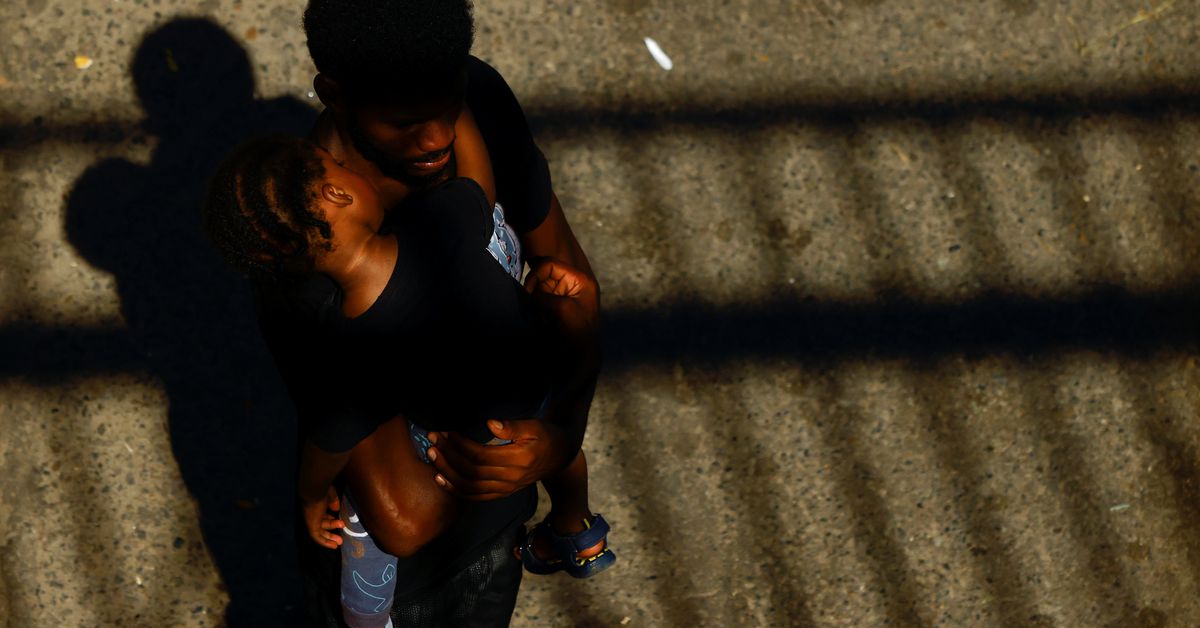 Tired and broke, migrants in caravan turn back to Mexico's southern border

Hundreds of mostly Haitian migrants, broke and exhausted, turned back to the city they had left a day earlier on Mexico's southern border, having failed to persuade authorities to move them to other parts of the country, caravan organizers said.
Entire families carrying their belongings began the return trek to the southern city of Tapachula, after authorities said they would not be taken to other parts of Mexico immediately, despite pressure from migrants who set up road blocks.

Haitian Bruno Noel was among hundreds of people who had a more than 26-kilometer (16-mile) walk ahead from Huehuetan in Chiapas state to Tapachula near the Guatemala border.

"I'm going to Tapachula because they're not taking care of us," Noel said, walking along a highway. "Everything's tough, the money has run out, nobody wants to help us."

"We tried (to advance) in the caravan but couldn't. I don't know what we're going to live on without work," he added, visibly exhausted as he hauled a large backpack.

A recent rise in Haitians trying to make their way through Mexico has been spurred by economic malaise, an earthquake and political turmoil following the assassination of Haitian President Jovenel Moise in July. Many aim to reach the United States, while some are hoping to find work and remain in Mexico.

Mexican authorities last week started bus transfers of thousands of migrants who were stranded in Tapachula to other regions of the country, promising to legalize their immigration status after they staged roadblocks and protests.

Hugo Cuellar, an official with the government's National Migration Institute (INM) told migrants in Huehuetan it had been their decision to come, urged them to be patient and told them not to block streets in protest.

"Blocking the streets is a crime... from the moment you keep blocking streets, you will not only be migrants, you will be criminals," he said.

Migrants interviewed by Reuters said several of them had fallen ill, which was among the reasons they decided to turn back rather than wait for transportation elsewhere.

Luis Garcia, a caravan organizer, told Reuters by phone about 800 migrants were returning to Tapachula due to threats of deportation by Mexican security forces.