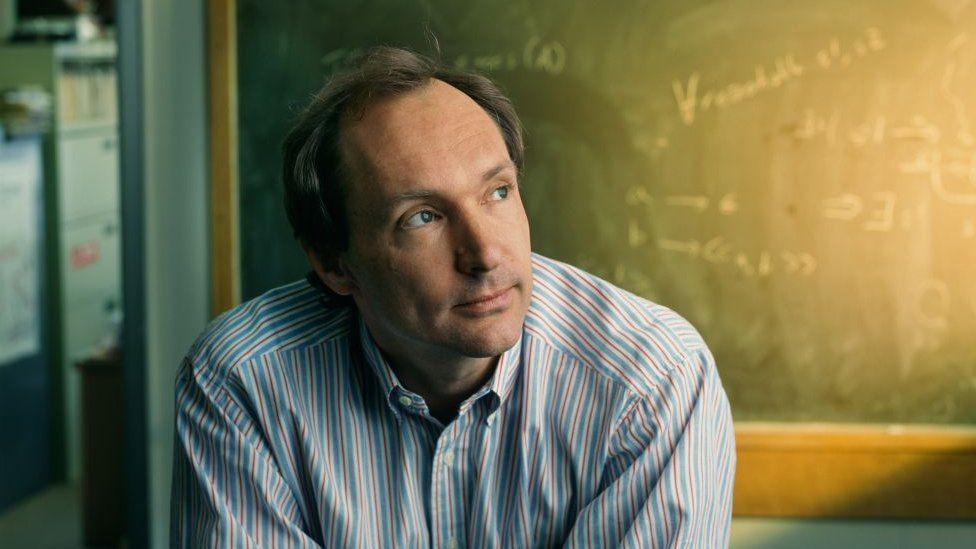 The original source code for the world wide web has been sold as a non-fungible token, making $5.4m (£3.9m). The sale came with a bundle of assets, including an animated video and a letter from Sir Tim.

NFTs are certificates of ownership for digital assets, which often do not have a physical representation.

They do not necessarily include copyright control - and critics say they are get-rich-quick schemes that are bad for the environment.

World-wide-web creator Sir Tim Berners-Lee sold the NFT to an unidentified buyer, through auction house Sotheby’s.
The highest bid stood at $3.5m for most of the last day of the auction - but there were a flurry of bids in the closing 15 minutes.

The profits would go towards causes chosen by Sir Tim and his wife, Sotheby’s said.

Four different items were sold as part of a single NFT:

* time-stamped files of the source code
* an animated video of the code being written
* a letter from Sir Tim
* a digital poster of the code, created by Sir Tim

The sale surpassed the $2.9m (£2m) spent on Twitter founder Jack Dorsey’s first tweet but fell short of the record amount an NFT has been sold for - $69m, for digital artwork by Beeple, at Christie’s auction house, in March.

Sir Tim created the world wide web, in 1989, by connecting different pieces of information on the early internet through hyperlinks.

He built the first web browser and server, refusing to patent his invention.

In 1993, Cern, the research organisation Sir Tim worked for at the time, relinquished all its rights to the technology and put it in the open domain.

And when the NFT auction was announced, Sir Tim told the Guardian: “The core codes and protocols on the web are royalty free, just as they always have been.

“I’m not selling the web – you won’t have to start paying money to follow links.

“I’m not even selling the source code.

"I’m selling a picture that I made, with a Python program that I wrote myself, of what the source code would look like if it was stuck on the wall and signed by me.”

Sotheby's described the lot as "the only signed copy of the code for the first web browser in existence", comparing its sale to that of the handwritten documents of a historic figure.

NFTs have been criticised for their impact on the environment, as the blockchain - where the records of ownership are stored on a digital ledger - requires huge amounts of energy to run.

Sotheby’s said it would pay for a carbon offset for the “minting and transaction costs of the sale”.
Add Comment