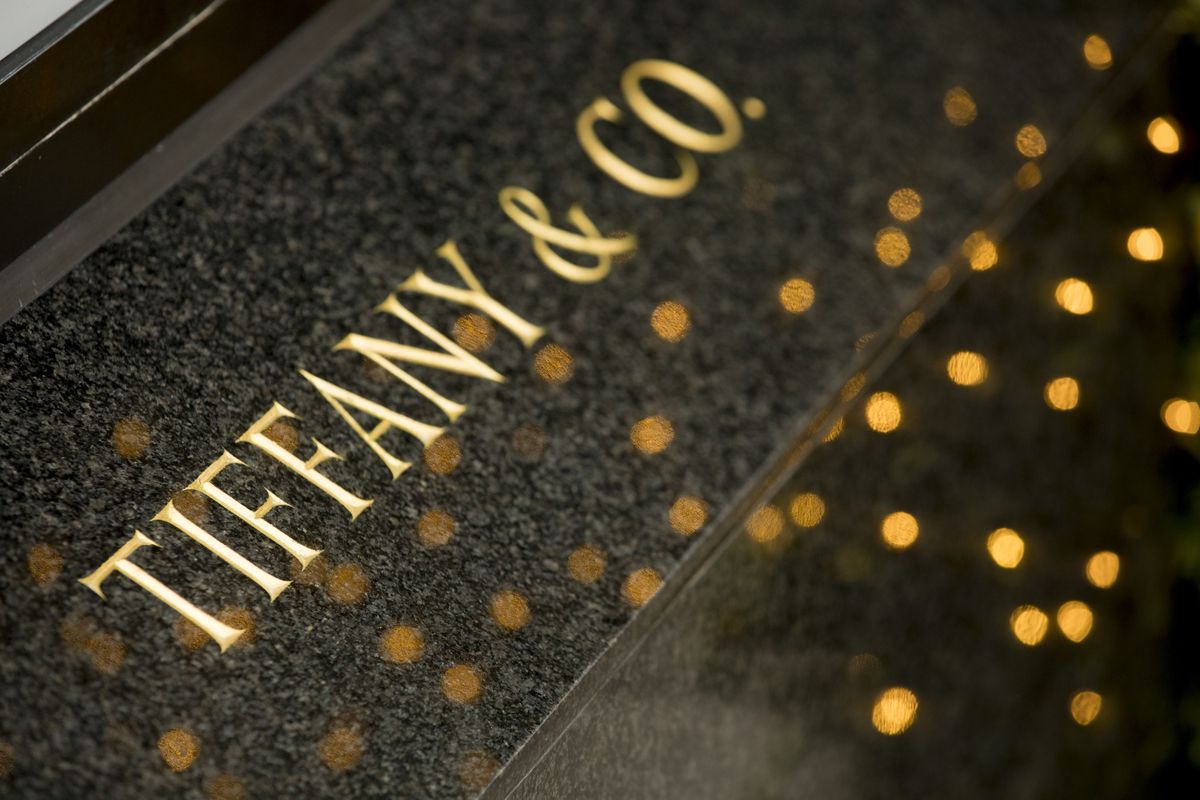 Tiffany Sues LVMH for Backing Out of $16 Billion Deal

The luxury industry’s biggest takeover is unraveling as LVMH moved to call off a $16 billion purchase of Tiffany & Co., which countered with a lawsuit to try to keep the deal on track.

The Louis Vuitton owner said the French government requested that it delay the deal for reasons related to a U.S.-France trade dispute. Tiffany said that LVMH was trying to leverage the protests against police brutality and the Covid-19 pandemic to seek a lower price.

“It’s a governmental order -- we have no other choice,” LVMH Chief Financial Officer Jean-Jacques Guiony said on a conference call, adding that advisers told the company the government has the right to ask for a postponement.

Tiffany shares plunged as much as 11% in New York, while LVMH was little changed in Paris.

French Foreign Minister Jean-Yves Le Drian will discuss a letter he wrote in relation to the proposed acquisition in the coming hours, government spokesman Gabriel Attal said in briefing after a cabinet meeting on Wednesday. 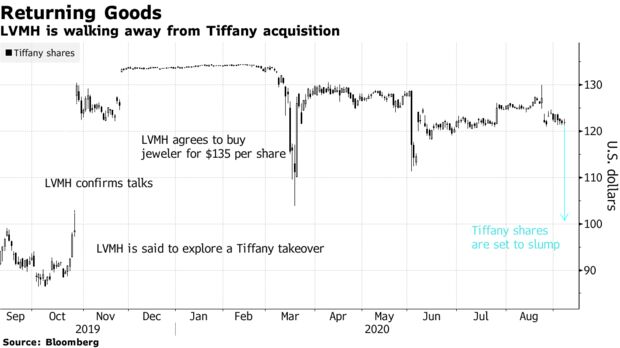 The deal, struck last November, ran into trouble after coronavirus-related lockdowns closed shops around the world and curbed international travel, hitting demand for luxury goods. Adding Tiffany was seen as a way for LVMH Chairman Bernard Arnault to bolster the French company’s U.S. presence by adding an iconic label known for its robin’s egg blue packaging.

Backing away from the deal would be a rare setback for Arnault, who built his empire through a string of acquisitions, amassing a conglomerate encompassing everything from Dior fashions to Dom Perignon Champagne. Tiffany offered a rare opportunity to gain a major brand in the jewelry market, which remains largely splintered among artisanal manufacturers, while other global names like Richemont’s Cartier are already owned by competitors.

Tiffany’s global net sales fell 29% in the quarter ended July 31, though that was an improvement from a 45% drop reported the previous period. The turmoil in the luxury market since the coronavirus spread had prompted speculation that LVMH would seek a lower price.

“It’s a great way out for LVMH,” said Keith Temperton, a trader at Forte Securities, in an email. “They had paid a top-of-the-market price ahead of the pandemic for Tiffany. It’s not surprising, their efforts to wriggle out of it.”

The jeweler last month extended the deal deadline by three months, to Nov. 24, prompting LVMH to say it reserved the right to challenge the new closing date

LVMH said the French government had asked the company in the letter to delay the deal beyond Jan. 6, 2021, citing a U.S. move to impose tariffs on goods from France.

In July, the U.S. announced 25% tariffs on French goods including makeup, soap and handbags in a long-running battle over taxing global technology firms. The implementation of the levies was delayed for 180 days while France suspended collection of its digital services tax, which the U.S. says unfairly targets American firms.

LVMH didn’t solicit the government’s letter, Guiony said on Wednesday’s conference call. He also cited Tiffany’s recent performance, and questioned why the jeweler has continued to pay dividends to shareholders during the Covid crisis.

“We weren’t entirely happy with the way the company has been managed and performed over the last few months,” the LVMH CFO said.

A month before LVMH and Tiffany struck their deal last year, Arnault traveled to Texas to join President Donald Trump at a ribbon-cutting ceremony for a new Louis Vuitton factory, part of a plan by the French tycoon to hedge against trade tensions.

After reaching an agreement to buy the jeweler, Arnault described it as an “iconic, emblematic brand of America, with a great history,” and said the deal would boost its prospects in Europe and China.

The price LVMH originally agreed to pay for Tiffany, at just under 15 times earnings before interest, taxes, depreciation and amortization, rose to almost 18 times Ebitda after the deterioration in the U.S. jeweler’s business amid Covid, according to data compiled by Bloomberg.

An analyst at Mizuho Financial Group Inc. estimated that Tiffany’s shares could fall to $89.32 without the LVMH deal, 27% below Tuesday’s close.

The government’s request to LVMH for a delay in the closing date has no basis in French law, Tiffany said.

“LVMH has made clear its real goal is to attempt to renegotiate the merger price to which the parties agreed last November and, barring renegotiation, run out the clock,” Tiffany says in its suit, filed in Delaware.

The reason advanced by LVMH, notably the letter from the government, is “convenient,” but it’s not an “excuse you can invent,” Sanford C. Bernstein analyst Luca Solca said by phone.

LVMH said there’s no termination fee. The price LVMH would have to pay to walk away wouldn’t be a “very material amount,” Solca said.