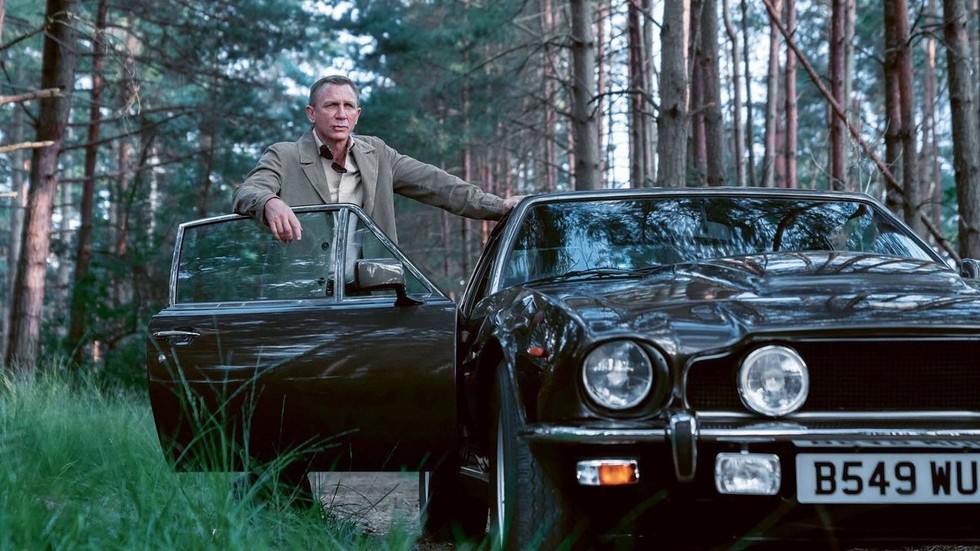 I like Ian Fleming’s novels, but there’s no doubting that the central character in them is still revered because lots of Brits have a lingering, if misplaced, superiority complex.
Why does the Bond cult endure? Why does 007 remain iconic despite an ageing Daniel Craig looking a bit like Lord of the Ring’s freak Gollum, all huge head and short legs – dig it? – or perhaps like a Prince Charles-visaged teddy bear, not to mention ‘No Time To Die’s tiresome bag of tricks? The answer is threefold: Britain’s nostalgia for Empire, its national insecurity, and xenophobia.

A confession: I’m a fan of Ian Fleming’s novels. Good English, riveting characters and fab exotic settings. Also because of what they reveal about the English psyche. After WWII, Fleming, a naval intelligence officer, saw the demise of the Empire. The Bond cult took off after 1956, the year of the Suez debacle – ‘one of the most pitiful bungles in the history of the world’, as Japanese spy chief Tiger Tanaka tells 007 in ‘You Only Live Twice’ – and the right zeitgeist for Fleming’s cool hero or licensed killer to spring out of his creator’s head. The public, embarrassed by British Intelligence’s dismal failure at spotting in its own bosom Soviet spies such as Philby, Burgess and Maclean, got big fictional consolation. The hero might be flawed and suffer setbacks, but he always gets his nation’s foes in the end. Indeed, so he warns dastardly Goldfinger before strangling him: ‘Never go a bear of England!’

Umberto Eco, the mercifully defunct flatulent Italian, accused 007 of racism. All of Bond’s fictional villains are foreigners: Dr No is Eurasian, Mr Big is black, Scaramanga a Latino, Hugo Drax German, Blofeld a mixture of Polish and Greek, Goldfinger possibly Jewish, Emilio Largo Italian, and so on. However, only one is black. All the others – Dr No excepted – are white. Hence, xenophobia, not racism of the skin-colour variety, is the prevalent feature. In that sense, Eco is wrong – yet Fleming is topical. While anti-black or anti-brown racism is beyond the pale, xenophobia still rules. Proof? Look at Brexit. Directed chiefly against East Europeans, not Africans or Asians, the Brexit cause mobilised British voters and it led them to victory. QED.

Not only are Bond’s crooks foreign aliens – they are ugly too. Each has some physical impairment or deformity. The latest, in ‘No Time To Die’, Rami Malek’s Lyutsifer Safin, is facially disfigured. That aroused squawks of protest from woke quarters. Why equate badness with ugliness, especially if the result of accidents or genes? (Ian Fleming should have known: at Eton, he suffered a broken nose that left his face far from handsome.) Fair questions, but the ‘wokes’ fail to grasp that, to convey an enemy, aesthetic flaws are powerful semiotic symbolism. They signify a more sinister oddness inside the man. When Shakespeare made villainous King Richard III a hunchback, he showed how to manipulate that idea to fine dramatic effect. Will hunchbacks demand the cancellation of that play? Maybe they should...

All right, it’s a tad paradoxical to indict Brits with a hatred of foreigners when London and other big cities are awash with millions of non-natives, and boatloads of illegal immigrants desperately try to reach this country every day. Even the Tories, who engendered Enoch Powell, have produced a government with plenty of visible ‘diversity’. A Sicilian industrial worker I met in Bedford way back praised the fairness of his employers. He expected them to discriminate against him because of his poor English – they didn’t. They promoted him because he was good at his job. However conceptually unlikely, it seems that, in Britain, tolerance and xenophobia can be comfortable bedfellows.

Imperialism is another matter. A nation whose lost Empire covered 25% of the Earth’s surface is bound to cherish a lingering superiority complex. ‘We are better than foreigners’ – the Brits have that in their DNA. That gets manifested in innumerable ways. During the Cold War, Soviet Russia was the West’s awful bogeyman. In ‘From Russia With Love’, Bond does battle against various Russki baddies. With communism gone, Brits still do their utmost to besmirch Russians as ogres. Russophobia is everywhere. And that’s bizarre, because the new Russia has no imperial ideology. Only a lunatic would imagine President Putin being like Napoleon or Hitler, seeking to conquer England and marching his Cossacks into London. Actually, in the past century Russia was twice Britain’s vital ally – and crucially so in WWII. Had it not been for Russki blood, Brits in 2021 would probably be jabbering away in guttural German. Droll!

But back to actor Daniel Craig. A scene in ‘Casino Royale’ showed him in tight swimming trunks. That prompted female friends of mine to ask: was 007 wearing a codpiece? A delicate question. Pierce Brosnan was rumoured, rightly or wrongly, to be under-endowed. Is Craig’s metrical virility also in doubt? If so, that might reflect the national ‘insecurity’ I mentioned above. Feminists, of course, would rub their hands… Oh, come on! They say that small is beautiful, no?
Add Comment