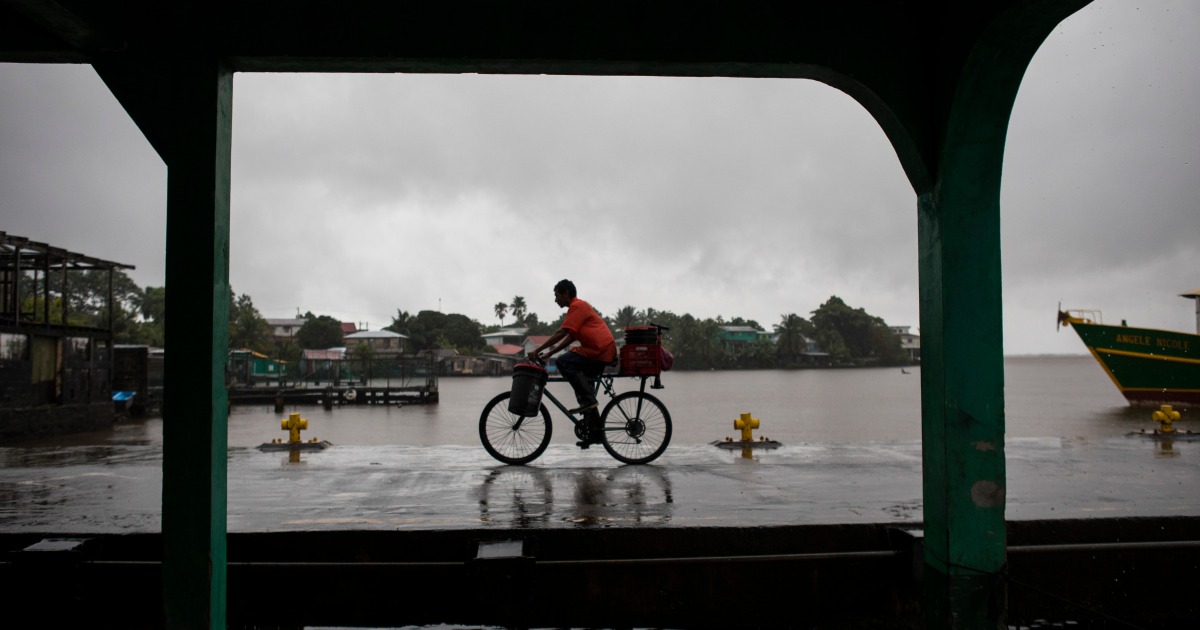 Storm kills one in El Salvador and two in Nicaragua as it moves from the Atlantic to the Pacific Ocean.

At least three people have been killed as a hurricane tore through Central America before moving towards Mexico.

Tropical Storm Bonnie was upgraded to a category one hurricane on Sunday, as one person in El Salvador and two others in Nicaragua were killed in the path of destruction it caused. The storm had developed in the Atlantic Ocean and moved across a narrow portion of Central America into the Pacific Ocean as a tropical storm, a rare occurrence in the storm-prone area.

Bonnie had maximum sustained winds of 125 kilometres (80 miles) per hour “with higher gusts”, according to the US National Hurricane Center, as it moved towards Mexico.

“The core of Bonnie is expected to remain south of, but move parallel to, the coast of southern and southwestern Mexico during the next couple of days,” the agency said in an advisory.

Swells caused by the hurricane were causing “life-threatening surf and rip current conditions”, the advisory said.

In El Salvador and Nicaragua, the storm felled trees and caused widespread flooding, forcing some residents to move to temporary shelters.

Emergency services in El Salvador said a 24-year-old woman was killed during the storm and rescuers were still searching for a missing man on Sunday.

“Bonnie generated very heavy rains and thunderstorms in the coastal area, the volcanic mountain range and the San Salvador metropolitan area, with strong gusty winds and hail in some areas,” the environment ministry said.

Nayib Bukele, El Salvador’s president, said all classes would be suspended on Monday.

The Mexican meteorological service warned the hurricane could result in intense rains, mudslides, floods, strong wind gusts and ocean waves up to 16 feet (5 metres) along the country’s southern Pacific coast.