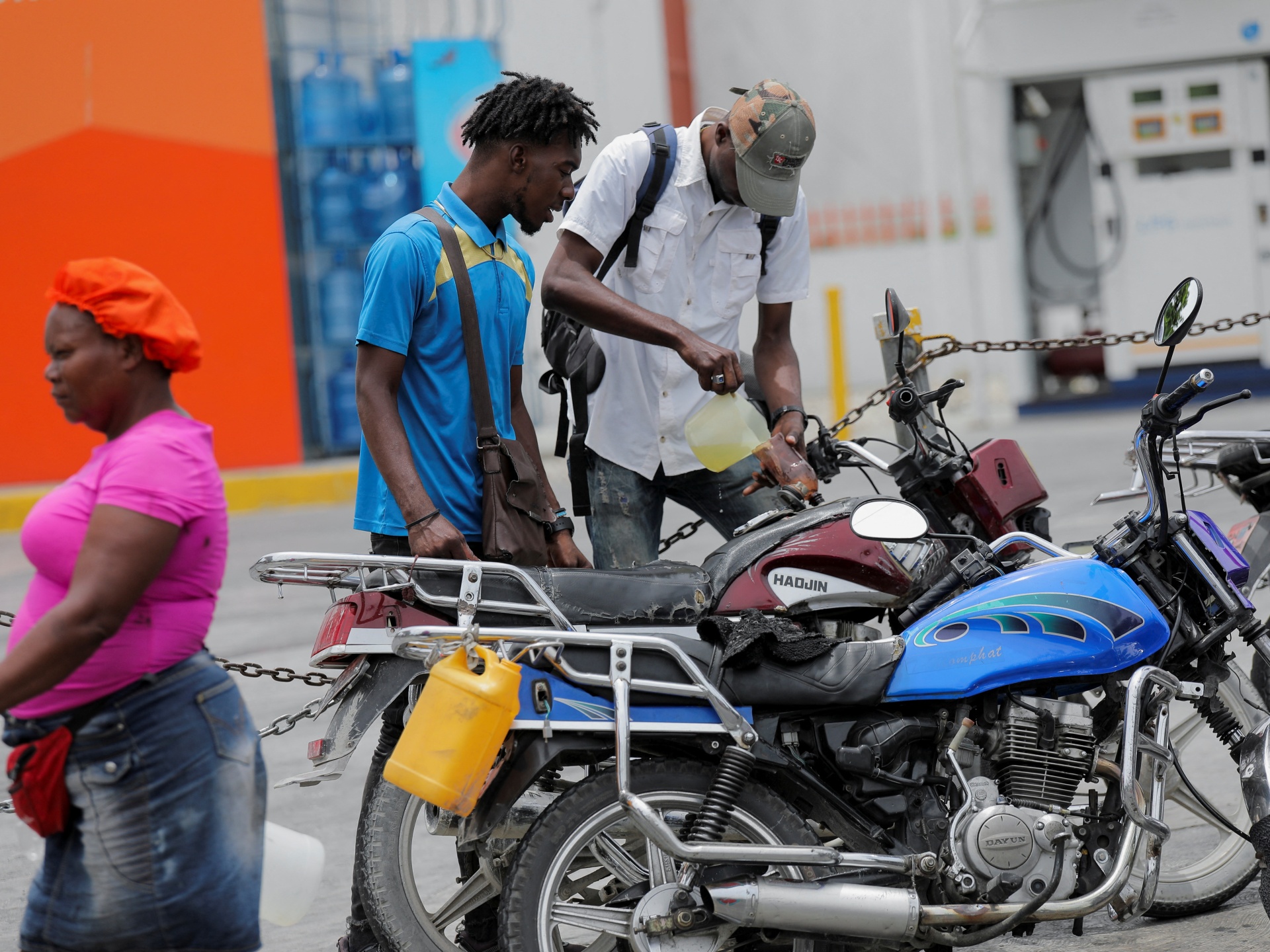 A few thousand people have taken to the streets across Haiti, demanding that Prime Minister Ariel Henry step down and calling for a better quality of life in the Caribbean nation.

Protesters set up burning barricades on Monday in some areas including the capital of Port-au-Prince, with some saying they were angry over the growing scarcity of gasoline and diesel.

“Families don’t know what to do,” demonstrator Lionel Jean-Pierre said as the crowd around him chanted: “If Ariel doesn’t leave, we’re going to die!”

Gang violence and kidnappings have surged in Haiti in recent months, as the nation continues to reel from widespread political instability worsened by the July 2021 assassination of President Jovenel Moise.

Last month, thousands of people were trapped in an impoverished area of the capital without access to food and water, rights group Doctors Without Borders said, as armed groups vied for control.

In recent weeks, Haitians also have struggled to find fuel, which has left some unable to work.

The country’s gas stocks have run low as fuel importers struggle to get paid for subsidies that keep petrol prices low in Haiti, and due to difficulties in obtaining dollars from the central bank, the Reuters news agency reported, citing two sources with knowledge of the situation.

Poverty has deepened, as well, with inflation reaching 29 percent and the prices of some basic goods such as rice more than quadrupling. Gasoline also remains scarce and, if available, costs $15 a gallon ($0.264 a litre).

“I need the gas to work,” 28-year-old moto-taxi driver Garry Larose said as he marched. “I have a family to feed, school to pay.”

The protests come days after dozens of demonstrators staged a sit-in in front of Henry’s official residence and demanded that he resign.

Henry – who was chosen by Moise and took office less than two weeks after the former president’s killing in July of last year – has pledged to crack down on armed gangs amid the increase in violence.

On Sunday, the prime minister condemned killings he said were carried out by “armed bandits” in Tabarre, an area of Port-au-Prince. “On behalf of the government, I renew my firm determination to relentlessly combat insecurity,” Henry wrote on Twitter.

The demonstrations on Monday coincided with the anniversary of a 1791 slave uprising that triggered a long struggle for Haiti’s independence from France in 1804.

Protesters held rallies in cities including Cap-Haitien, Petit-Goave, and Jacmel, many wearing red shirts emblazoned with the word “endepandans” or “independence”.