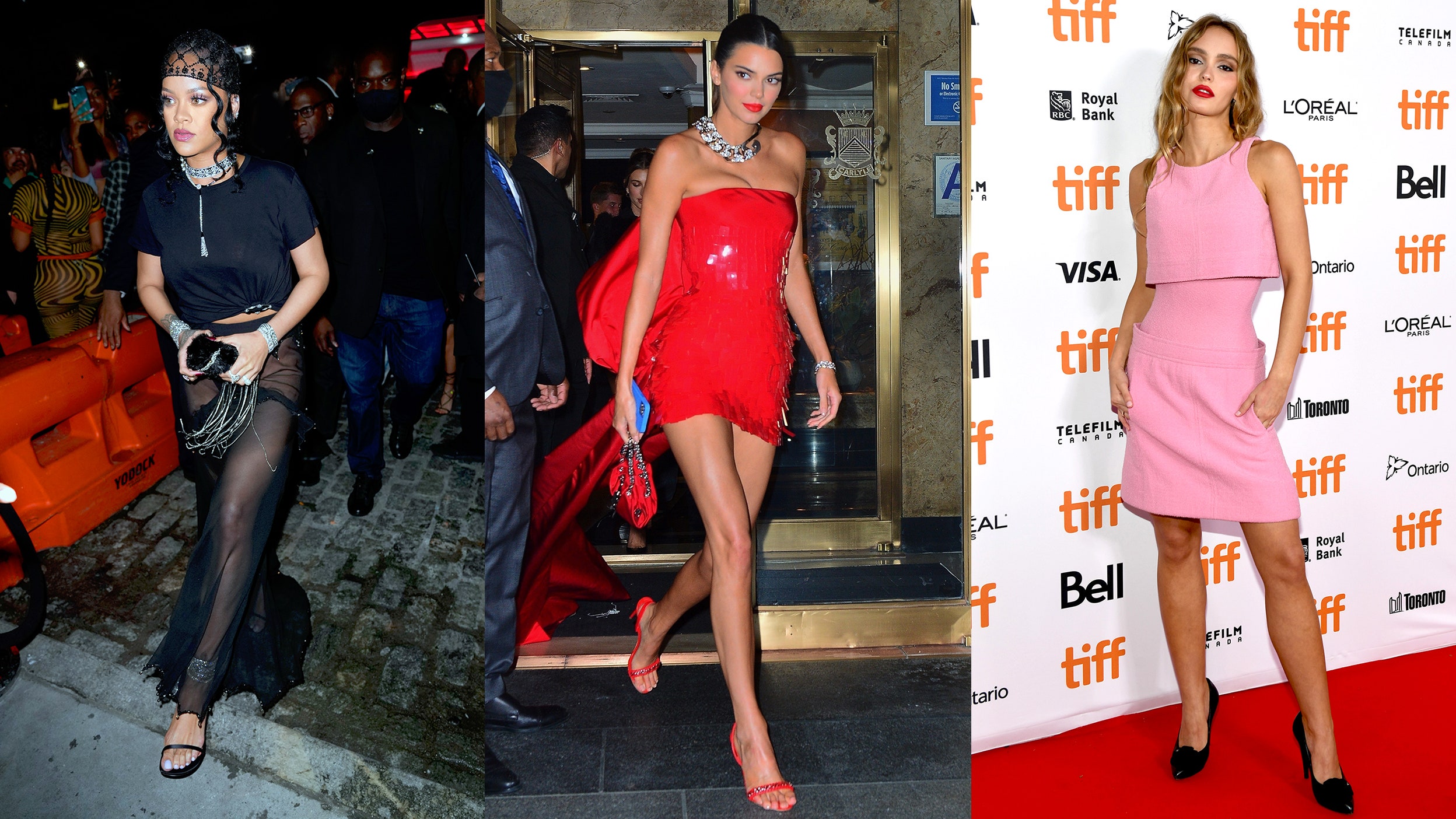 This Week, the Best Dressed Stars Kept the Party Going

Stars kept their evenings going by quickly changing into new looks and indulging until the wee hours. 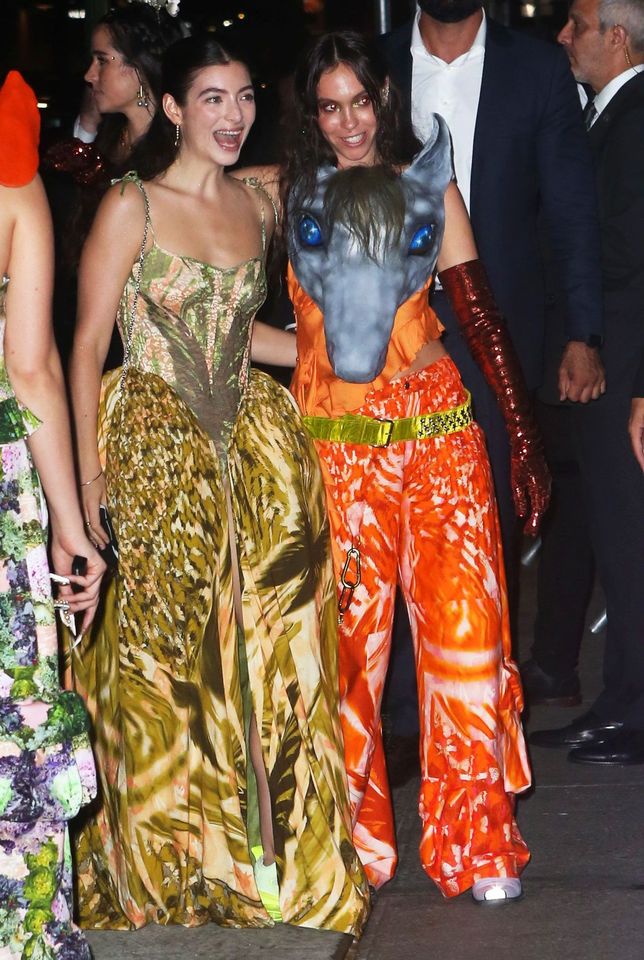 The best parties are about more than just one moment. Last week, after celebrities hit up the main event, they kept their evenings going by quickly changing into new looks and indulging until the wee hours. Post-Met gala, the fashion just kept on coming with guests swapping their larger-than-life red-carpet fare for comfortable clothes. Grimes’s Dune-inspired Iris van Herpen and matching medieval sword delighted on the steps of the Metropolitan Museum of Art, but (most) Manhattan clubs don’t let you bring a dagger inside. Thankfully the artist had another great look waiting in the wings, this time a puffy, ruffle-laden gown by Bitcrcrcr and a Chained by Sedona metal headdress that played to her Renaissance rave aesthetic.

When it was time for Lorde to head out post-Met, she did so in Collina Strada. The first to take Hillary Taymour’s spring/summer 2022 collection onto the streets, she opted for a corseted bodysuit and bustle skirt worn with neon sneakers and plenty of attitude. By contrast, Kendall Jenner’s post-gala outfit skewed classic. Still, the models’ reflective red Givenchy mini dress with square laser-cut sequins and billowing Duchesse satin pouf was arresting all the same. Crimson is Jenner’s color, and her sustainable diamond jewelry by Vrai only added to her look’s appeal.

Of course, the Met gala wasn’t the only excuse to dress up. At the Sebastian Film Festival, Titane star Agathe Rousselle arrived in a glossy Nicolas Ghesquière-designed Louis Vuitton dress whose racing stripes and glossy black accents called to mind the audacious automotive themes of her Palme d’Or winning film. Toronto’s International Film Festival saw Lily-Rose Depp bringing Chanel’s pastels to the forefront in an optical illusion cocktail look that highlighted her waist. Still, the week’s biggest surprise may have been at the MTV Video Music Awards, where Kacey Musgraves brought haute couture to the red carpet in Valentino’s fall/winter 2021 feathered headdress and satin mini dress. 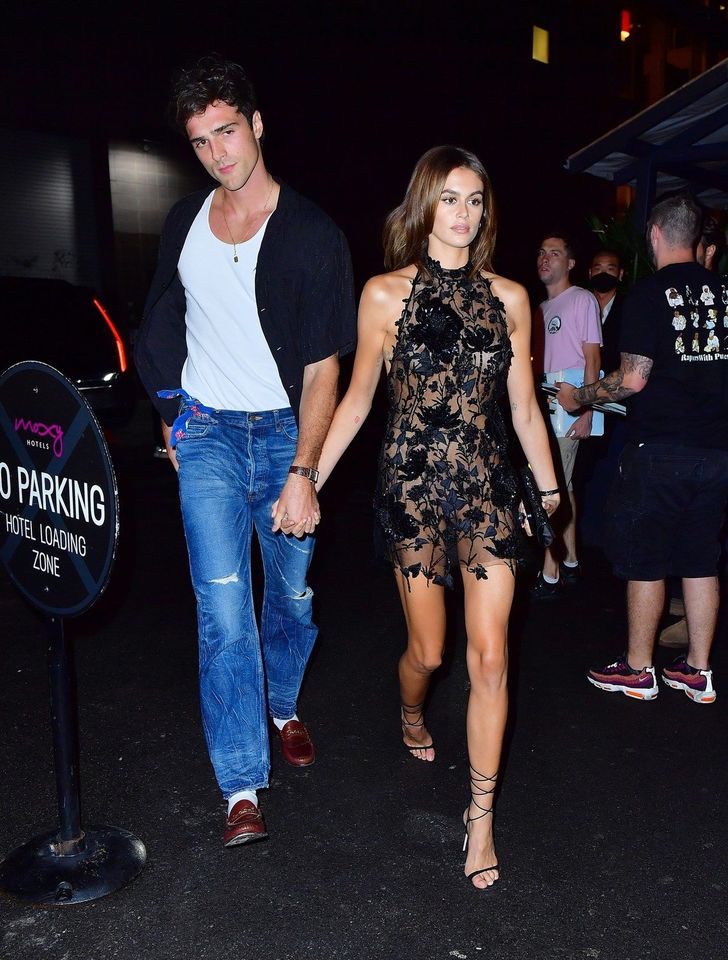 WHO: Kaia Gerber
WHAT: Oscar de la Renta
WHERE: Met Gala 2021 After Parties
WHEN: Sept 13 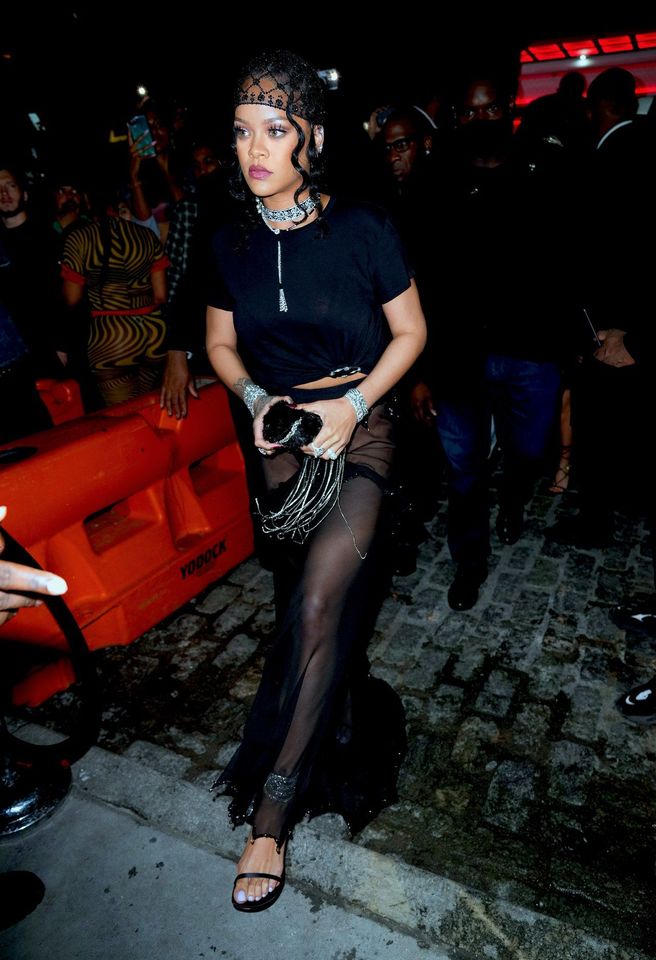 WHO: Rihanna
WHAT: Roberto Cavalli skirt, Nikos Koulis Necklace
WHERE: Met Gala 2021 After Parties
WHEN: Sept 13 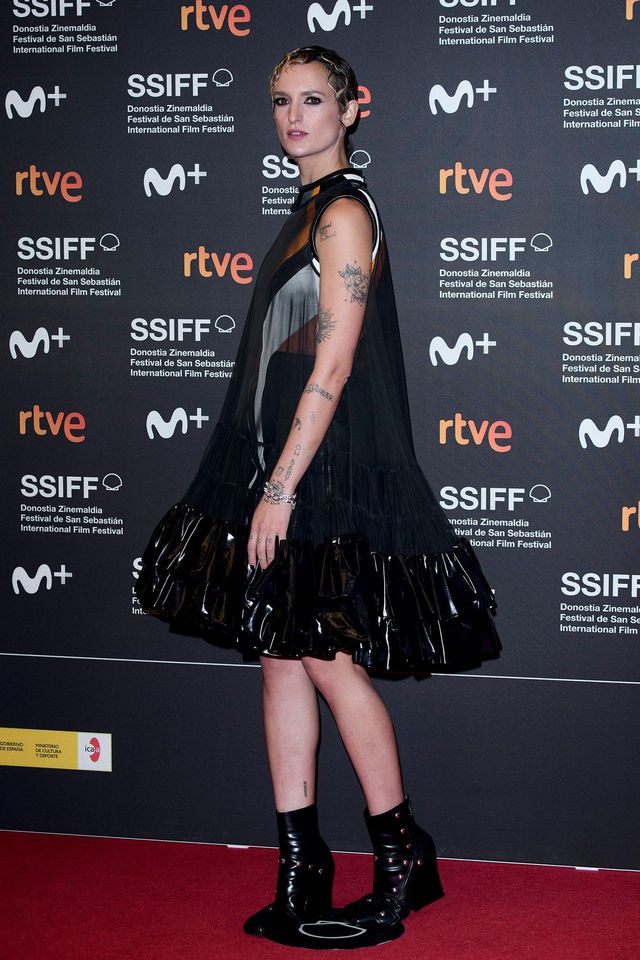 WHO: Agathe Rousselle
WHAT: Louis Vuitton
WHERE: The 69th San Sebastian Film Festival
WHEN: September 17 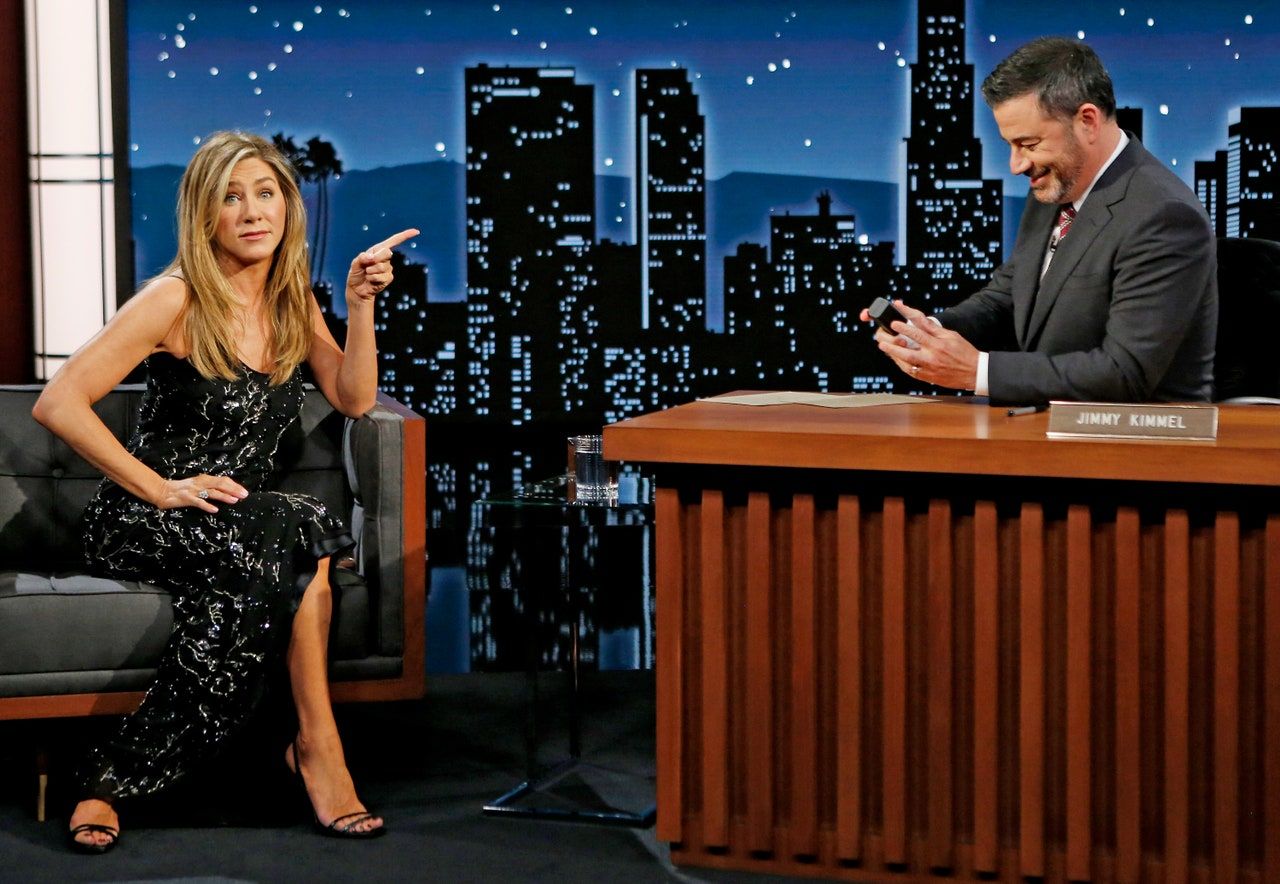 WHO: Jennifer Aniston
WHAT: Dolce & Gabbana
WHERE: Jimmy Kimmel Live
WHEN: September 13 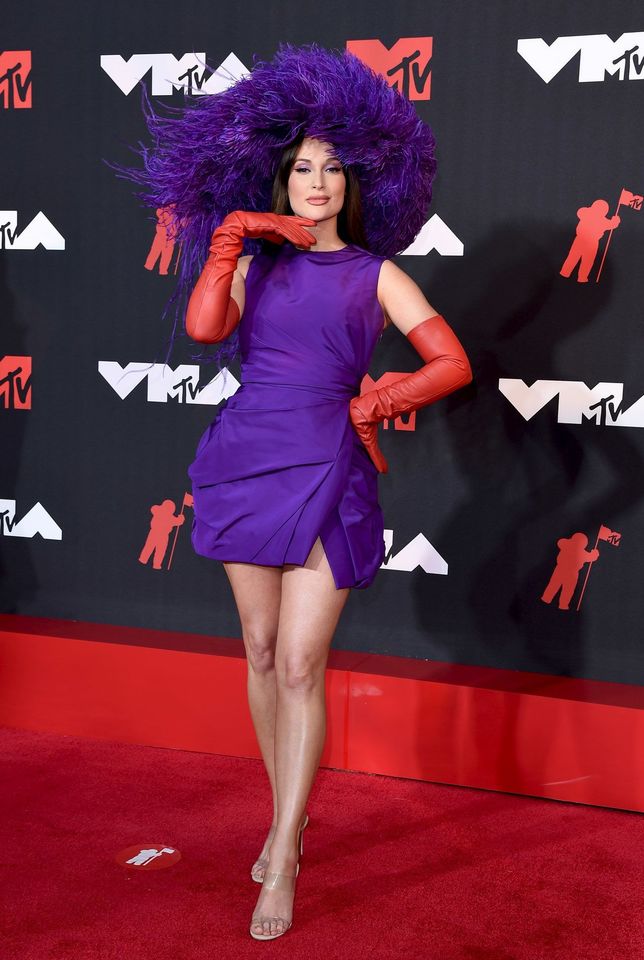 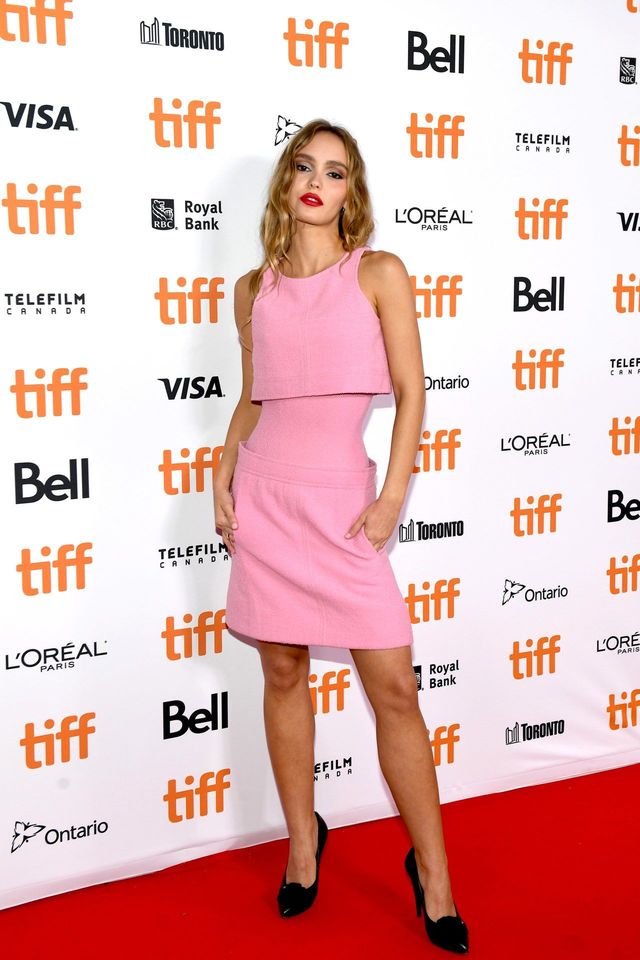 WHO: Lily-Rose Depp
WHAT: Chanel
WHERE: Toronto International Film Festival
WHEN: September 16 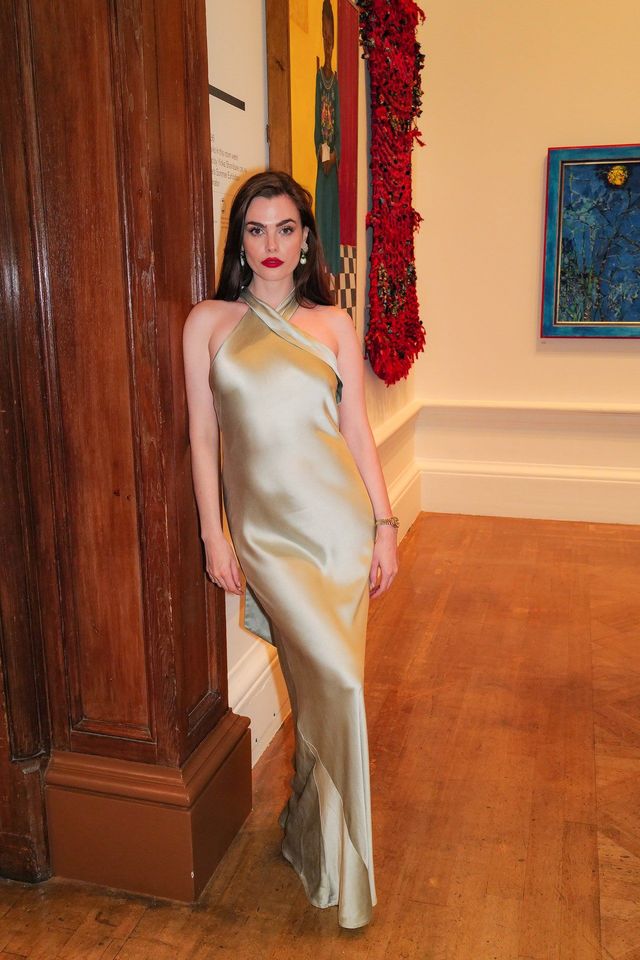 WHO: Charli Howard
WHAT: Galvan
WHERE: Royal Academy Of Arts Summer Exhibition 2021
WHEN: September 14 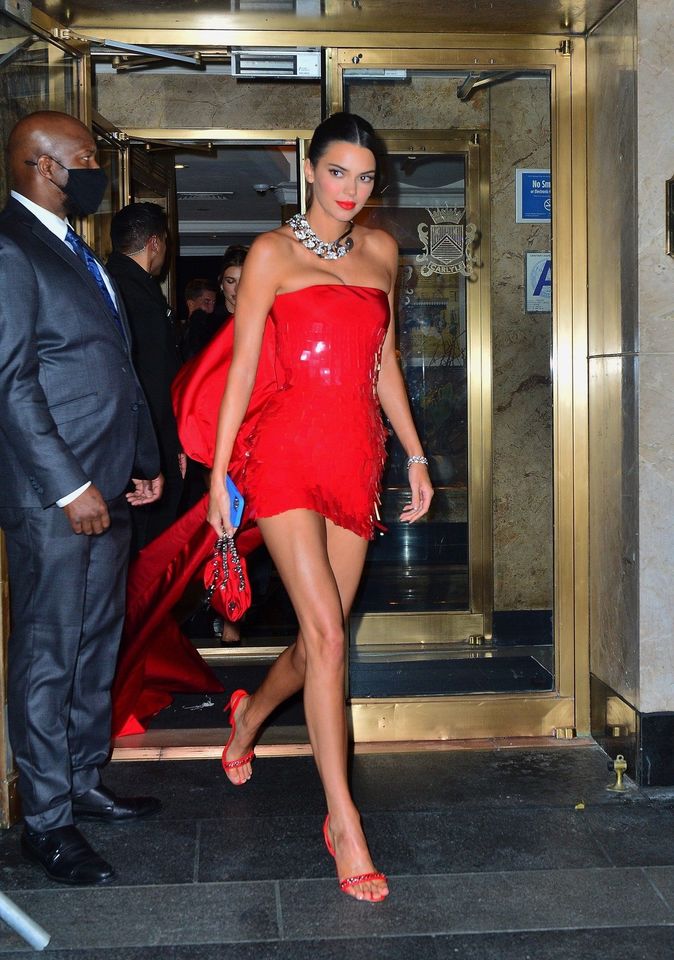 WHO: Kendall Jenner
WHAT: Givenchy
WHERE: Met Gala 2021 After Parties
WHEN: Sept 13 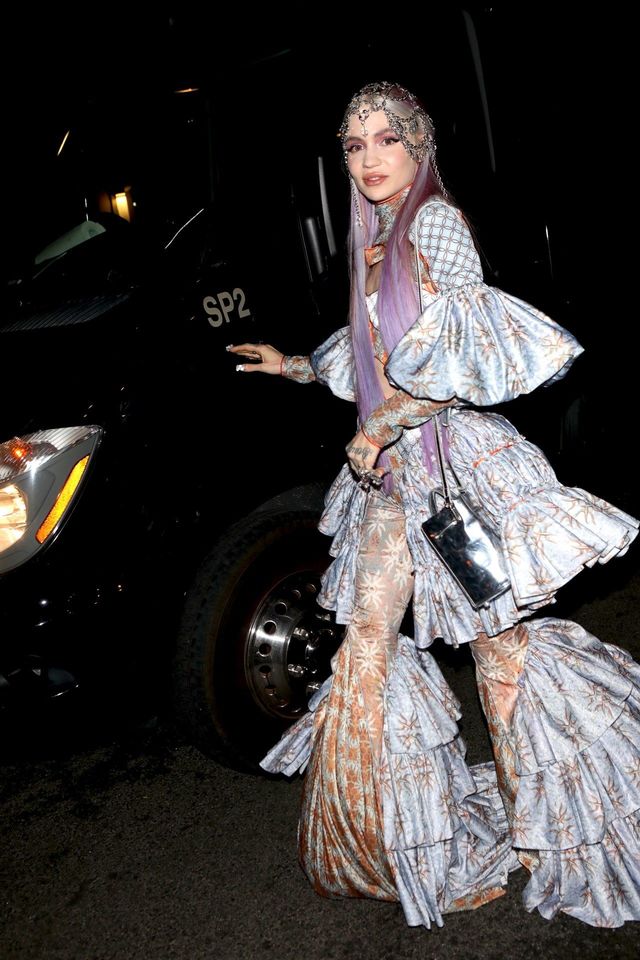 WHO: Grimes
WHAT: bitcrcrcr
WHERE: Met Gala 2021 After Parties
WHEN: Sept 13

WHO: Lorde
WHAT: Collina Strada
WHERE: Met Gala 2021 After Parties
WHEN: Sept 13