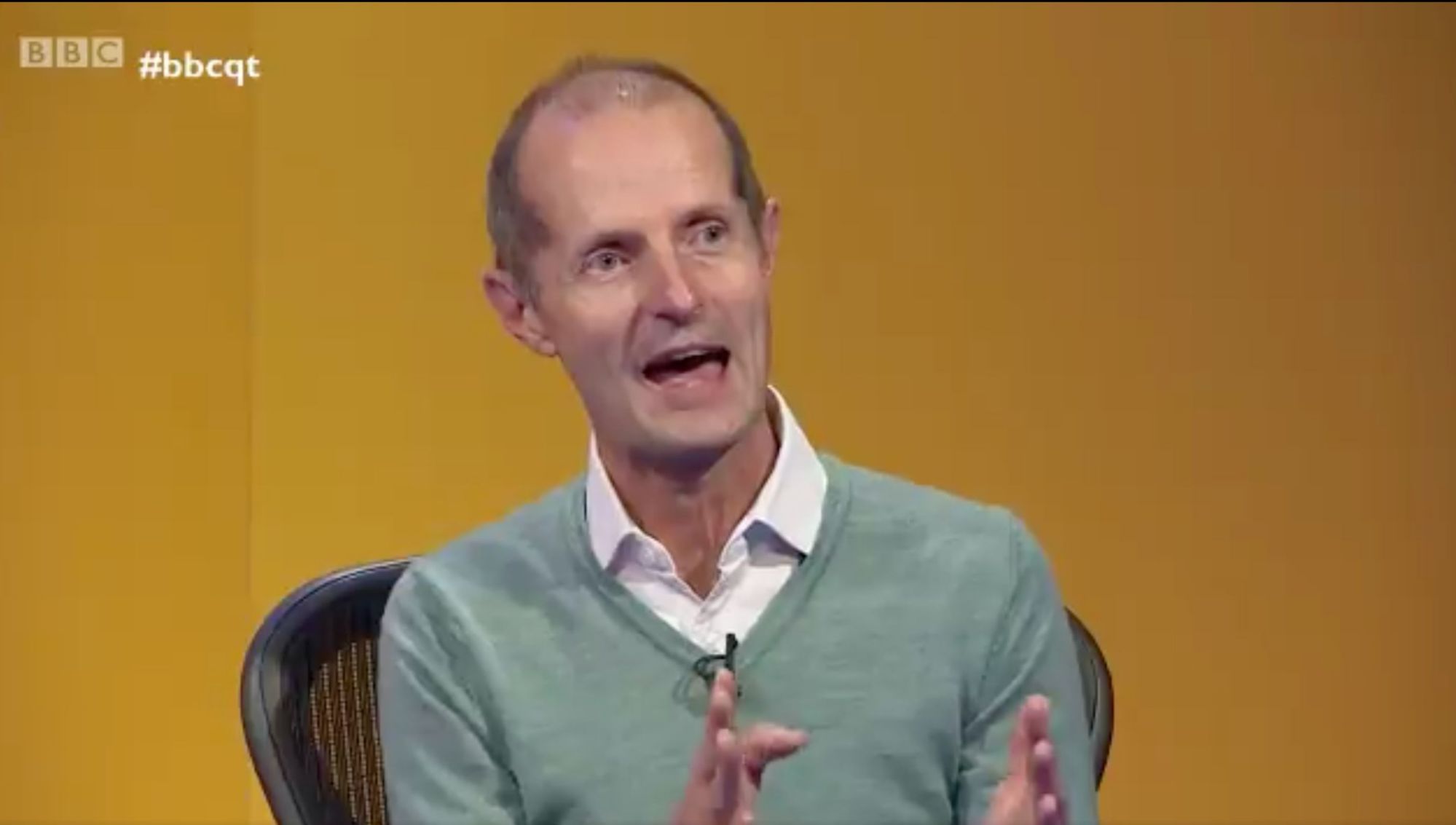 An immunologist has been praised for setting out a “brilliant” explanation of why we should trust Covid-19 vaccines, such as the Pfizer vaccine announced as more than 90% effective on Monday.

The anti-vaxxer movement has, perhaps unsurprisingly, opposed Covid vaccines from the start, spreading baseless conspiracy theories both online and on the street at lockdown protests.

But even outside of these circles, the speed with which the vaccine has been developed – far faster than our usual understanding of how long it takes to reach such a development – has left many with questions about its safety.

Appearing on BBC Question Time, Professor Robin Shattock, an immunologist based at Imperial College London, sought to explain why we should be confident about vaccines.

He said: “I think we need to remember that vaccines, next to clean water, have been the single most effective public health implementation globally.

“They’ve saved more lives than any other medicines. People are concerned about this vaccine because they perceive that it’s been done too quickly, and actually we’ve done a disservice by saying ‘it takes ten years to make a vaccine’.

“Vaccines, next to clean water, have been the single most effective public health implementation globally.”

Immunologist @robin_shattock tells #bbcqt that people concerned about the Covid vaccine should be reassured that they have "saved more lives than any other medicine”. pic.twitter.com/x24RLwSm6T

“Technology is changing very very quickly, and what has happened is the same number of participants have been exposed to this particular vaccine, 43,000 participants.”

Among the fears shared by those sceptical of a Covid-19 vaccine is the possibility of side effects that may not have had time to materialise as the trials have progressed.

But Shattock explained: “When you’re looking at side effects, most side effects occur very quickly. Within a week or so of have having a vaccine we would see any severe side effect at this stage.

“One thing that I think people completely forget is that a vaccine stimulates your immune system, it tricks it to see if it’s seen the virus, so you’re getting an aspect of the infection that’s so much minor than the real virus.

“So when you think about the risk-benefit, the risk of having a severe outcome from Covid-19 far outweighs any theoretical risk of a vaccine, and the problem is that vaccines are so successful that diseases go away and all you see are the side effects.”

Amid months of pandemic disinformation, Shattock earned praise after a clip of his argument was posted on Twitter, with social media users complementing his “brilliant”, “clear” explanation.

A brilliant explanation last night by Prof @robin_shattock of Imperial on #bbcqt on why vaccines are such a huge benefit to mankind and for Covid19 a light at end of the tunnel.
Paracetamol has a huge list of unlikely side effects listed too!
Clear, simple, direct#VaccinesWork https://t.co/cd8RsIglmb

Oh ya 113 days ago
Gee a immunologist saying vaccines are good. Who could have guessed that after reading the 1st sentence of this article. But who am I to say, line up folks and get your shot because there are way too many useless eaters on the planet anyway
View all comments (1)Add comment