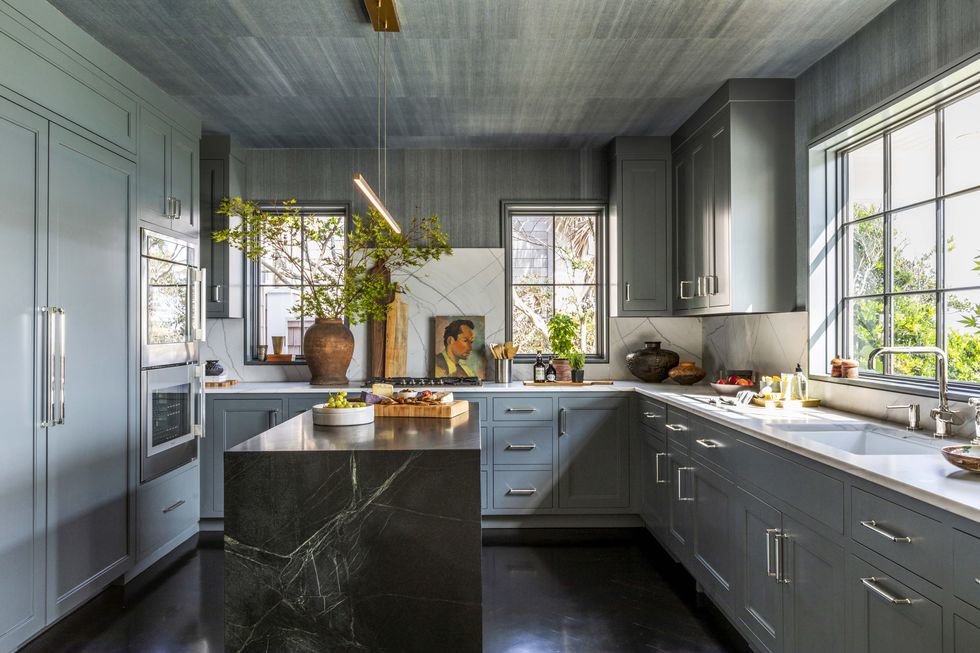 This Florida Kitchen Is Steeped in Moody Blues

Orangerie Home brings the ocean in.

Twilight Navy, inky onyx, stormy gray-not quite the palette you’d expect to see in a sun-drenched house on the coast. But when Jacksonville-based designer Kelly Cook took on the remodel of a 1930s oceanfront Shingle Style home in Ponte Vedra Beach, Florida, expectations were thrown out to sea.

“The owner wasn’t looking for a typical ‘beach’ look-he wanted his house to be different from everything else in the area,” says Cook, owner of Orangerie Home. “We had the luxury of thinking outside the box, which makes it so much more fun and exciting for us as designers.” 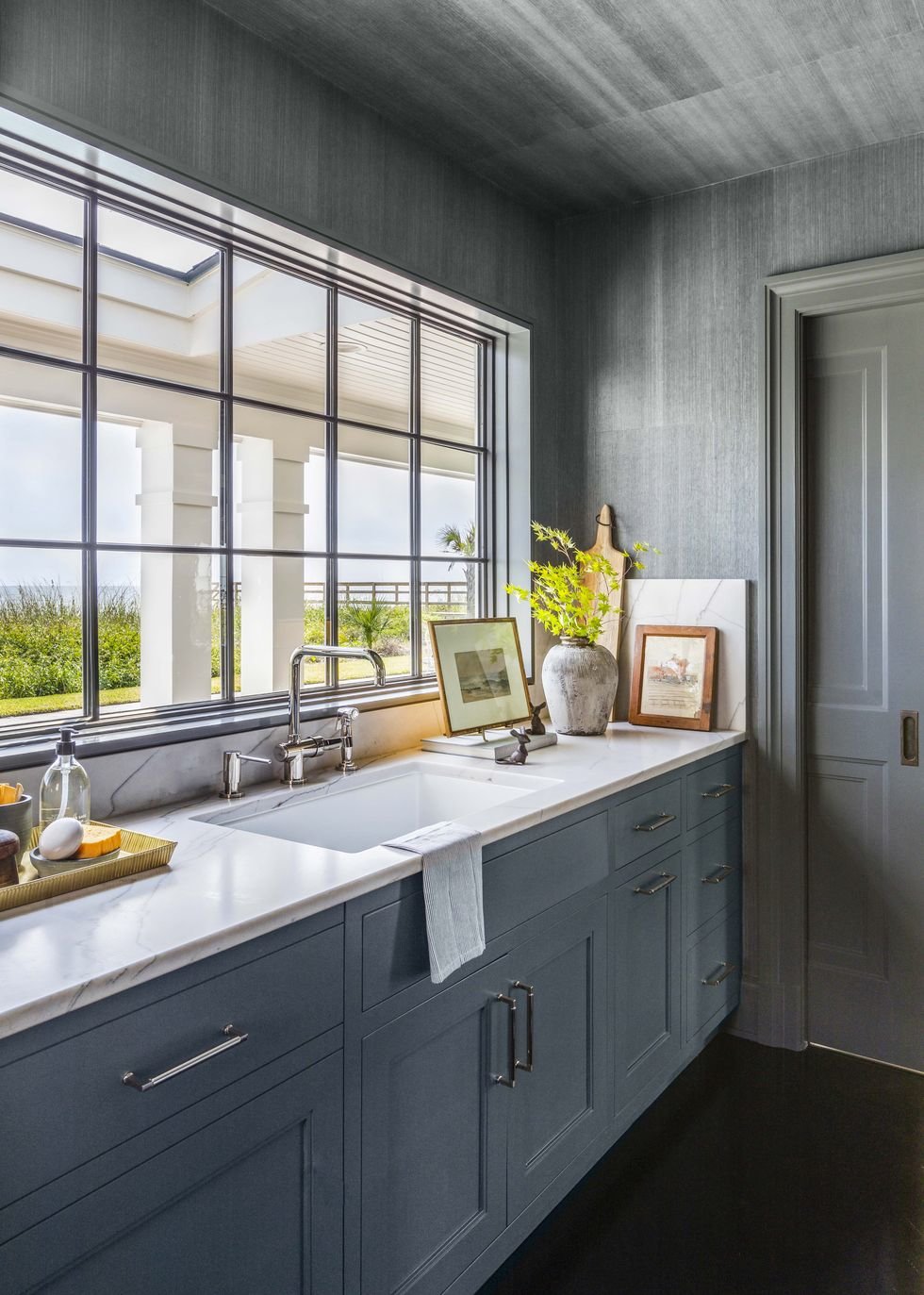 In the kitchen-a late addition to the renovation list-avoiding obvious coastal references didn’t mean ignoring the house’s prime location, though. After learning that Farrow & Ball’s Down Pipe, a deep gray-blue, was her client’s favorite paint color, Cook and her partner, Brian Conover, decided to use it on the kitchen cabinets and trim. Gregorius Pineo grass cloth in a matching hue was installed on the walls and ceiling. “When you have everything in the same dark shade, it creates this shadow box effect and forces your eye to look out,” Cook says. “All you see is the ocean.” 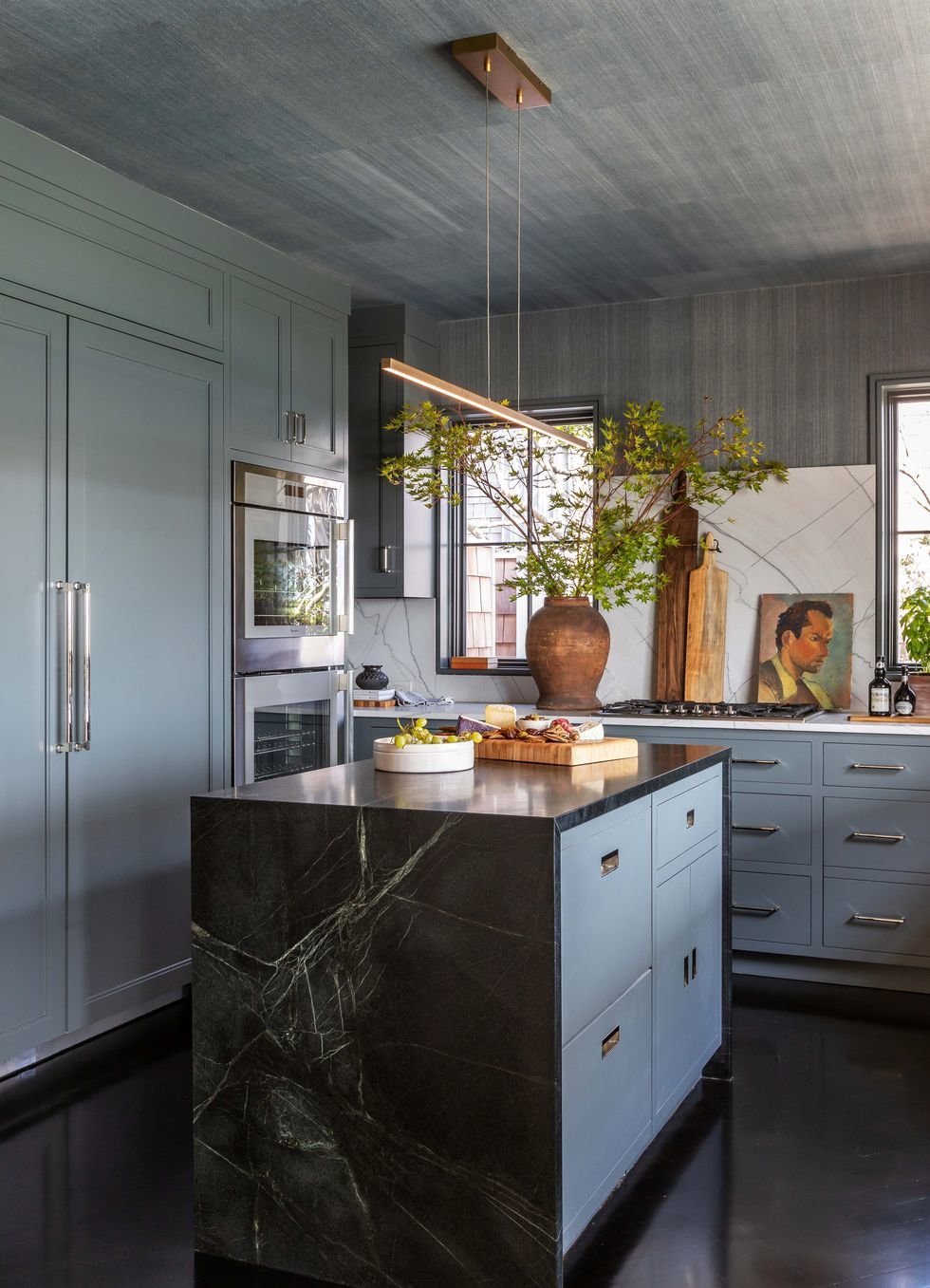 Cook chose especially resilient materials: Soapstone, on the island, is “one of the most antibacterial surfaces you can use,” while white quartzite is “incredibly hard and nonporous.” Cabinet paint: Down Pipe by Farrow & Ball. Pendant: Tech Lighting.

For the adjacent dining area, where a pair of French doors lead out to the porch, “we wanted to really embrace the feeling of water and waves,” says Cook, who installed custom handblown glass panels in an arched niche on the rear wall and painted the ceiling in camel lacquer. “The movement of the glass and the lacquered ceiling has this undulating feeling,” she explains.

Now, the kitchen is the star of the house, says Cook. “It was a last minute thing, but sometimes that ends up being the best!” 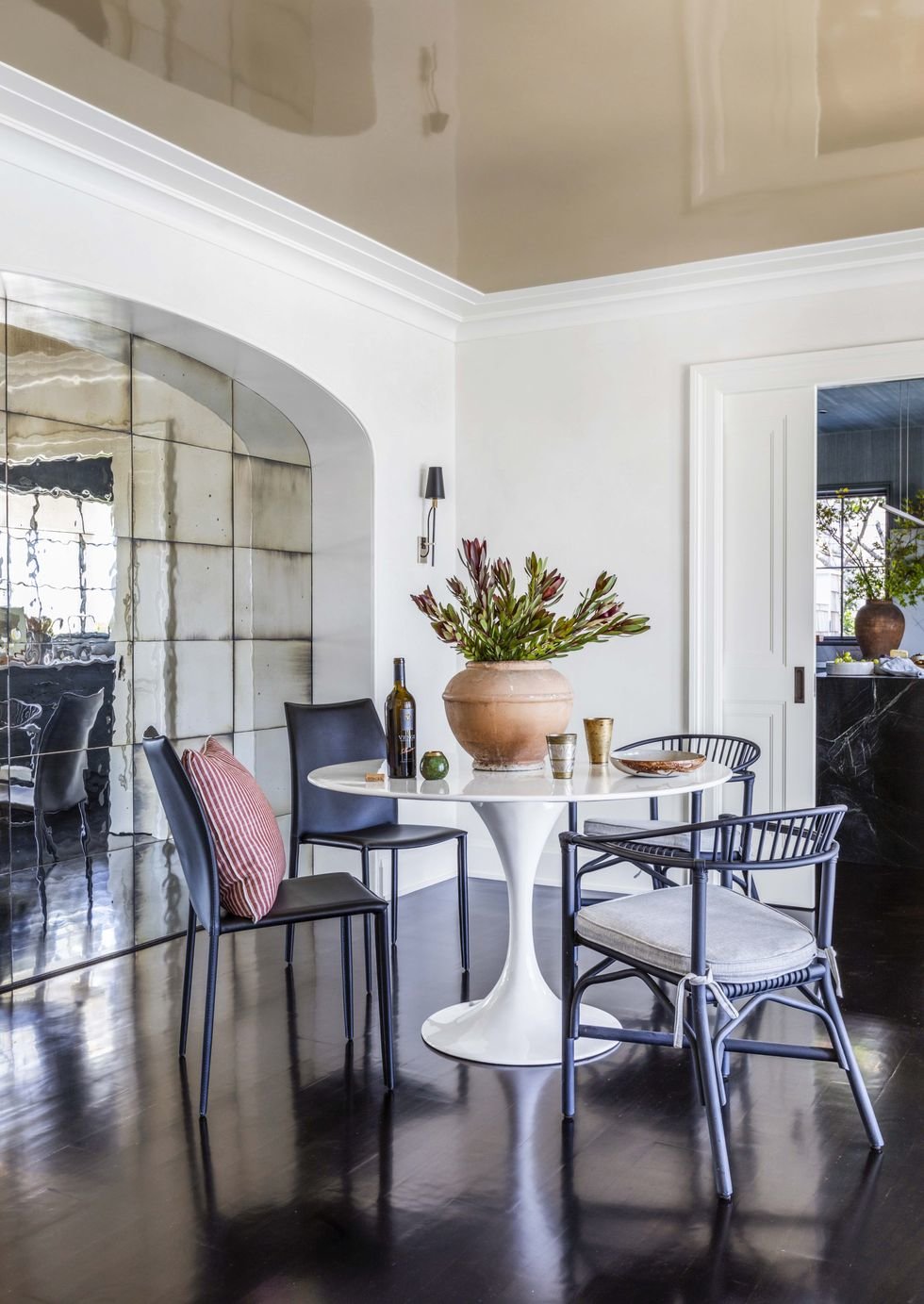 In the dining room, sunshine bounces off a wall of handblown glass and a lacquered ceiling (in Stone House by Benjamin Moore). Sconce: The Urban Electric Co. Solid chairs: Eurø Style.