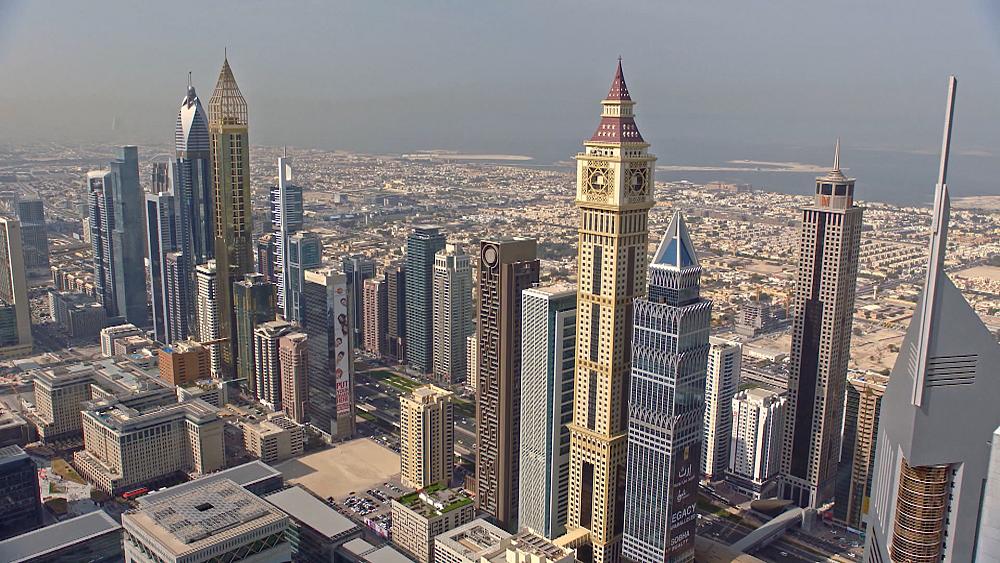 Dubai gets a helping hand from the creative economy strategy, theatres in London see light at the end of the tunnel as they prepare to re-open and Bill Gates urges more to be done about carbon emissions - That's April's business outlook.

In this April edition of Business Line, the monthly business barometer from Dubai, we take a look at how Dubai is positioning itself as a global creative hub, why Bill Gates is calling on governments and corporations and after being closed for over a year, London’s West End is gearing up to welcome back audiences.

Dubai has recently announced its Creative Economy Strategy, which aims to transform the Emirate into a global hub for creative industry including culture, content, media, design and arts by 2025.

The focus is on increasing the contribution of the creative economy to the country's GDP from 2.6 percent to 5 percent.

The Creative Economy Strategy seeks to more than double the number of creative and cultural companies operating from 8,300 now to 15,000 companies over the next four years

Company formation specialists, Virtuzone, say they have already seen an uptick in inquiries.

Head of client experience CRM & Business Partnership at Virtuzone, Amer Yehia, said the announcement was clear when it comes to a proper framework to support the creative industry.

He told us that “it's very encouraging to see Dubai supporting this type of initiative to bring foreign companies, plus support local talent when it comes to the creative sector.” 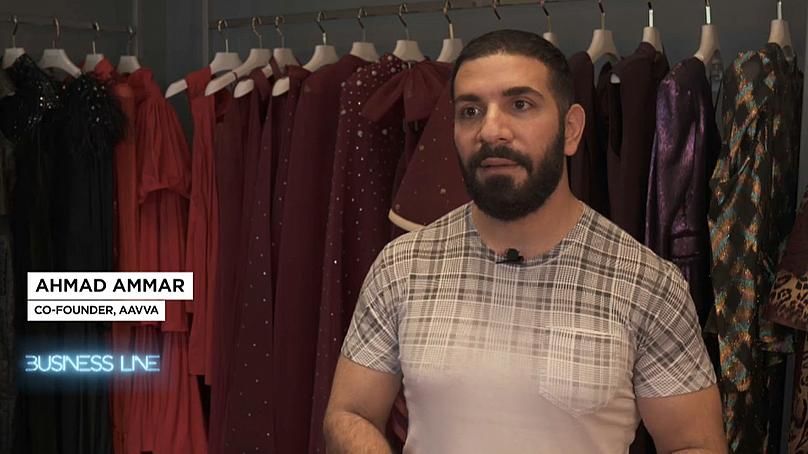 In 2013 Ahmad Ammar and Vincenzo Visciglia set up fashion label AAVVA. It began as a side project back in 2013 and rapidly expanded into a fashion line with independent stores and is now stocked in international boutiques.

Vincenzo Visciglia said it's ‘amazing news’ for people working in the creative sector.

I guess that the fashion industry in Dubai is still new so we feel that the community and the local customers, they are really supporting the local designers as opposed to designers from outside

Ahmad Ammar said as a business they are committed to having all elements from design to production crafted in the city. “We do everything in Dubai. So I do not outsource. I do not bring anything from outside,” he told Euronews, adding,

“I flew all my team to come to Dubai from different nationalities, embroiderers, craftsmanship, all the people that tailor, even the design team who are helping us now. So we have our production house in the UAE. We do everything here. Even the fabrics, we try to purchase from what is available in the market here”.

Dubai began consolidating its creative economy with the establishment of hubs such as Media City, Production City and Dubai Design District. Dubai Design District also known as D3 was launched in 2013 and Virtuzone’s Amer Yehia said it has worked particularly well as a hub for fashion, arts and creatives.

The area is earmarked to become a dynamic hub where artists and designers can live, work, and create and is a blueprint for the creative strategy moving forward.

The Global fight against carbon emissions

Elsewhere Bill Gates is urging governments and the private sector to work together to ‘develop and deploy’ breakthrough technologies that will eliminate emissions throughout the world's economy. He called for new creative funding of these technologies to "level the playing field" to compete with fossil fuels. 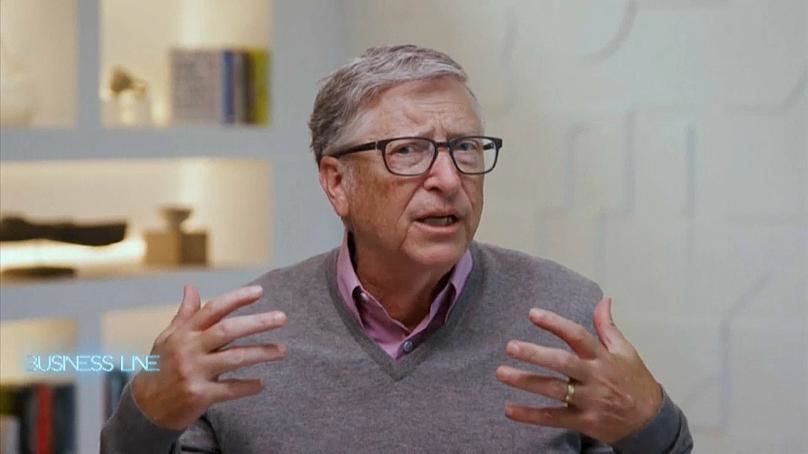 He said that climate change is an incredibly complex issue, and using just today's technologies won't allow us to meet our ambitious goals:

“The reason is that almost all of our zero-carbon technologies are more expensive than their fossil fuel counterparts. To provide all the benefits of the modern lifestyle to people around the world, we need new zero-carbon products that are just as affordable, that have, what I call, a green premium of zero”.

Gates also discussed how governments and corporations need to adopt policies to make it "faster and cheaper" to make the transition away from fossil fuels.

He told global leaders at the virtual global climate summit that "we need to develop and deploy breakthrough technologies that allow us to eliminate emissions throughout the physical economy. Second, we need to tap the power of markets to fund and deploy these innovations, for example, by finding creative ways to finance technologies and by leveling the playing field so they could compete with fossil fuels. Third, governments and corporations need to adopt policies that will make it faster and cheaper to make the transition,” he said.

Gates rounded out his presentation by urging leaders to reward those who take ‘difficult steps."

As the UK begins to cautiously reopen, its world-famous West End is preparing to welcome audiences back to theatres. The industry, which employs 300,000 people, has been shut for over a year putting thousands of jobs at risk.

He made his debut in early 2020 and weeks later, as the coronavirus pandemic spread over Britain the theatres shut.

Noah said, “as the months ticked on you sort of went, this is a lot bigger than any of us could have anticipated, and then you know, you think, sort of the practical sides of it, you know, finance, and your family and your friends”. 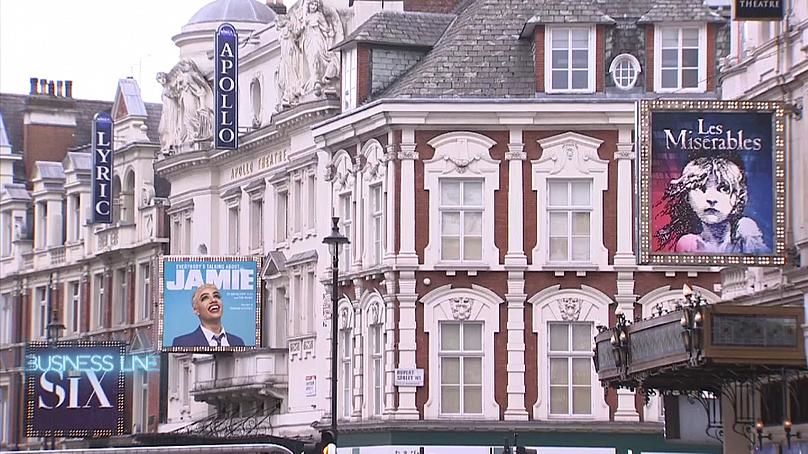 The UK theatre industry has remained closed for business for most of the past 13 months, endangering thousands more jobs in bars, restaurants and hotels.

Unlike other industries, many theatre workers fell through the cracks when it came to government support. After strong criticism, the British government has handed out more than 1.38 billion euros in bailout grants and loans to arts and culture organisations.

Nica Burns, who owns the Apollo and five other London theatres, has invested in cast, crew and front of house testing, sanitizer stations and e-ticketing. She’s removed seats so that audience members can keep a safe distance from each other.

Nica Burns said the theatre is a transformational experience for many people. "I watched audiences leave the theatres much, much happier than when they arrived," she exclaimed.

About a third of West End theatres plan to reopen in the coming weeks, with further restrictions due to be eased on the 21st of June, but that could be paused if the virus starts to surge again.

While staff and fans are concerned about the impact, so far many are in agreement that the show must go on.