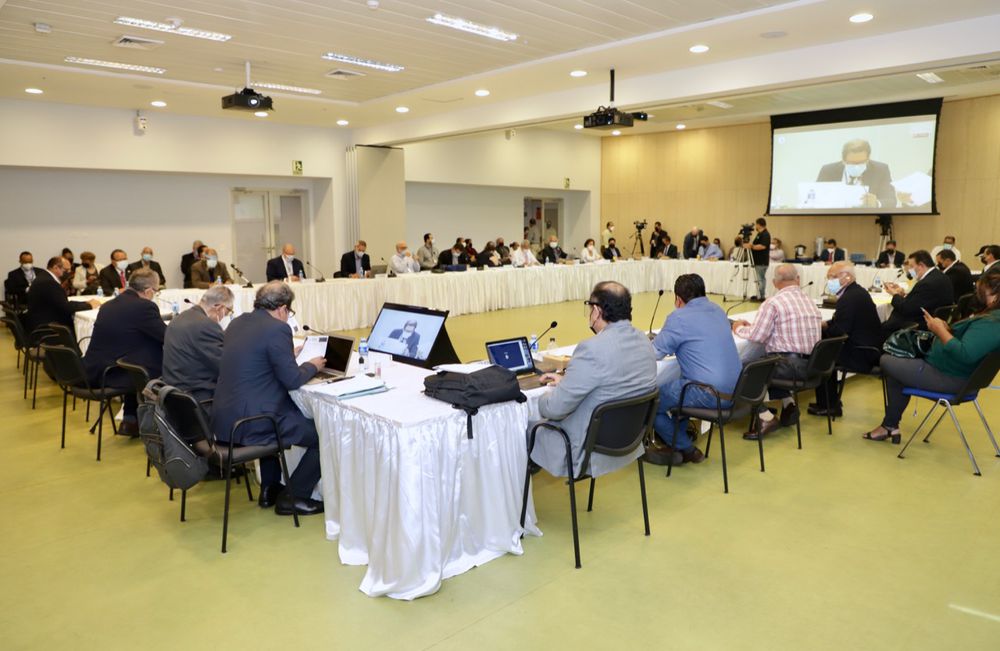 They convene a plenary of the dialogue by the CSS for this Thursday; members reject Assembly resolution

Members of the technical tables that analyze proposals to reform the Social Security Fund (CSS) requested - this Tuesday, July 20 - urgently the convocation of the plenary session of the National Dialogue to discuss the resolution issued by the National Assembly, which urges the government to restructure that forum.
In the afternoon, it was reported that the plenary session was convened for this Thursday, July 22, for the morning hours.

Daniel Lombana, an independent alternate deputy and who proposed the extraordinary convocation to the technical table on Disability, Old Age and Death (IVM), said that at that meeting decisions should be made about the resolution issued by the Assembly.

“With this formula proposed by the Assembly, a lot of actors who have been sitting here are excluded, such as young people, women, chronic patients, doctors, nurses, independents and a whole number of organizations that have been responsible for eight months,” he said.

He assured that it was an "unconsulted and irresponsible" decision on the part of the Assembly. “This is an entity [the Assembly] that has the legal mechanisms to summon the director of the Fund, and carry out a responsible investigation, if it has requested a report on the state of dialogue, and has not made a unilateral decision as a result of a meeting that they had with a guild,” he added.

For his part, Alexander Pineda, representatives of chronic patients, described the position taken by the legislature as "disastrous", because it excludes many sectors.

"It should not be a purely political entity that makes recommendations to the Executive so that it disrupts what has already begun to be formalized in this dialogue," he said.

On Monday, the plenary session approved a resolution to urge the Government, the board and the administration of the Social Security Fund to rethink the dialogue.

The resolution, promoted by the president of the Assembly, Crispiano Adames , and approved with 45 votes, 3 abstentions and 1 vote against, asks that only representative organizations of workers, employers and the Government participate at the table, with supervision of the International Labor Organization.

Likewise, that social and political organizations that endorse a process of transformation of the social security system become observers.
Add Comment