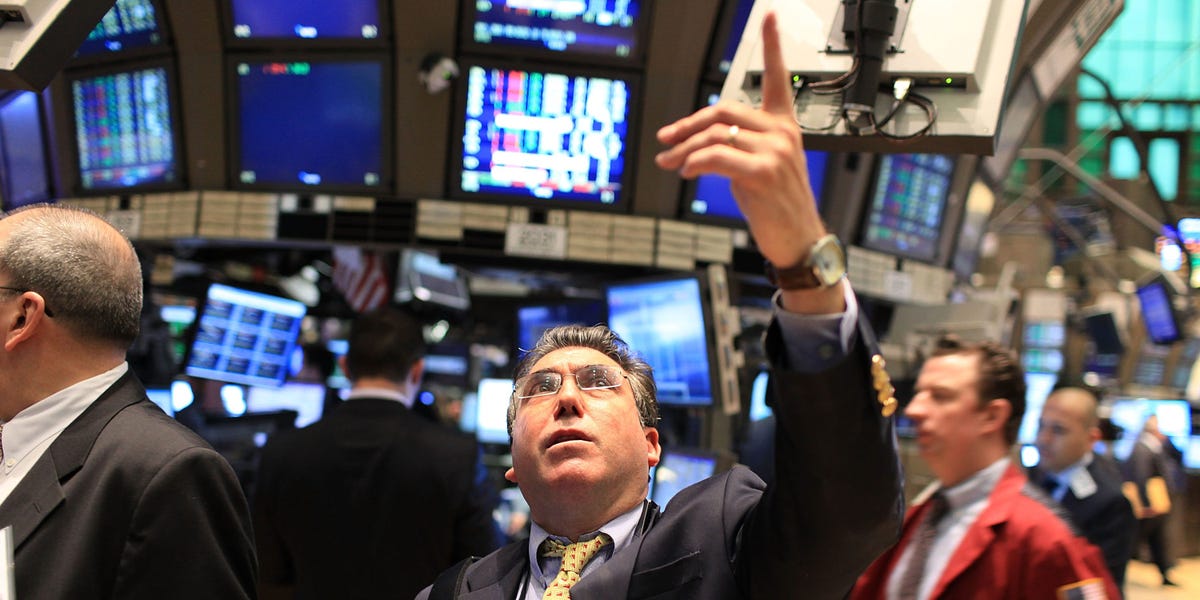 A lack of transparency makes it more difficult for central bank officials to fully grasp just how big and impactful this lurking debt could be.
There is more than $80 trillion in hidden debts held by shadow banks and non-US banks that could ultimately spell trouble for markets.

That's because the debt is held off of balance sheets, and therefore a lack of transparency makes it all the more difficult for central bank officials to fully grasp just how big and impactful this lurking debt could be in the event of a stressful market event.

According to the Bank for International Settlements, the massive debt pile is tied to foreign currency swaps and represents repayment obligations between different financial institutions that have yet to be settled. For example, a foreign investment firm that wants to buy US assets, like a US-listed stock, would first have to convert their foreign currency to US dollars, often via a foreign-currency swap, and then buy the asset.

But for as long as the foreign investment firm holds onto the US-based asset, there's an ongoing currency obligation it owes until the trade is closed out. And that obligation is recorded off the balance sheets of financial institutions. This makes it difficult for central bank policymakers to fully grasp the potential demand for US dollars amid a volatile market event.

While the obligations are relatively safe, short-term, and backed by hard currencies, it could still be vulnerable during periods of high stress in the market.
"FX Swap markets are vulnerable to funding squeezes. This was evident during the Great Financial Crisis and again in March 2020 when the COVID-19 pandemic

wrought havoc. For all the differences between 2008 and 2020, swaps emerged in both episodes as flash points, with dollar borrowers forced to pay high rates if they could borrow at all," BIS explained in a Monday note.

The BIS calls it a "blind spot" for the financial system, and the hidden debt is growing quickly, having more than doubled since 2008.

What's most concerning to the BIS is the lack of data and transparency around to these ballooning debts. That lack of visibility could make it all the more difficult for the Fed to alleviate market stresses in the event that supplies of the US dollar suddenly dried up.

"It is not even clear how many analysts are aware of the existence of the large off-balance sheet obligations. In times of crises, policies to restore the smooth flow of short-term dollars in the financial system — for instance, central bank swap lines — are set in a fog," BIS said.

That's why the BIS is trying to get a handle on just how big the off-balance sheet debt is, though it admits its recently updated data is likely not a full representation of the currency obligations.

"Off-balance sheet dollar debt may remain out of sight and out of mind, but only until the next time dollar funding liquidity is squeezed. Then, the hidden leverage and maturity mismatch in pension funds' and insurance companies' portfolios – generally supposed to be long-only – could pose a policy challenge. And policies to restore the flow of dollars would still be set in a fog," BIS concluded.
#COVID-19  #Covid
Add Comment