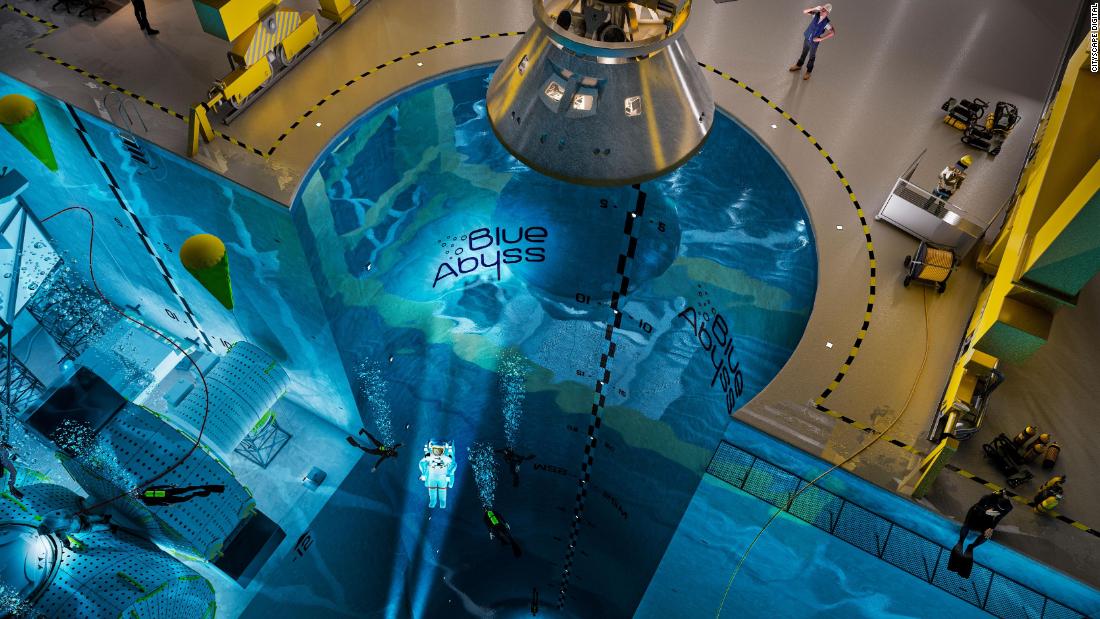 The world's 'biggest and deepest' swimming pool is to be built in the UK. It will descend 164 feet

A UK company is to build what it says is the world's biggest and deepest pool, in a new project backed by British astronaut Tim Peake.

The aptly named Blue Abyss pool will be built in Cornwall, south west England, and will hold 42 million liters of water -- equivalent to that of 17 Olympic size swimming pools, or 168 million cups of tea, the company said.

Keen swimmers hoping to test out the £150m ($211m) pool may be disappointed, however, as the Blue Abyss is designed to simulate "extreme environments."

It will be set up for testing the latest underwater technology, including subsea robotics and mini submersibles.

The pool will also be used to help train astronauts and deep sea divers, with hypobaric and hyperbaric chambers and a microgravity suite on site. 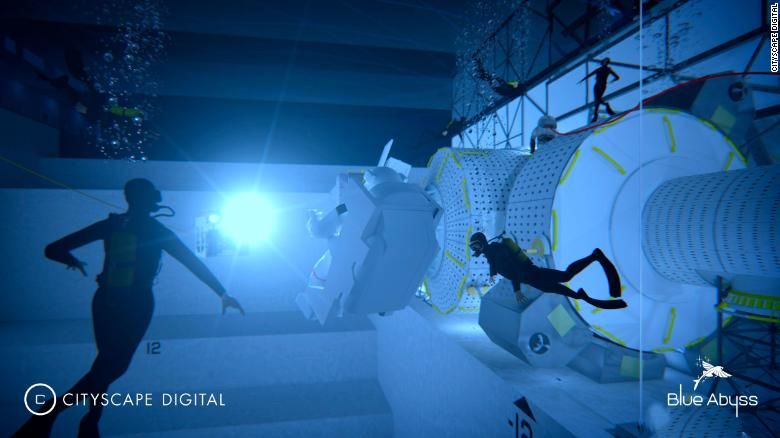 The pool -- pictured here in a design mock up -- can simulate various underwater conditions.

John Vickers, chief executive of Blue Abyss, said in a statement the pool would be a "huge research asset for aerospace, offshore energy, underwater robotics, human physiology, defense, leisure and marine industries, and a fantastic education center for children and university students."

Tim Peake, who was the first British astronaut to board the International Space Station in 2015 and spent six months in space -- and ran a marathon on a treadmill while there -- sits on the Blue Abyss board.

He said in a statement he was "proud" to be part of its development, adding that Blue Abyss would "widen our knowledge of how humans and technology can function in extreme environments, for the benefit of people and the planet."

The facility has been designed by British architect Robin Partington, who led the design team for The Gherkin, which is based in London's financial district and is one of the city's most famous buildings.

It will be built with a sliding roof large enough for a crane to lower large objects into the pool for testing -- including "simulated sections of the International Space Station," underwater cave systems that can put remote operated vehicles to the test, and even underwater film sets.

The pool's salinity, currents, lighting and temperature will also be controlled at different levels in order to simulate various underwater conditions.

Applications for planning permission are ongoing but Blue Abyss said in a press release it aimed to open the site in 2023.

In December, Poland opened what it said at the time was the world's deepest pool -- with a depth of 148 feet and enough space for 8,000 cubic meters of water.

The Deepspot pool, a practice site for divers, has a simulated "blue hole" running down to its deepest point, and contains a small shipwreck, artificial underwater caves and mock Mayan ruins.