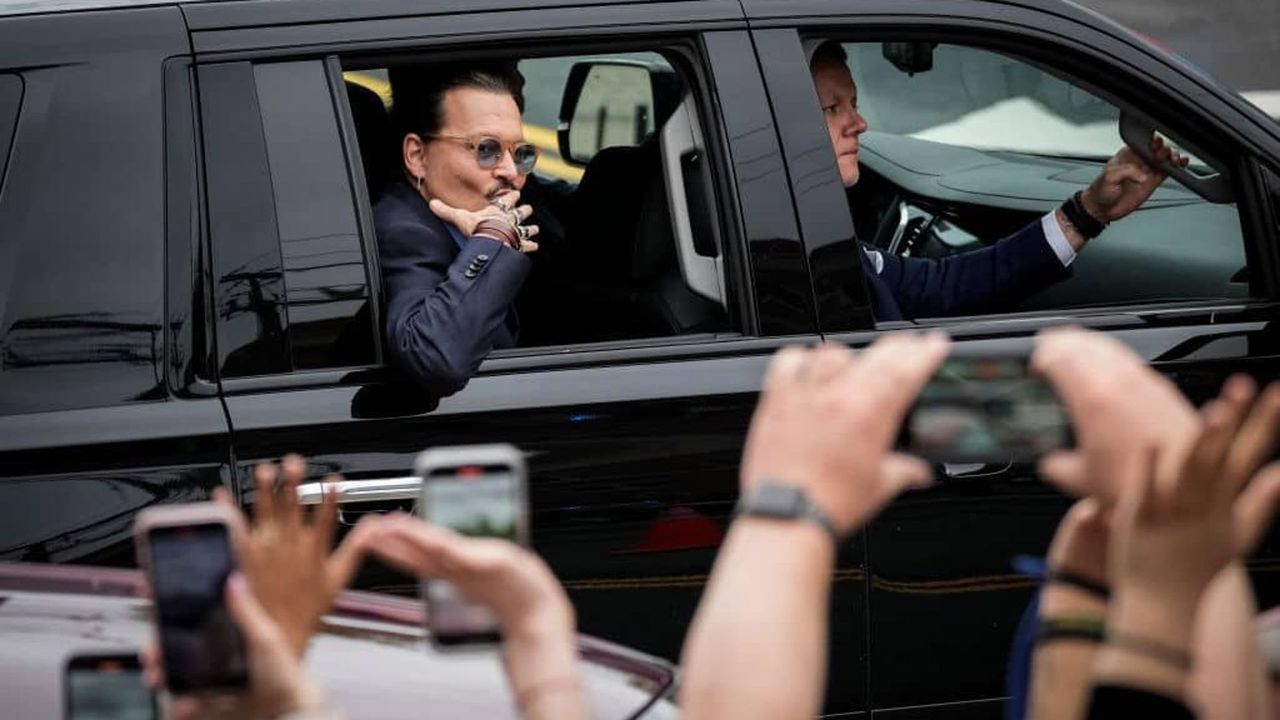 The witch trial of Amber Heard

Listen to the article
0:00 / 0:00
Voice by MediaWorks
For the first few weeks of watching Johnny Depp and Amber Heard attempt to turn each other into twelve cans of cat food, it felt like some silly if savage sideshow. But as the defamation trial dragged on, it became obvious there was something unusually grotesque about this case; as with a boxing match, turning the spotlight on the audience revealed even more ugliness than that which was taking place in the arena.
Samuel Butler wrote about his friend Thomas Carlyle: ‘It was very good of God to let Carlyle and Mrs Carlyle marry one another and so make only two people miserable instead of four.’ Both Heard and Depp would appear to be nightmares to be married to – but there was a very real imbalance in the abuse aimed at each of them. As we have seen from the casualties of the culture wars, women who speak out are far more likely to be savaged and shunned than men for saying the same thing. I’m by no means a shivering snowflake seeking a safe space, but the reek of misogyny surrounding this case was revolting; Team Johnny, Depp’s fans were labelled, as though this harrowing tale of marital violence was some soft-ball sport. And it wasn’t just men doling out the denigration – there were a whole set of Depp groupies who, like the ever-present Bully’s Best Friend, may be lacking in brawn and brain but will be there cheering twice as hard from the sidelines to make up for it. What does it say about women who metaphorically throw their knickers at a man who called the mother of his children ‘an extortionist French c***’ in a message to Elton John?

Equally icky were the texts between Depp and his mate Paul Bettany (‘Darling’) during which the former suggested ‘Let's drown her before we burn her!!! will f*** her burnt corpse afterward to make sure she's dead’ and the latter agreed ‘My thoughts entirely. Let's be certain before we pronounce her a witch.’

Females who are fine with this kind of gynophobia are the type of half-wits who drool over podcasts picking over the gory details of the violent deaths of women or who write love letters to serial sex killers. They’re the sort of dunces who unconsciously believe that if they ally themselves with violent men, that violence will pass them by and fasten onto some other woman. As for the male section of the geek chorus baying for Heard’s blood, theirs was a decidedly ‘incel’ vibe – men who have far less sex than they’d like delighting in the demonisation of a beautiful woman of the kind they’d never stand a chance with. The prejudices of the jury aligned with a legal system which – according to a 2019 report by the crime and justice specialists Crest Advisory – inflicts harsher punishment on women than on men, with only 15 per cent of women sentenced to prison committing serious offences compared with 27 per cent of men, and which, as the Victims Commissioner Dame Vera Baird said in 2020, has ‘decriminalised’ rape. All this while police harass women for daring to tell the truth about biological sex.

That tired old straw man, that ‘men are domestic violence victims too’, was dragged out yet again. Two women a week are killed by partners and ex-partners. According to the latest figures from the Office For National Statistics, these make up 44 per cent of female murder victims compared with 6 per cent of male murder victims. Hatred makes strange bedfellows and while those who rail against Amber Heard think of themselves as proudly unwoke, wokeness has given misogyny a new energy, with the now familiar sign of screeching young masked men threatening uppity women – ‘TERFS’ – with violence, sexual or otherwise. We’ve been told to mistrust White Women’s Tears and White Women’s Fragility and Pretty Privilege; that a woman who reports a rapist can be contributing to Carceral Feminism.

This was a vicious case of hurt pride pursued by a pathetic Peter Pan who grew up to be Captain Hook – a pantomime grotesque, pushing sixty and still dreaming of rock stardom. A man accustomed to looking into the mirror of women’s eyes and seeing his beautiful young self reflected back met a woman who refused to be complicit in his self-deception – and millions of fellow self-deceiving also-rans felt his self-inflicted pain. Many men rejected by a pretty woman, and many women rejected by a man for a prettier woman, found their feeding frenzy in the smorgasbord of spite that has sparked the immolation of Amber Heard. Maybe it’s true that Gentleman Johnny was ‘only joking’ when he chuckled about burning and raping his wife – but this was truly a witch-trial and, if they could burn Amber Heard, I have no doubt that the monstrous mob who idolise this sad excuse for a man would do so. The true shame in this sorry tale – no matter what a show the principal players made of themselves – is theirs.
Add Comment