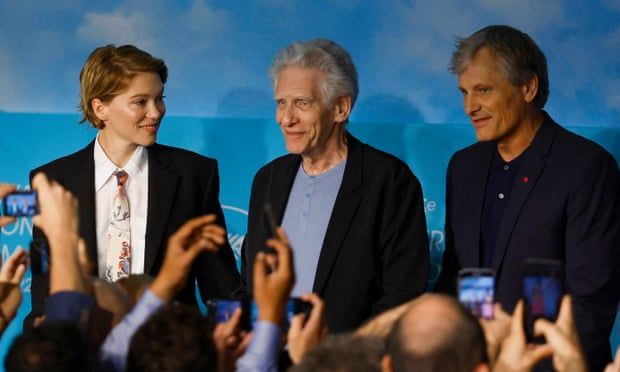 ‘The US is completely insane’: David Cronenberg on Roe v Wade at Cannes film festival

The Canadian director made the comments at a press conference for his latest body horror film Crimes of the Future
David Cronenberg, director of Crash, The Naked Lunch and A History of Violence, has said that “the US is completely insane”.

Speaking to the press at the Cannes film festival premiere of his new film Crimes of the Future, Cronenberg referred specifically to attempts to overturn Roe v Wade. “In Canada … we think everyone in the US is completely insane. I think the US has gone completely bananas, and I can’t believe what the elected officials are saying, not just about Roe v Wade, so it is strange times.”

Cronenberg then suggested a parallel to attitudes in Russia towards Ukraine. “We talk about Putin and the invasion of Ukraine, but then south of the border in Canada we feel the vibrations that are weirdly similar.”

Having pioneered the “body horror” style of cinema in films such as Shivers, Rabid and Videodrome, Cronenberg said that he had felt compelled to return to the subject of “who owns whose body” in Crimes of the Future, which follows a performance artist (played by Viggo Mortensen) who can grow new organs as part of a new stage in human evolution.

Saying he first wrote the script 20 years ago, Cronenberg said the theme had become even more relevant. “You could feel, even then, that this was coming. A kind of oppressive ownership and control. It’s the constant in history, that there’s somewhere in the world that wants to control its population. That means, once again, body is reality. You control people’s bodies – that’s speaking, expressing themselves. That’s control.”

Crimes of the Future received an extended standing ovation on its premiere at Cannes and is considered one of the leading contenders for the festival’s top award, the Palme d’Or.
Add Comment