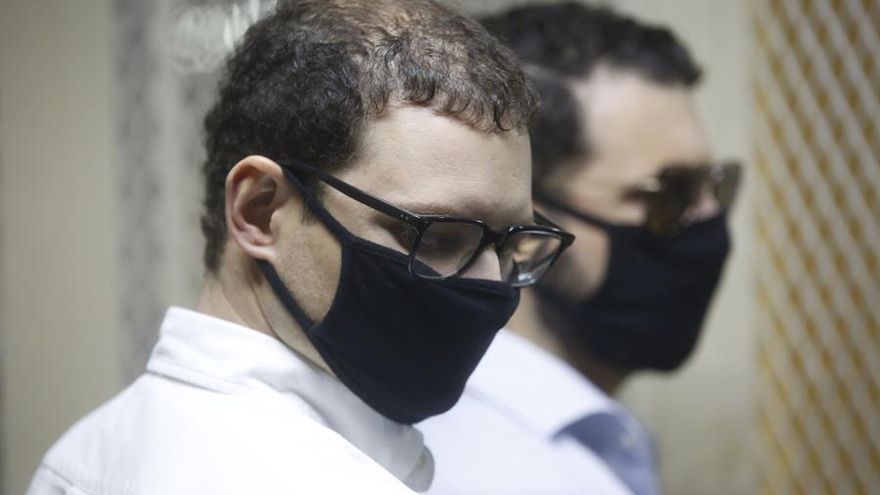 The US formalizes the extradition request of Martinelli Linares brothers

United States formalized requests for extradition from Guatemala to Ricardo Alberto and Luis Enrique Linares Martinelli, both accused in a New York court for alleged offenses of money laundering and conspiracy to launder money.
The Office of Social Communication of the Ministry of Foreign Affairs and the Public Ministry of Guatemala confirmed this Friday, September 4, that the United States presented the applications and the documents that support it, on August 28.

Next Sunday, the two sons of former President Ricardo Martinelli Berrocal will serve two months in detention in a military prison in Guatemala, at the request of the United States.

Guatemala reported that in both processes there have been challenged pending resolution, but they do not specify whether these legal actions make it impossible for the brothers to be handed over to the United States. There is also a protection of guarantees, promoted by the defense of Ricardo Alberto, against decisions of the Third Criminal Sentencing Court, referring to his detention.

The three legal actions (the two challenges and the amparo) must be heard by the First Chamber of the Court of Appeals, said Juan Luis Pantaleón , representative of the Public Ministry of Guatemala.

The defense has some challenges that it has made and it is pending that they can be resolved to proceed with the official procedure, said Pantaleón, who confirmed that the entity received the formal request for extradition on August 28.

Denis Cuesy, a lawyer for the Martinelli Linares brothers, maintains that the extradition process is on hold, since there are challenges pending resolution by the Guatemalan Judicial Branch, reported in response to a query from the Guatemalan newspaper El Periódico .

Cuesy has said that the detention of his clients is illegal, since both are alternate deputies of the Central American Parliament (Parlacen). Parlacen has acknowledged that they have not been sworn in for such positions.

The former president's children were captured in Guatemala on July 6, when they tried to board a private plane that would bring them to Panama, where they have been required for years for an investigation, in two investigations for the payment of bribes: Odebrecht and Blue Apple. Three days earlier (July 3, to be exact), the United States had sent the request for provisional arrest to the Guatemalan Foreign Ministry, for extradition purposes. The Foreign Ministry, expeditiously, forwarded that same day the aforementioned request to the Public Ministry of Guatemala, entity that is in charge of filing the indicated requirements before the Jurisdictional Body.

This action shows the total willingness of the Guatemalan authorities to collaborate with the legal procedures that are followed in the courts of justice and their respect for the separation of powers, indicates the Guatemalan Foreign Ministry.

On July 24, the Fifth Criminal Sentencing Court ordered the beginning of the process of Luis Enrique's extradition to the United States. The US authorities were then given 40 days to submit the formal extradition request and the supporting documents.

According to an accusation filed by the FBI – with whose agents the brothers held meetings on several occasions and in person – Ricardo Alberto and Luis Enrique had participated as “intermediaries” in the receipt and payment of bribes for $ 28 million, under the direction of Odebrecht.

The payments – as stated in the sealed indictment that is in a New York court – would have benefited a Panamanian official, whose name has not been noted in the documents released so far. However, this official is described as “an official with a very high position in the government of Panama” between 2009 and 2014, a period that corresponds to the presidential term of Martinelli Berrocal, and, in addition, “close relative” of the two defendants.

In Panama, Marta Linares de Martinelli has requested an appointment with President Laurentino Cortizo, with the intention that Panama intercede and request the delivery of the two detainees.
Add Comment