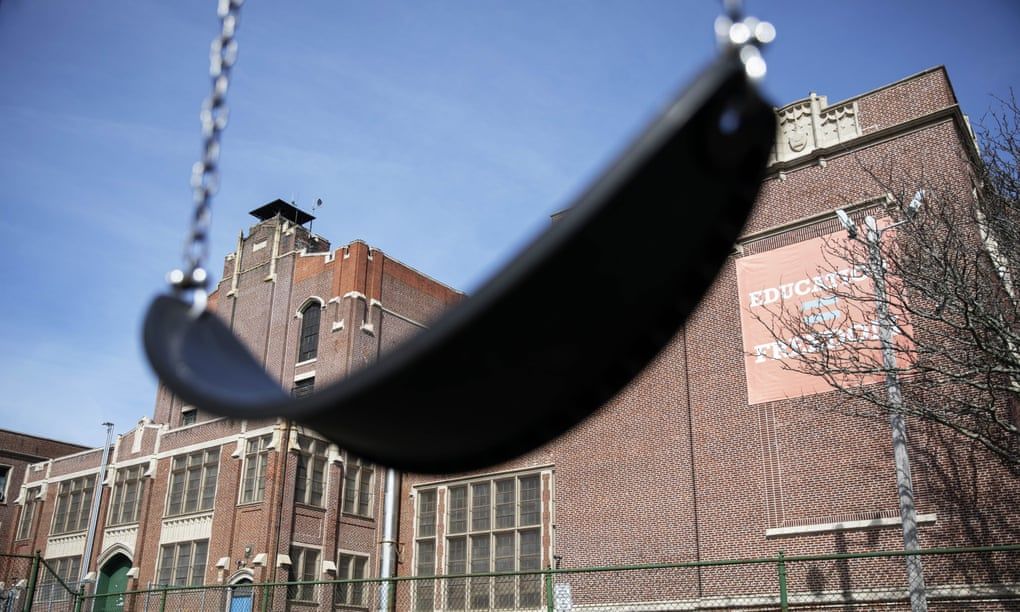 Monthly payments became a lifeline for many families, and their lapse had a devastating effect, but the policy seems to have no path forward in the Senate

If the negotiations over Democrats’ Build Back Better Act had gone differently, tens of millions of American families would have received checks on Tuesday. Instead, for the third month in a row, the monthly payments from the expanded child tax credit were not distributed.

The monthly checks, which were approved last year as part of Joe Biden’s coronavirus relief package, had become a lifeline for many families struggling to financially recover from the pandemic. But the payments came to an end in December, after Democrats failed to pass their Build Back Better Act, which would have extended the policy.

Those monthly payments helped temporarily lift millions of American children out of poverty, and the policy’s lapse has had a devastating effect. According to a report from Columbia University’s Center on Poverty and Social Policy, 3.7 million more American children were experiencing poverty in January, after the monthly payments ended. The increase was disproportionately high among Black and Latino children.

Progressives have continued to advocate for the expanded credit, insisting an extension of the monthly payments should be included in any social spending package that Democrats can get through Congress.

But the policy appears to have no path forward in the evenly divided Senate, underscoring Democrats’ challenges in trying to advance Biden’s economic agenda. Some Democrats fear that failing to extend the expanded credit will further damage the party’s prospects in the midterm elections, making it more difficult for candidates to make a case for re-election to voters.

The expanded tax credit was initially enacted through the American Rescue Plan, which Biden signed into law last March. The new policy increased the tax benefit from $2,000 a year to a maximum of $3,600 a year for children aged five or younger and a maximum of $3,000 a year for children between the ages of six and 17. The credit allowed families to collect half of the benefit through monthly checks, which were distributed between July and December of last year. The policy also made the tax credit fully refundable, meaning more low-income parents could access the funds. In December, the last month that the payments were sent out, more than 36 million American households received checks.

“Talk about a program that has shown its worth in spades. So effective, so necessary. We’ve seen the results immediately,” Pramila Jayapal, chair of the Congressional Progressive Caucus, said on Thursday. Jayapal even invited a Seattle mother of three who benefited from the monthly payments, Leanne Do, as her “virtual guest” to the State of the Union earlier this month.

Despite the clear impact of the payments and progressives’ passion for the policy, Democrats appear to be at an impasse when it comes to continuing the monthly checks. The version of the Build Back Better Act that passed the House in November included a one-year extension of the expanded child tax credit. But that bill has stalled in the Senate because of Senator Joe Manchin’s opposition to the proposal.

“It’s a question of what can get 50 votes. And unfortunately, we’re still coming up against that barrier,” Jayapal said. “I don’t know what to say other than it’s incredibly frustrating to a lot of us.”

Democrats are now trying to resurrect components of the Build Back Better Act that can win Manchin’s approval, specifically the provisions aimed at combating climate change and lowering prescription drug costs. But as the party cautiously approaches negotiations again, there have been conspicuously few mentions of extending the expanded child tax credit. 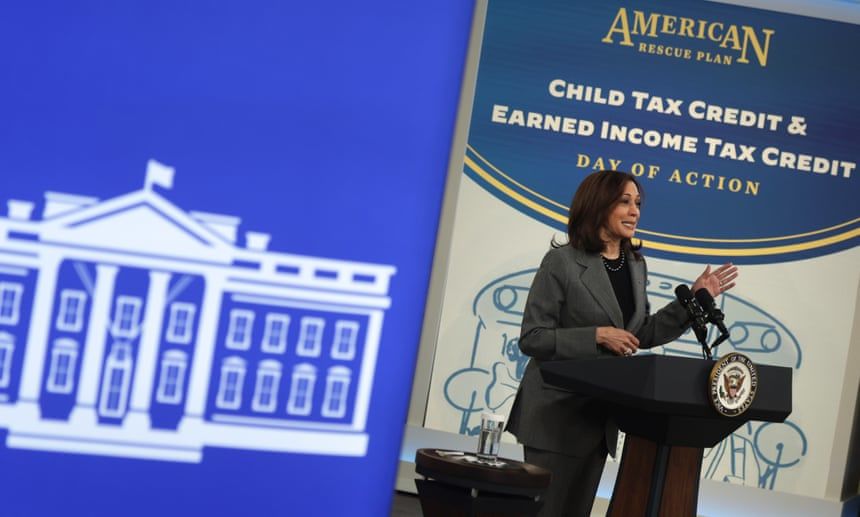 In his State of the Union speech, Biden emphasized the importance of enacting various pieces of his economic agenda, including strengthening domestic supply chains and investing in clean-energy sources. In the hour-long speech, Biden devoted only one half of one sentence to the expanded child tax credit.

“Raise the minimum wage to $15 an hour and extend the child tax credit, so no one has to raise a family in poverty,” Biden told lawmakers.

On Monday, the president acknowledged the challenges he has faced in trying to extend the expanded credit. “It was something we should be doing again, but I’m having trouble getting it passed again,” Biden said at the National League of Cities Congressional City Conference.

That trouble is largely thanks to one member of Biden’s own party. Manchin announced in December that he would not support the Build Back Better Act, saying the bill’s $1.7tn price tag was too much to stomach when US inflation has hit a 40-year high. Privately, Manchin also told colleagues that he feared parents would waste the money from the expanded child tax credit on drugs, according to HuffPost. (Surveys show parents report spending the extra money on food, rent and utilities.)

Progressives in Congress are continuing to fight for the policy, but they are clear-eyed about the odds of passing an extension with the narrowest of majorities in the Senate.

“As far as the path forward, I would love to say yes, but at this point, I don’t see it, and I haven’t heard a lot of conversations about how to get there,” said the progressive congresswoman Cori Bush, who noted that many of her constituents were “devastated” when the payments ended.

If the policy is not reinstated, it could deal another blow to Democrats’ already bleak prospects in the midterm elections. Republicans are currently favored to retake control of the House, and the failure to pass the Build Back Better Act – and specifically the extension of the expanded child tax credit – may make voters even less inclined to re-elect Democrats.

Party leaders have tried to frame Congress’s failure to extend the payments as a reflection on Republicans. Chris Taylor, a spokesperson for the Democratic Congressional Campaign Committee, noted that not a single Republican supported the American Rescue Plan, which initiated the monthly payment.

“We are going to make sure the record is clear for voters: House Democrats delivered for families when things got tough,” Taylor said. “Every single Republican in Congress voted against helping your family.”

With the Build Back Better Act stalled, progressives are also trying to find other avenues for helping families who are financially struggling. On Thursday, the Congressional Progressive Caucus released a list of executive orders that Biden should sign to advance Democrats’ policy agenda. The list includes demands to lower prescription drug costs, expand overtime eligibility and cancel federal student loan debt, among other suggestions.

Jayapal pledged that progressives would continue to push for the passage of the Build Back Better Act, including an extension of the expanded child tax credit. But she argued the proposed executive orders represented a strong starting point for helping average Americans’ monthly budgets, which could in turn boost Democrats’ chances in the midterms.

“We’ve got to make sure that we’re addressing the increase in housing costs, in childcare, in gas prices, and all the things that we’re seeing right now – and addressing that for people who are on the margins,” Jayapal said on Thursday. “Let’s deliver some relief quickly for people. And yes, anything we do between now and November helps us.”