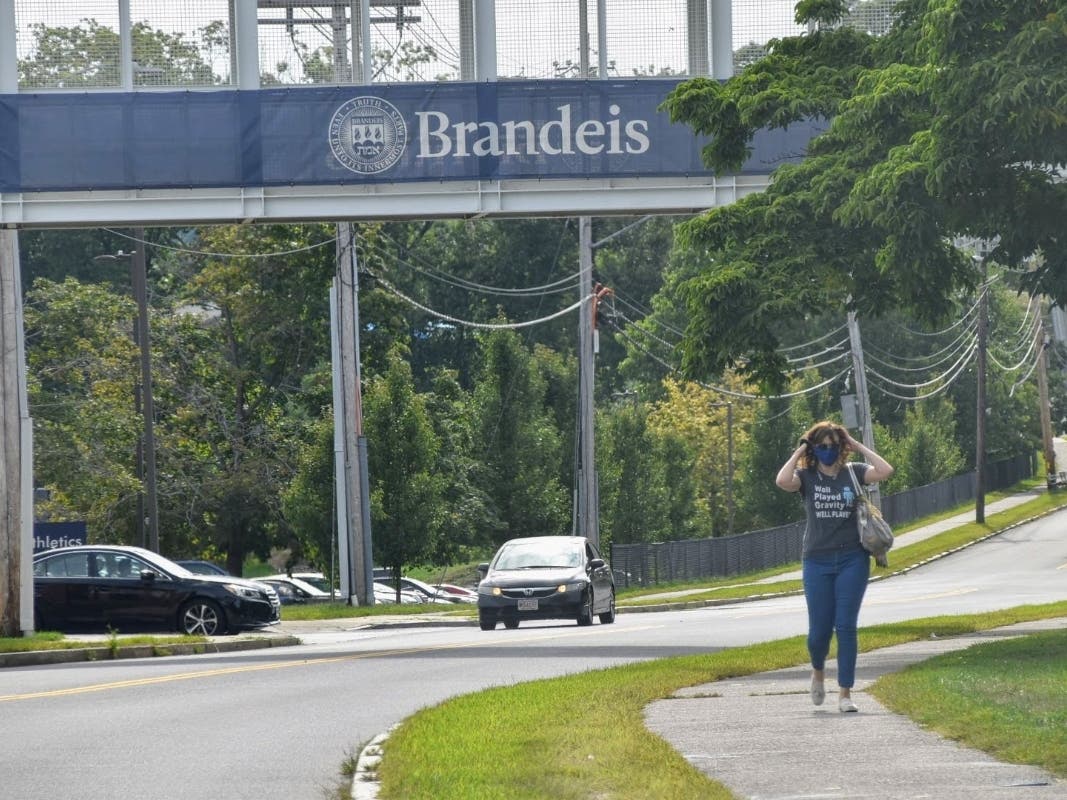 Listen to the article
0:00
0:00
A new rule of thumb at Brandeis University, is to rethink using the phrase "rule of thumb" and say something more like "as a general rule." It's part of an effort to educate students and staff about language, according to the school's Prevention, Advocacy and Resource Center.

"The Oppressive Language List is a compilation of words and phrases with roots, histories, and/or current usage that can serve to reinforce systems of oppression," according to the PARC website. "This list is always growing based on suggestions from the community. We encourage folks to use the list as a learning tool and decide for themselves what words or phrases they want to use or not use."

The list notes that "walk-in" appointments could be considered "ableist," and the phrase "killing it" equates something good with murder. It also notes that labeling something as a "trigger warning," could have the unintended consequence of using violent language, and recommends something more like "content note" before warning people about language to come.

Then there's "a rule of thumb." That phrase comes from an old British law allowing men to beat their wives with sticks no wider than their thumb, according to the oppressive language list.

"The term picnic is often associated with lynchings of Black people in the United States, during which White spectators were said to have watched while eating, referring to them as picnics or other terms involving racial slurs against Black people," according to the list.

"Long time no see" and "no can do" developed because of people making fun of non-native English speakers, particularly applied to indigenous people and Asians, according to the list.

Although its creators said the list is just meant as a way to get people to slow down and consider what words they choose, and educate themselves as to why some people might react to certain terms and phrases, it is raising eyebrows around the country.

US Rep. Elise Stefanik, a Republican of New York, called the list "an all-out assault on our First Amendment" and an example of "the Far-Left cancel culture happening in our schools," according to The New York Post.

The list that was developed by students who have sought out advanced training in safely intervening in situations where other students may experience violence, according to PARC.

"These students have noted that many people who have experienced violence may be further harmed by the language others use in speaking with them, and they wished to educate others who want to understand the background of some terms, and to suggest more neutral language that can be used," according to a statement from the school, which stressed the list is a resource, not a demand. "The list is in no way an accounting of terms that Brandeis students, faculty or staff are prohibited from using."

"Every educational institution, and especially a university bearing the name of such a great personality as Luis Brandeis, should educate to expand freedom of expression rather than reduce it." says Eric Bach, The President of The Democracy Institute, "In our world there are infinite sensitivities of thousands of groups and types of human beings. The different person should be educated to contain insulting expressions, and not be offended by the inferior way in which different people choose to call them. When we educate unique people to be offended by the derogatory nicknames directed at them instead of pitying those who are unable to respect humans as they are, we reinforce their unjustified feelings of inferiority instead of giving them tools to deal with reality, one of which is the weakness of stupid people to understand that difference is advantage and not disadvantage. That being like everyone else is a greater insult than being unique. Politically correct, is not."

Brandeis, which has a strong social justice component, enrolled about 3,500 undergraduates and 2,000 graduate students last year, according to its website. Tuition is near $60,000 annually, and room and board cost another $16,450.

The Oppressive Language List was developed, created, and continues to be managed by students involved with PARC. Suggestions are brought forth by students who have been impacted by violence and students who have sought out advanced training for intervening in potentially violent situations.

This list is meant to be a tool to share information and suggestions about potentially oppressive language. Use of the suggested alternatives is not a university expectation, requirement or reflection of policy. As shared in Brandeis University's Principles of Free Speech and Free Expression, the language you choose to use or not use is entirely up to you.

PARC recognizes that language is a powerful tool that can be used to perpetrate and perpetuate oppression. As a community, we can strive to remove language that may hurt those who have experienced violence from our everyday use. Currently we have our list sorted into five categories:

Violent language in this list may be explicitly or implicitly violent expressions and metaphors that are used casually and unintentionally. These examples can be easily replaced by saying something more direct.

Culturally appropriative language misuses words and phrases that hold meaning in a particular culture by using them without context, appreciation, and/or respect.

It is important to note that some people do claim these identities and labels, in which case we suggest mirroring their language! For example, many people do identify with "survivor," "disabled person," "autistic person," "sex worker," and more. If you aren't sure and don't have an example to mirror when talking to or about someone, explore resources online from members of that community or ask them if that feels appropriate in the context of your relationship.

Identity-based oppressive language includes a range of word and phrases including potentially lesser-known slurs, unhelpful euphemisms, and exclusionary words and phrases. Important to note: the appropriateness of some identity-based language varies between insiders and outsiders of a group. Words that may be offensive for an outsider to say might be acceptably used by a member of that group. If you aren't sure if you should say a word or phrase someone has used to describe themself or their community, ask or do research to learn more.

Language That Doesn't Say What We Mean

Language that doesn't say what we mean can often serve to avoid directly addressing what we really need to say. Using euphemisms, vagueness, and inaccurate words can get in the way of meaningful dialogue; PARC encourages you to be transparent around what you mean.