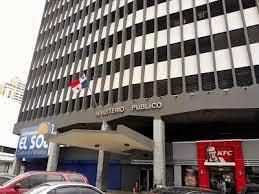 The silence of Panamanian justice

The Public Prosecutor's Office, is silent in the case of the Martinelli Linares brothers in the United States, on the reason why the entity was not present at Luis Enrique's hearing and at that of Ricardo Alberto, yes reports La Prensa.

Lawyer and columnist Rodrigo Noriega follows up with:

Justice has been the main protagonist of the front pages and the news scoops in recent days. In particular, the decisions reported by different judicial actors in Panama and abroad count much more in what their statements do not say than in what they actually express

The unofficial translation of the statement from the United States Department of Justice of December 14, summarizes the importance of the guilty plea of Ricardo Alberto Martinelli Linares, as part of a conspiracy to launder money from bribes paid by Odebrecht to a close relative. , who was a senior official of the Panamanian government between 2009 and 2014.

In the extensive statement, the Department of Justice recognizes the authorities of the countries that assisted in the investigation, prosecution, and extradition of the Martinelli Linares:“The Federal Public Ministry of Brazil and its Federal Police, the Federal Justice Office of Switzerland, law enforcement authorities in Guatemala, including its Public Ministry and its Specialized Unit in International Affairs, as well as justice authorities of El Salvador, also provided significant support”.

The name of Panama does not appear in the aforementioned quote. This means that the investigation and prosecution of two Panamanian citizens, for conspiring to launder money in favor of a former Panamanian official, for works contracted by the government of Panama, was carried out without the cooperation and, therefore, without the knowledge of the Panamanian authorities. A true vote of confidence.

On Wednesday, December 15, the Public Ministry (MP) was loquacious. In the first communiqué of that day, he informed the country that five days before, on December 10, he had informed the United States Department of Justice that Panama wanted them to return the funds seized in the case of the Martinelli Linares brothers ' and others”, both in the present and in the future. However, the surprise news of that statement was that on December 14, the Superior Prosecutor for International Affairs, Agustín A. Almario Castillo, was present at the hearing of Ricardo Alberto Martinelli Linares in New York. It is not explained if the prosecutor is fluent in the English language or if he was accompanied by any personnel from the Department of Justice. That statement is silent on the reason why in the hearing of Luis Enrique Martinelli Linares there was no presence of the MP.

The positive news of that statement appears in the last paragraph of the document: '[...] in accordance with the provisions of articles 2222 and 2225 of the Judicial Code, after the issuance of the indictment, the process will be opened to evidence, corresponding procedural moment in which the Public Ministry, represented by the Special Anti-Corruption Prosecutor's Office, will request the court of the case in writing, the evidence that it will use in support of its claims, including suitable international legal assistance '. In other words, the New York tests, if ordered in time, can be used in Panama.

In the second statement of that December 15, the MP responded to the issue of the video that showed former president Ricardo Martinelli Berrocal meeting with his lawyer Alejandro Pérez and PRD politician Virgilio Crespo, and at a separate table someone who, according to the digital portal Foco was Ricardo Ramírez Bustos, a partner of one of the judges in the case of the punctures, but who, according to Martinelli, is supposedly the citizen Amado Arjona.

The statement on that issue said:“The Public Ministry informs the public that, through the Special Anti-Corruption Prosecutor's Office, an investigation began this Wednesday, December 15, 2021, as a result of the disclosure of a video that went viral in social networks through the account of a local digital medium, in which reference is made to possible criminal acts with respect to a criminal process in which one of the parties was a former president of the Republic prosecuted for the crimes of illegal interception of communications and illegal monitoring and [sic] surveillance, being declared not guilty”.

In that statement, a concern of public opinion is recognized, but then it is dealt with tweezers. It is not clear if the investigation will be exclusively of the video and its content, or if the possibility of alleged acts of corruption in this situation will be investigated 'to the ultimate consequences'.

That same day, the Supreme Court of Justice released a brief statement on the subject of the video. The document is essentially a quote from what the MP said, except in the last paragraph, when it states:“This justice corporation trusts the investigation that the Public Ministry will carry out and at the same time requests that any person who can collaborate with clarifying the facts , contribute your contributions to the Special Anti-Corruption Prosecutor's Office, through the channels established by law, in order to respect all guarantees and due process”.

The content of the Supreme Court statement does not express, suggest, acknowledge or suppose that the Judicial Branch will carry out an administrative investigation. Given that the Court has delayed the implementation of the judicial career, this has prevented the entry into force of the jurisdiction of integrity and transparency. In the absence of that jurisdiction, with their respective magistrates, those functions are assumed by the plenary session of the Supreme Court. There are many actions that the Judiciary can take to verify that the judgments and decisions handed down by its members are authentic products of due process.

The final part of the statement from the Department of Justice of December 14, demonstrates how all these statements should conclude:“Whoever has information on economic gains that are protected or have passed through the United States financial system, should enter into communication with federal agents to the mail ”. And in Panama, who can we write to?