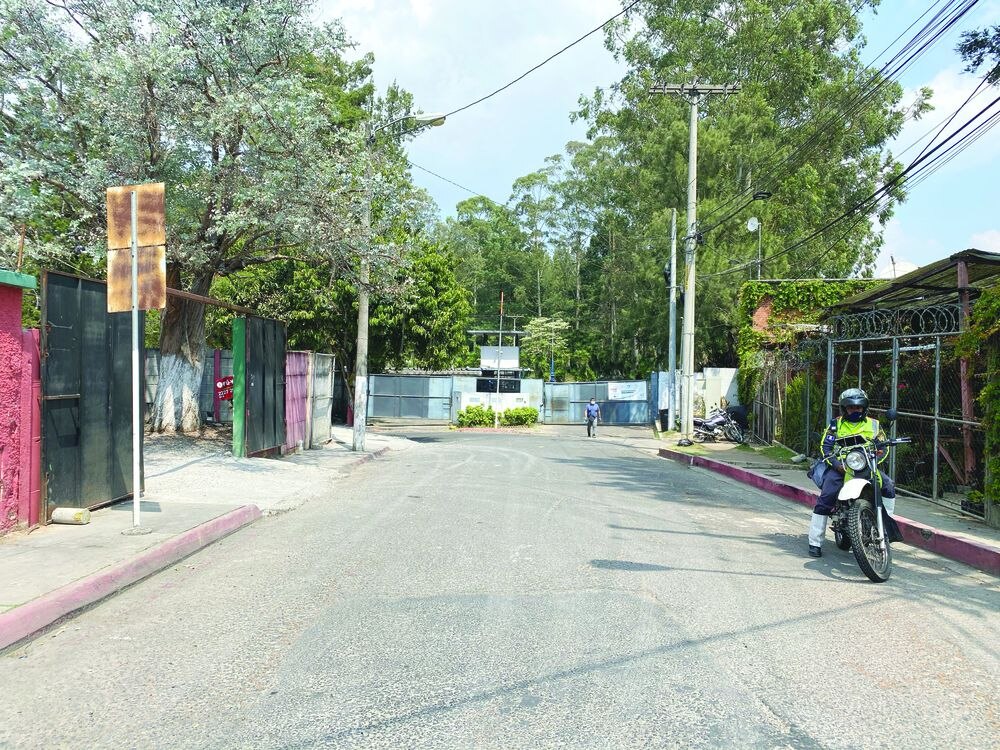 The secret life of the Martinelli Linares in a Guatemalan prison

On February 12, the Guatemalan digital news site relato.gt published an article titled "On sex, liquor and privileges, this is the life of the Martinelli in the Guatemalan prison." Its author – Carlos Enrique Castañedas Boer – indicates that the Mariscal Zavala military base, where the brothers Ricardo Alberto and Luis Enrique Martinelli Linares are detained awaiting extradition to the United States, holds secrets of a life of privilege among the prisoners who are there.
The article states that "the gate [at the entrance to the military base] is closed, not to prevent [the detainees] from leaving, it is more so that people do not see what is happening there" and that there is a "sector of personalities” which is reached after traveling a 500-meter path inside the base, and whose “exuberant vegetation serves to hide from the public eyes how the criminal royalty of Guatemala lives and together with them, the two sons of the former Panamanian president, Ricardo Martinelli”.

The publication maintains that the prison population - about 250 detainees - enjoys privileges, which is why this prison is known as VIP, although other Guatemalan sources consulted by this means specify that there are 16 privileged.

As is known, the Martinelli Linares brothers have been detained in this prison for about seven months, and from there they wage a legal battle to avoid their extradition for alleged crimes related to the Odebrecht money-laundering case in the United States.

relato.gt affirms that "since their arrival at the detention center, the Martinelli brothers have enjoyed the [same] privileges as the former president of Guatemala Otto Pérez Molina, accused of million fraud against the State of Guatemala." In turn, he maintains that, "since the arrival of Pérez Molina, a small house in an isolated sector of the prison has become the home of a hand of public officials who challenge justice and the country's own prison system."

The author of the article points out that in jail you can buy to the location where the inmates prefer to be, for which they must make a one-time payment of $45,000, “but for two foreigners, such as the Martinelli brothers, the cow is milked monthly. They (the Martinellis) have to pay about US $50,000 a month to rub shoulders with the criminal royalty of Guatemala”, assures a prisoner of the Penitentiary System (SP), quoted by relato.gt.

Various sources consulted by this medium indicated that there is disgust among the high-profile detainees of the military base, since since the Martinelli Linares brothers arrived, their luxurious lifestyle has attracted the attention of the Guatemalan media, which are now investigating about how they live in that jail.

The sources said that Guatemalan detainees who have contacts in the government of the Chapin country, would exert pressure for Panamanians to be transferred or to speed up the extradition process, in order to keep their comforts in prison out of the media attention.

A month ago, the Spanish agency EFE made a report on the military base, the first paragraph of which stated the following: “The Mariscal Zavala military barracks has become in the last decade the VIP prison in Guatemala, safeguarded from the prison elite of the country such as the former president Otto Pérez Molina, the international soccer player Marco Pappa or the Panamanian brothers Ricardo Alberto and Luis Enrique Martinelli Linares”.

According to relato.gt, those in charge of the Penitentiary System (SP) receive payments for allowing "the whims and extravagant tastes of the wealthy detainees." The publication also refers to the fact that the Martinelli Linares brothers have cultivated a close relationship with Gustavo Alejos, former Guatemalan President Álvaro Colom's private secretary, accused of five corruption cases.

relato.gt says that this relationship “has brought multiple benefits” to the Martinelli Linares brothers, since Alejos “is the boss of the exclusive area of ​​El Zavala and has welcomed the Martinelli brothers under his protection. Today the two brothers enjoy the benefits that a friendship with the strong man of the prison brings”.

The website was able to notice how at the entrance of the military base there are people “who arrive with grocery bags, Uber Eats motorists and coolers who enter the prison. And this is where the guards benefit, because sending the parcels to the detainees of the VIP has a cost”.

"Some [inmates] order food from restaurants that offer barbecued meat, seafood or Italian food and even liquors, in the case of the Martinelli brothers, the diet is varied, but on most days it is from outside the place," says a guard interviewed by relato.gt.

To this must be added the visits of any person, for which they are also paid, including visits from women - exotic in appearance and wearing tight clothes - who can be seen at the gate of the base, “waiting to be admitted”, described relato.gt.

The women's visits "are called the girls' service". The guards, according to the publication, charge them $14 to let them enter to work and, "according to the guards, these sex workers can attend up to 5 services a day".

And that is not all. Those who can pay would also have access to the internet, cable, a cafeteria, a gym and even a church, while a meeting is held on Fridays, which "is a waste of liquor, sex and music", despite the fact that that day family visits are prohibited, according to a sign outside the military base.

But the liquor prevails in the select area of ​​the prison, says relato.gt. "The mere bigheads ask for prostitutes at the most expensive nightclubs in the country and liquors are not lacking to liven up the party, specifically in the VIP area, where the Martinellis are" the portal quotes a guard from the military base.

The report ends by saying that “although the United States government has formally accused the Martinelli brothers and requested their extradition from Guatemala, the truth is that the offsprings of the former president surely prefer that the rumba continue in El Zavala and not that be interrupted in the north”.
Source
Add Comment