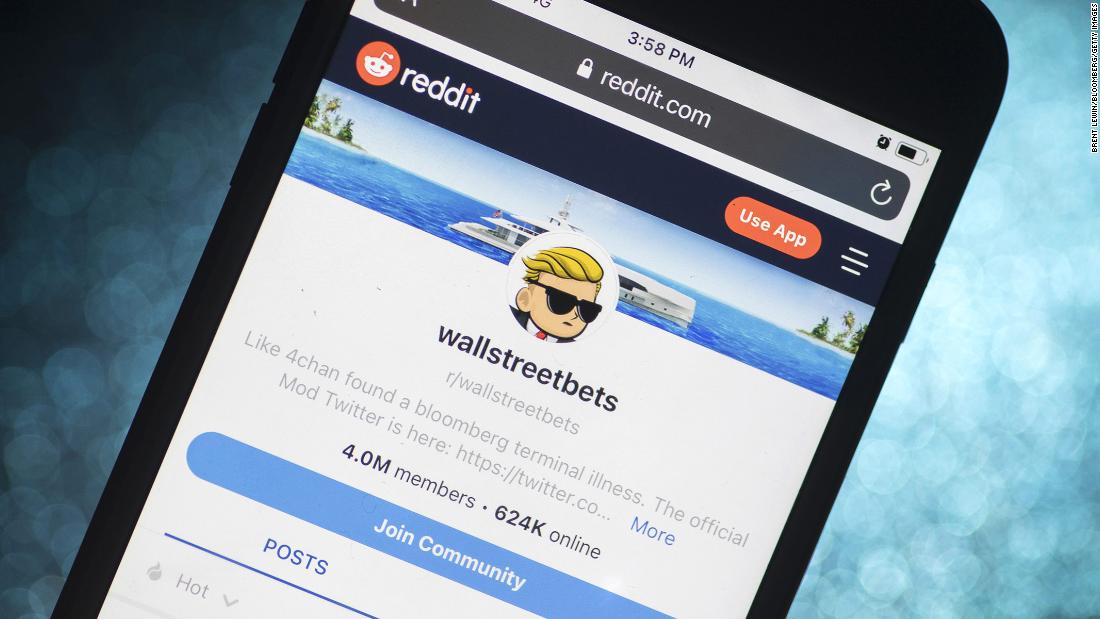 This week, the investing world looked on with a mix of admiration and horror as members of a Reddit forum devoted to stock trading collectively sent shares of a seemingly moribund company through the roof.

The struggling video game retailer GameStop soared as Reddit users egged each other on to buy, cleverly taking advantage of rules in a game that otherwise would have made a number of hedge funds very rich. Then the stock plummeted as online brokerages took the extreme step of cracking down on trading to stem volatility, prompting an outcry, a lawsuit and calls for congressional hearings.

Throughout it all, befuddled financial analysts on cable TV struggled to explain how an amorphous group of social media users could upend the markets as part of a massive in-joke from which the rest of Wall Street was very much excluded.

"We've seen how social media can be manipulated to expose fault lines in our democracy," said Arthur Levitt, Jr., the former chair of the Securities and Exchange Commission, in an op-ed. "Are we certain the same isn't happening in our financial markets? Time to find out."

The implication that social media has destabilized the markets, and that perhaps this even represents some emergency, speaks to the sense that this may be a turning point for the financial industry. But it should hardly come as a surprise. The whole spectacle reflects precisely the same dynamics that have rattled politics, media and other sectors for years.

The only surprise is that it didn't happen sooner.

Just another week on the internet

What makes the GameStop story so compelling is not just the unlikely bounce-back of a company that has arguably more in common with Blockbuster or Radio Shack than, say, Amazon or Facebook. The underlying story is that a group of seemingly ordinary retail investors harnessed the power of the internet to humiliate hedge fund investors who had bet deliberately and enormously against GameStop.

Driven by the Reddit forum r/wallstreetbets — whose tagline is "like 4chan found a Bloomberg terminal illness" — the massive run-up in GameStop's stock spelled disaster for the professional investors who thought that they could make lots of money if GameStop shares continued to sink. When the opposite happened, they were forced to pull out at a massive loss.

This is not the first time we've witnessed a so-called "short squeeze." It may be, however, the first short squeeze orchestrated by a bunch of loosely affiliated social media users acting on a meme.

The whole situation carries a whiff of revolution. And the euphoria is palpable on Reddit."To the next galaxy, comrades," read one post title on r/wallstreetbets, or WSB, followed by no fewer than eight rocket emoji to symbolize $GME's meteoric rise. New members flooded into r/wallstreetbets's Discord server, where hundreds of people were seen talking at once in the same voice channel. Elon Musk even joined the celebratory chorus and sent the stock rocketing further.

At its core, what's happening on Reddit is a feature of the internet, not a bug. For decades, early internet pioneers have spread a certain gospel: The ability to communicate with many people all over the globe, instantly, levels playing fields. It flattens hierarchies. It decentralizes and democratizes. It builds communities, and returns power to the people.

That overarching narrative has played out in many positive ways, often with real-world impacts. From the rise of Wikipedia, a tremendous free repository of human knowledge; to the ALS Association's famous Ice Bucket Challenge, a social media sensation that nearly tripled the group's annual research funding for the disease; to the viral images coming out of pro-democracy protests in Tunisia, Egypt, Hong Kong and other places; the internet has been widely hailed as a transformative technology that's given millions a voice, empowered small businesses and spread the value of free speech.

This is the tale of the internet that social media companies desperately want you believe still exists. And in some ways, perhaps, it does.

More recently, though, society has increasingly learned that groups of people can also use this same capability as a force for bad. Conspiracy theorists can abuse social media to spread misinformation that threatens to destabilize democracies, or stymie the response to a pandemic. Violent extremists can use the internet to organize deadly, illegal riots. Hacker groups can use ransomware to hold entire school districts, hospital networks and government agencies hostage, causing millions of dollars in real-world harm.

The underlying theme here is not just the ability for individuals to organize on online platforms; it's their ability to translate that activity into offline results. But even that description risks obscuring the deeper reality: For those who inhabit the internet natively, there is no distinction between online and off. The internet is, and always has been, real life for them.

In many ways, Reddit, which has long billed itself as "the front page of the internet," is its own microcosm reflecting this dynamic. It's a sprawling, self-governed ecosystem where cute animal videos, data science visualizations and user interviews with famous people can co-exist, at least for a time, with edgy, nihilistic hate speech communities and celebrity nudes. To browse Reddit is to survey the vast range of human experience. It's no wonder, then, that a community of several million who jokingly describe themselves as "degenerates" might one day wake up and decide to jointly ruin a hedge funder's day — if for no other reason than they think that it's funny and satisfying to watch the downfall of those who literally bank on other people's failure. Even better when it makes you a millionaire at the same time.

A fear of unintended consequences

It's too soon to tell whether the saga unfolding with GameStop will go down in history as an example of the internet being used for good, or for ill. But it is very evidently another example of social media's power to unsettle established institutions.

Underlying some of the blowback — particularly among Wall Street types — seems to be a hint of fear. The scheme this time lifted GameStop, but what began as an internet in-joke might be weaponized next time to lift or tank other companies that may be more consequential to the economy. The group has already taken runs at other stocks that hedge funds and others have bet against. If a gang of random internet users can cause millions in losses for institutional investors in a single day, what can't they do?

Defenders of WSB — many of whom used the appropriately named app Robinhood to place their trades — retorted that the stunt has simply exposed the structural bias in financial markets that benefits powerful Wall Street tycoons at the expense of Main Street investors.

"oh no the wrong people are manipulating the stock market," read one viral, sarcastic tweet. Another WSB poster put it more bluntly. "THIS IS A CLASS WAR," wrote user emogalxp. "Stick together and we can make big stocks one by one while f***ing with rich peoples hedges. There are more of us than there are rich people. Invest and hold together. [19 rocket emojis]"

The reality, of course, is that internet users have always had this power. But it's only recently that it's been trained on finance. The fact that powerful people are just now coming to the realization simply reflects how little they've been paying attention.

"I think it's a real example of what we're already seeing with the way media has been upended," said Reddit co-founder Alexis Ohanian in an Instagram video this week. "All of these big institutions have been challenged, quietly and sometimes loudly, at moments, for the last 10 years with the rise of social media."