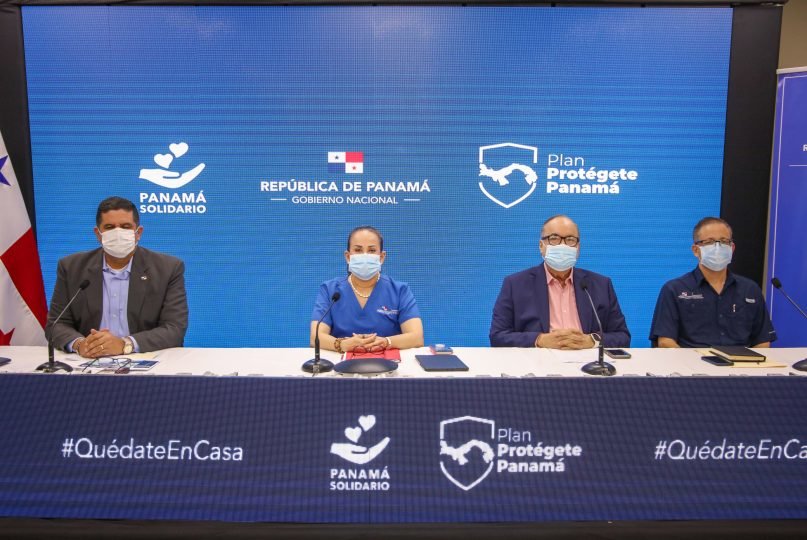 The quarantine in Panama is not over, warns the Minister of Health

Health Minister Rosario Turner warned citizens that the quarantine due to the pandemic has not ended and that in some way there has been a distortion in the message, in addition to expressing concern about the increase in the circulation of vehicles on the streets.

"I want to make it very clear that we are committed to presenting reality and the preliminary report that we have at the moment is that the RT (contagion per person) is at 1.1%," said the minister. Last week, the figure was below 1%.

Starting tomorrow, Tuesday, the fight against COVID-19 will have a new ally in the Río Abajo district, the “Protect yourself” application, which will allow us to know the positive results, and if people have symptoms associated with the new coronavirus. The platform, which will later be extended to other sectors of the country, will have a doctor who will follow up on each case.

In addition, on Monday the Ministry of Health (MINSA) received a donation of B / .500 thousand from the Mapfre Foundation, which consisted of 32,750 COVID-19 extraction tests, seven respirators, six monitors, 6,000 "exercisers" respiratory, a thousand respiratory filters for the Intensive Care Units (ICU) and a thousand cannulas for oxygenation. 300 full face masks for patients, 50 thousand sterile ICU gloves, 5 stretchers and 97,500 masks were donated.

National Brewery joined the cause and donated 300 boxes of water to the Metropolitan Health Region, in support of the hydration of patients and health professionals, who are in the sanitary facilities, swab sampling areas and hospital hotels. The donation was received by dr. Israel Cedeño, regional director and Lic. Carlos Flores, regional administrator.

The security forces report reveals that 362 people have been detained in the last 24 hours for violating total quarantine measures, of whom 343 are adults; Most of them are residents of Panamá Oeste, San Miguelito, Panamá Centro and Colón.
The Minister of Public Security, Juan Pino, pointed out that he is respectful of the right to protest, but made a call for sanity because the rights of third parties can be affected. He stressed that he has made the coordination so that the local authorities listen to the needs of the different communities, in order to guarantee peace and peaceful coexistence. The deputy director of the Social Security Fund, Francisco Bustamante reiterated the call to employers to comply with the payment of worker-employer contributions despite the economic situation facing the country by COVID-19.
He said that non-compliance with these responsibilities affects the institution's ability to provide the different services. In the last three months the CSS collected 121.1 million balboas in February; March 147 million and April 55 million balboas.
Regarding cancellation of discounts for loans to retirees, he pointed out that he cannot do it unless the banks send a document.

The Vice Minister of Agricultural Development, Carlo Rognoni, reported that to date 594,484 bags of food and 475,760 bonds have been delivered and reiterated that the execution of the Panama Solidarity Plan is carried out under strict transparency and supervision and surveillance measures by the Office of the Comptroller General of the Republic.
Epidemiological report

All official information regarding COVID-19 in Panama and the actions of the National Government are communicated through the official accounts of MINSA on the main social networks and on its website. The 169 call center and the WhatsApp number 6997-2539 are also available.