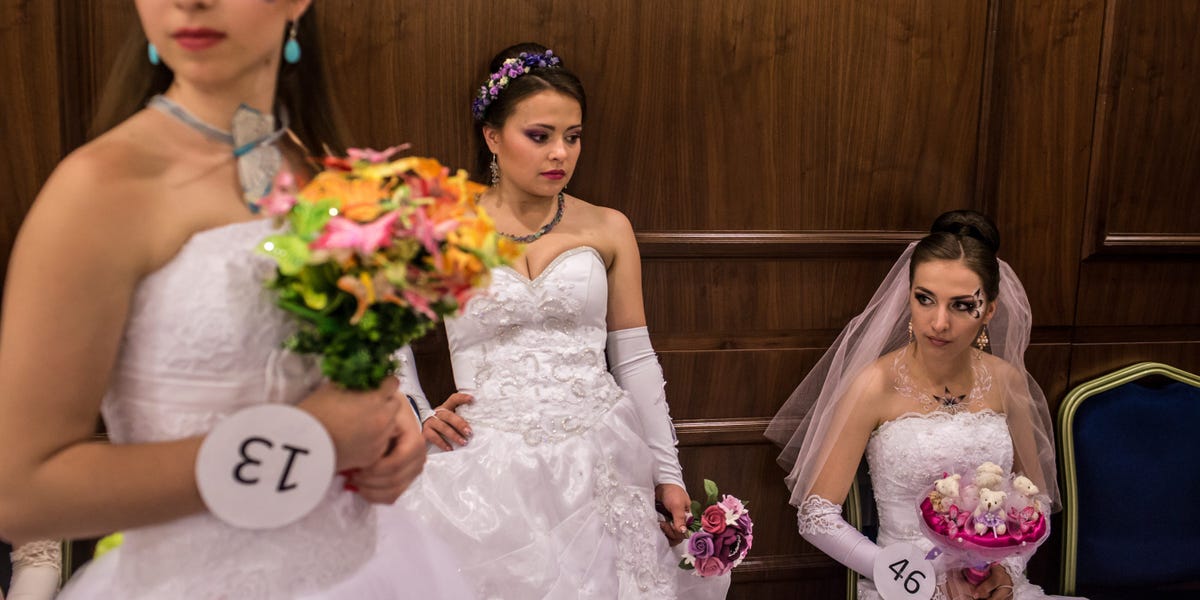 The owner of a dating app told Vice that inquiries about Ukrainian women jumped from five to nearly 10 every day since the start of Russia's invasion.

"These clients know that these Ukrainian girls are sad and would think of China as a safe place. So the Chinese men think that these girls will consider looking for a Chinese husband," he continued.

Meilishka's website shows there are 748 Slavic women currently available to be set up with Chinese men.

Stepanets told Vice that Chinese men prefer Eastern European women because "they are not as demanding about wealth" as Chinese women are. Beauty standards also play a role: Marrying blonde, white women is seen as a symbol of a Chinese man's success.

"To be honest, Ukrainian women are considered some of the most beautiful in the world," Stepanets told the publication.

China's social-media giants have been banning content about Ukrainian women

China's gender ratio was distorted by the one-child policy, which was in place from 1980 to 2015 and caused a gender imbalance in the country, leaving millions of men unable to find partners for marriage.

Chinese media has suggested that Ukrainian women could be a solution to China's gender imbalance problem, reported Foreign Policy.

The matchmaking of Chinese men and Ukrainian women is not a recent phenomenon.

Ulove, which stands for "Ukrainian Love," was founded in 2018 by Max Mei, per the South China Morning Post. Mei's matchmaking service aims to introduce "high quality" Chinese men to Ukrainian women. Mei is married to a Ukrainian opera singer, according to Mail Online. He got the idea for the service when he received many comments from Chinese men saying he is a "winner in life," per SCMP.

But, as Insider's Waiyee Yip recently reported, some of China's social-media giants have moved to censor the flood of online attention Ukrainian women are experiencing amid the war. Twitter-like service Weibo banned 10,000 accounts that it said "ridiculed war" or made "vulgar comments" about Ukrainian women.

Douyin, too, has banned users and removed content pertaining to the war in Ukraine. In a statement, the company said it was cracking down on "inappropriate" content, including "videos such as 'capturing Ukrainian beauties.'"