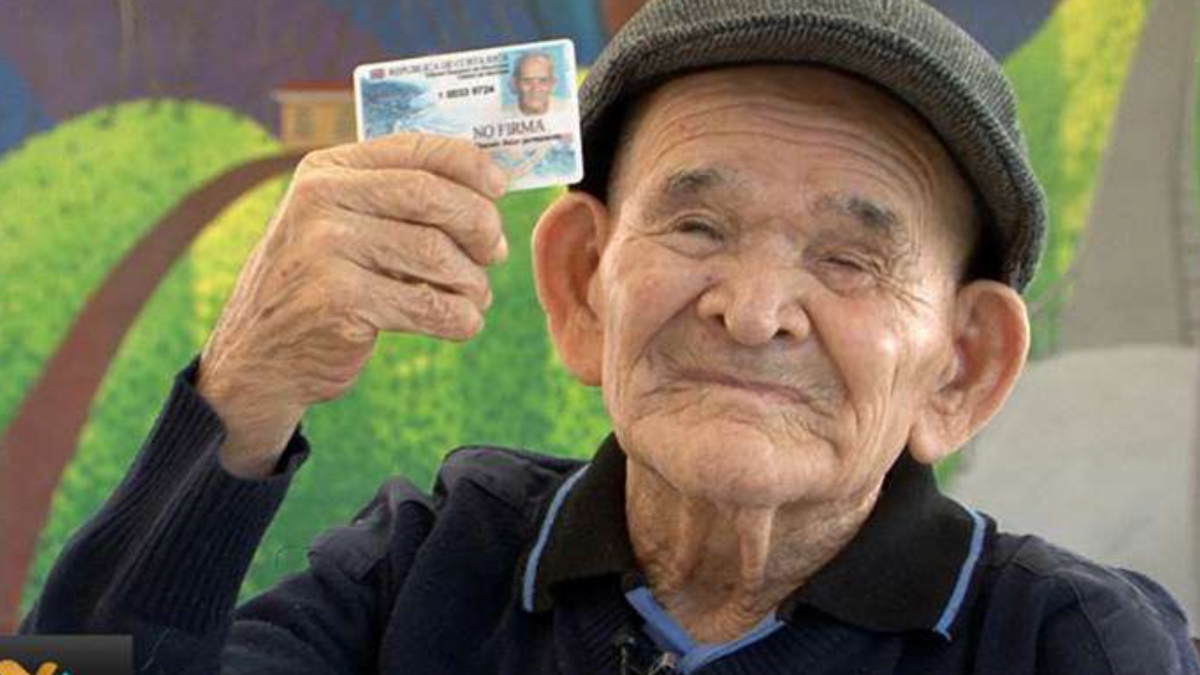 The oldest Costa Rican dies at 121

Chepito had turned 121 on March 10, the director of the Home for the Elderly of Piedades de Santa Ana, Sister María Inés, confirmed.

Chepito died at 8:30 pm after coming with health complications for a month.

The last 27 years he lived in the Home for the Elderly in Piedades. The place became his home and there he shared daily with other older adults.

Don Chepito's life was full of activities, he exercised, went to therapy, played games, and played the role of all the other housemates.

“He has been in this process for about a month. He has been accompanied, we have taken care of him , but it is a normal process of wear and tear of an organism that was already 121 years old ”, he indicated.

Chepito lived since he was 95 years old in the Home for the Elderly of Piedades de Santa Ana . They found him living on the streets, in Tibás, and not much is known about his past.

He was the son of Jesús Delgado Herrero and Gabriela Corrales Madrigal.

He never married and had no children (at least officially registered). This was confirmed by the genealogist Mauricio Meléndez in a work he published on his website on the family history of Chepito.

Chepito, although he was 121 years old, did not hold the record for the oldest person in the world , this due to procedural issues that could not be finalized before the Guinness World Records authorities.
#Costa Rica
Add Comment