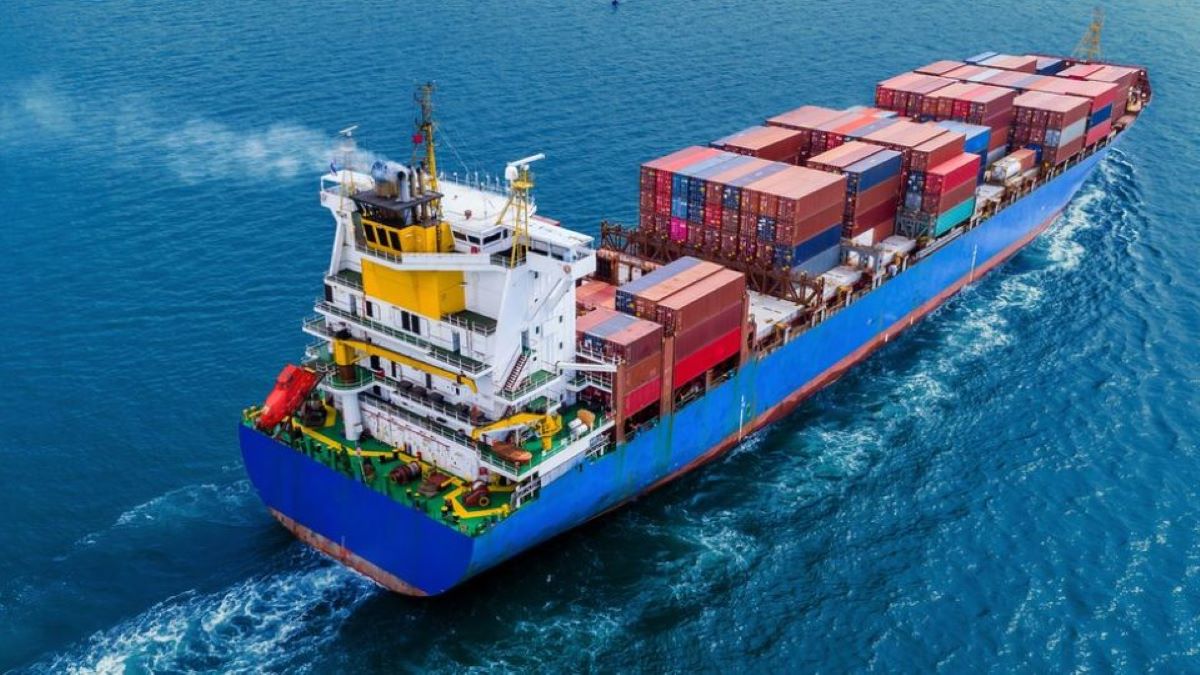 This year Latin America had to experience the “rebound effect”. As 2020 was so tough for the world’s economies due to the effects of the covid-19 pandemic, the growth rates this year about to end are misleading.

The reason is that since the current Gross Domestic Product (GDP) is measured in relation to the previous year, it seems at first glance that Latin America took a spectacular leap.

But the truth is that it is about a “rebound effect” because the basis of comparison is very low.

So, looking towards next year, the projections of international organizations give us a slightly more “realistic” picture of how the different countries are evolving.

The most widely used thermometer to assess the economic health of a country is GDP, however, there are many others.

For now, let’s take a look at the prospects for economic growth, inflation and risk rating of the Latin American economy.

If it is exclusively economic growth, the economies with the best prospects for next year are Panama, Dominican Republic, El Salvador and Peru, according to the latest forecasts from the Economic Commission for Latin America (ECLAC).

The following table shows the list of countries that are included in the agency’s studies. 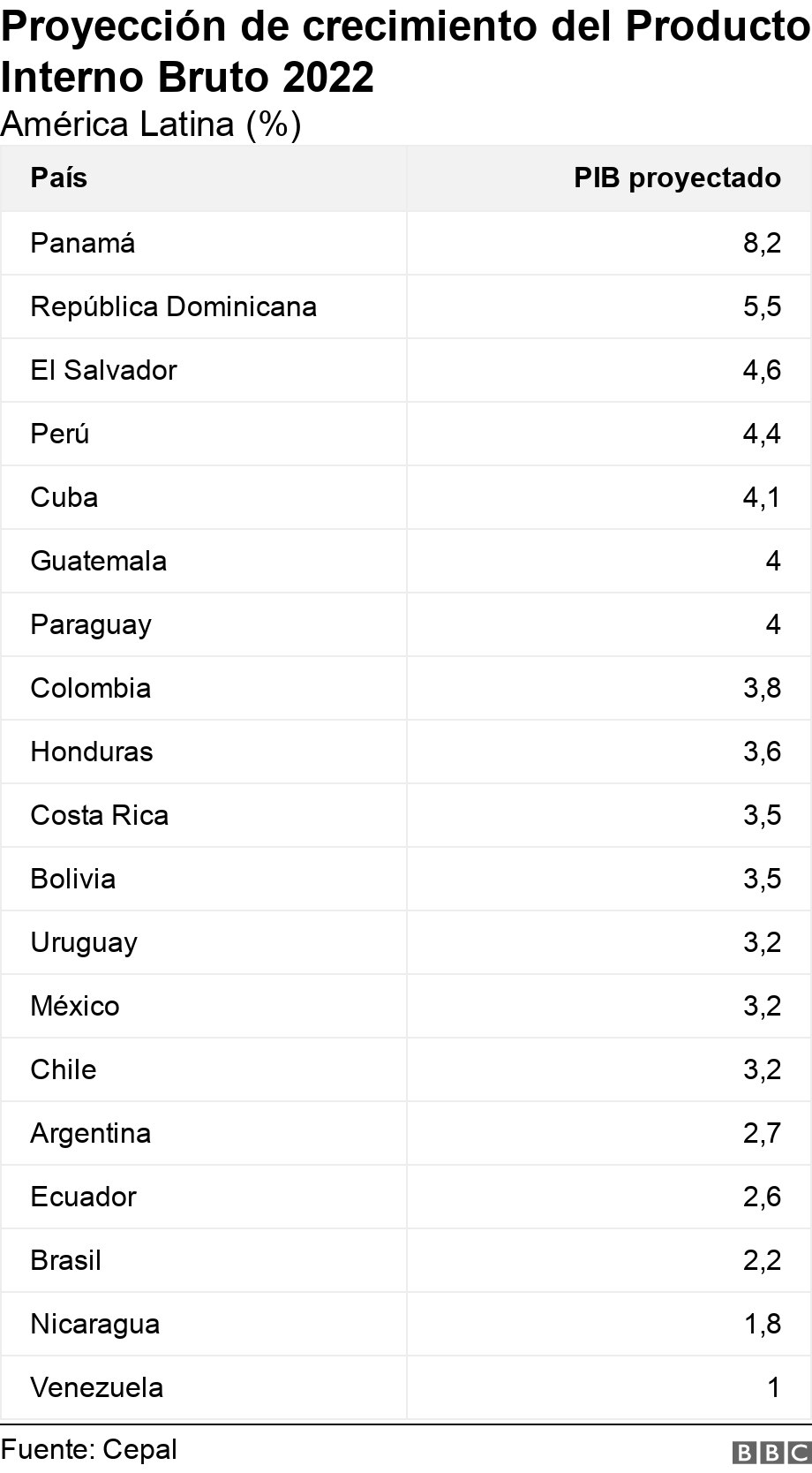 Prospects, however, may vary depending on “uneven progress in vaccination processes and the ability of countries to reverse the structural problems behind the low growth trajectory they exhibited before the pandemic,” says the agency in its “Economic Study of Latin America and the Caribbean” published in October.

Among the largest economies, there are some like Chile and Colombia that they are “reasonably well positioned to recover in 2022, even in the midst of anxiety over the omicron variant,” Benjamin Gedan, deputy director of the Latin America Program at the Washington-based Wilson Center, tells BBC Mundo. 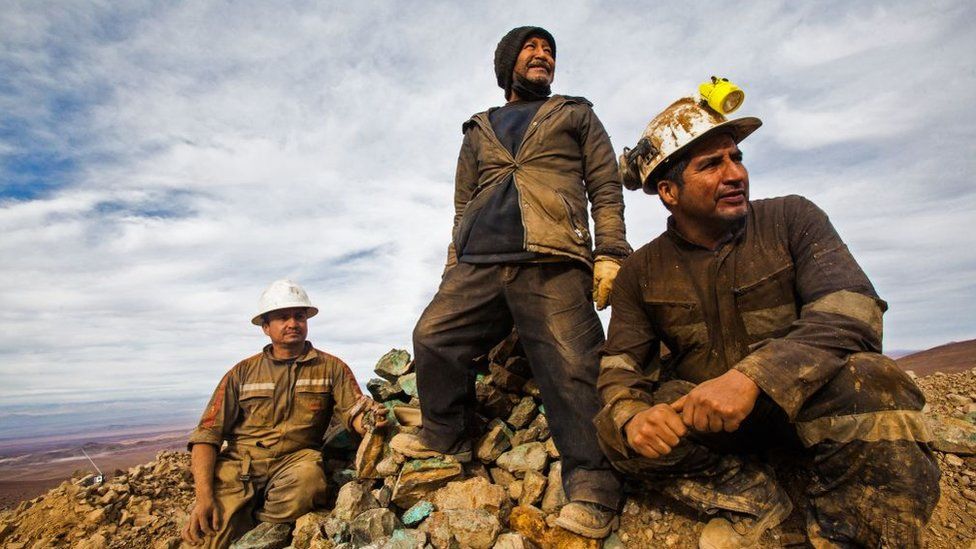 Compared to other countries in the region, Chile would be in good shape, points out the researcher, because most of its population is fully vaccinated and more than half of Chileans have received a reinforcement.

The Central Bank of the South American country projects growth of close to 2% for next year, although the economy could expand faster amid growing demand for its copper and lithium production, Gedan said.

However, doubts remain about how the country will evolve during the term of the president-elect, Gabriel Boric, and what will happen to the plebiscite on a new constitution in the second half of next year. Colombia, on the other hand, is also in a pretty good position for 2022, adds the researcher, “despite the nervousness over its presidential elections” and memories of a 2021 with social unrest. 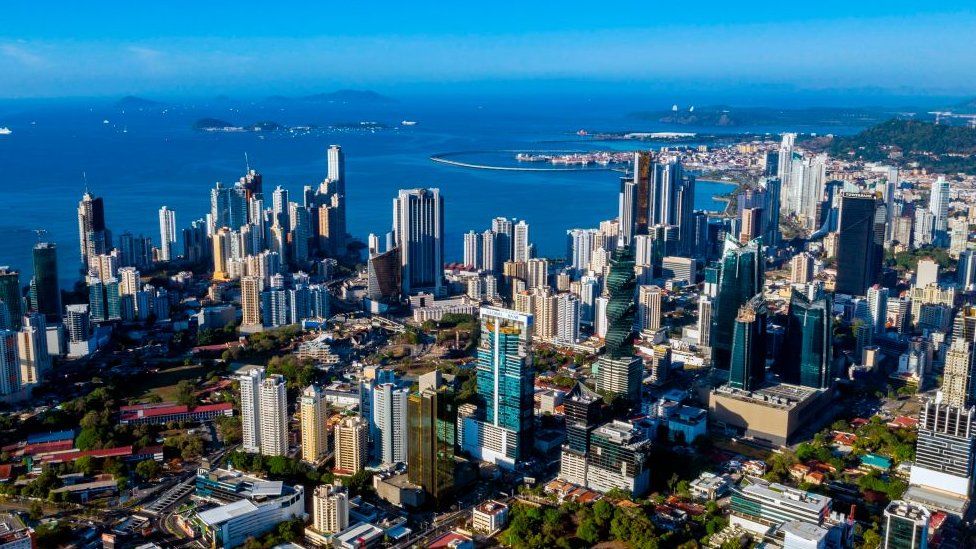 Among the smallest countries, Panama, is leading the growth projection list for next year made by ECLAC.

“It seems that he is recovering very well”Gedan notes.

With the recovery of world trade, the Panamanian economy should see a strong boost, while President Laurentino Cortizo’s ambitious infrastructure program may also contribute to expansion.

However, omicron could affect Panama’s important tourism industry, something that remains to be seen.

The wave of inflation

One of the headaches in the world and in Latin America is the escalation of inflation this year.

Although growth is recovering step by step in the region, the cost of living is also rising and many people claim that their salary is not enough to buy enough products. 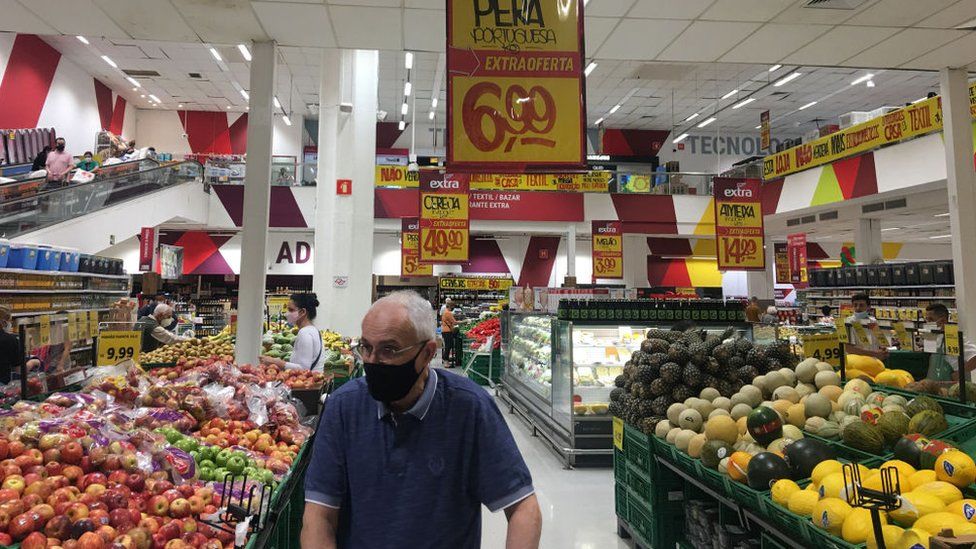 Most governments have tried to counteract the inflationary wave by raising interest rates, an issue that also affects consumers because credit becomes more expensive. 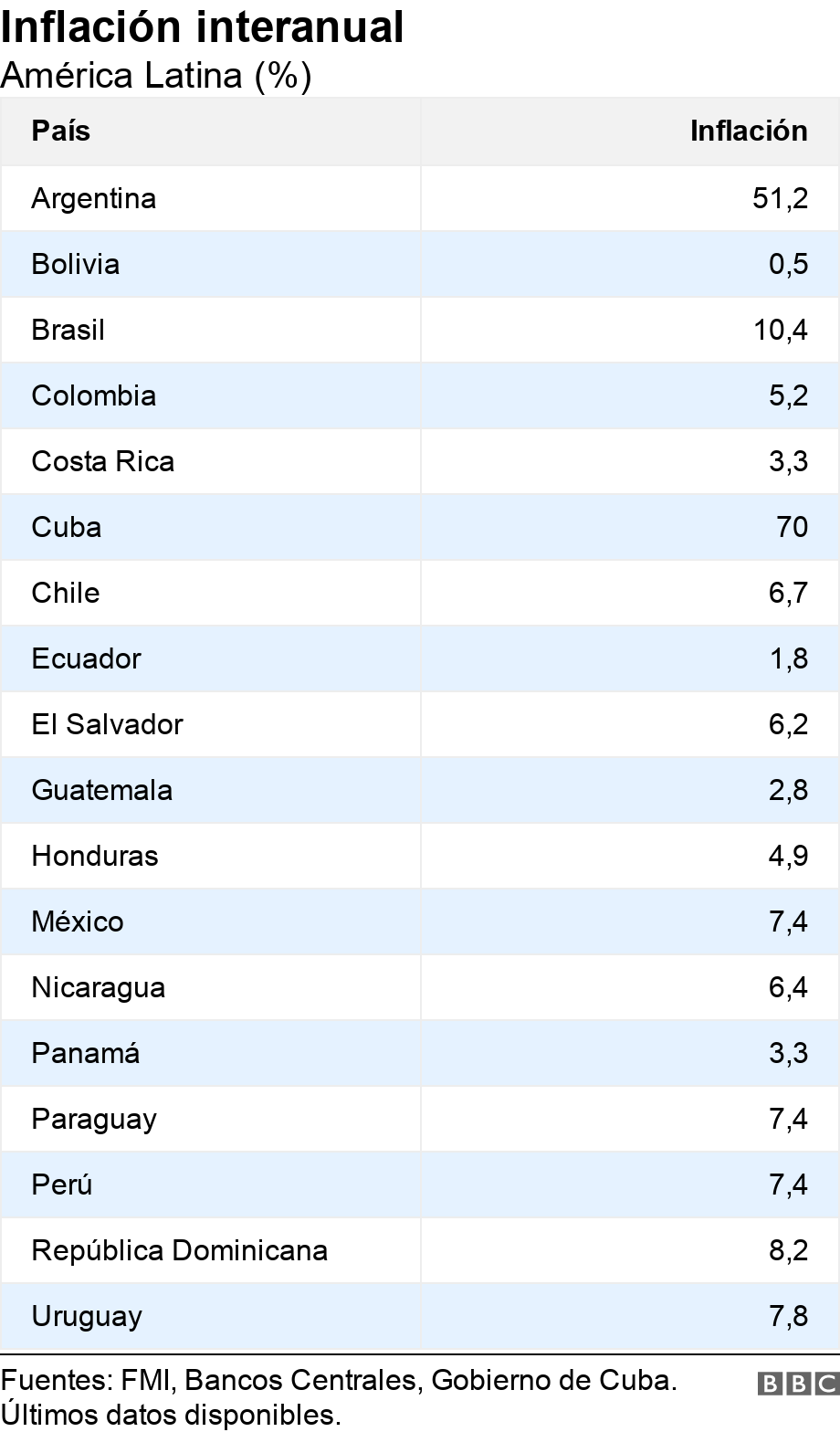 The rise in inflation has been driven, in part, by the increase in the food pricewrote Maximiliano Appendino, an economist in the Regional Studies Division of the Western Hemisphere Department of the International Monetary Fund, IMF.

There is a lot of uncertainty in the environment in relation to the prices of raw materials, bottlenecks in supply chains and the increase in the costs of maritime transport, in addition to the possibility that new variants will appear that aggravate the covid pandemic -19.

On the other hand, Appendino added, the region needs to balance a outlook for inflation uncertain with employment, which “is still substantially below pre-pandemic levels.”

How is the risk rating

The US risk rating agency Moody’s Investors Service – as do Standard & Poor’s and Fitch Ratings – assesses the solvency of a country to pay its financial obligations.

It is considered, among many others, an important indicator to analyze the health of an economy. 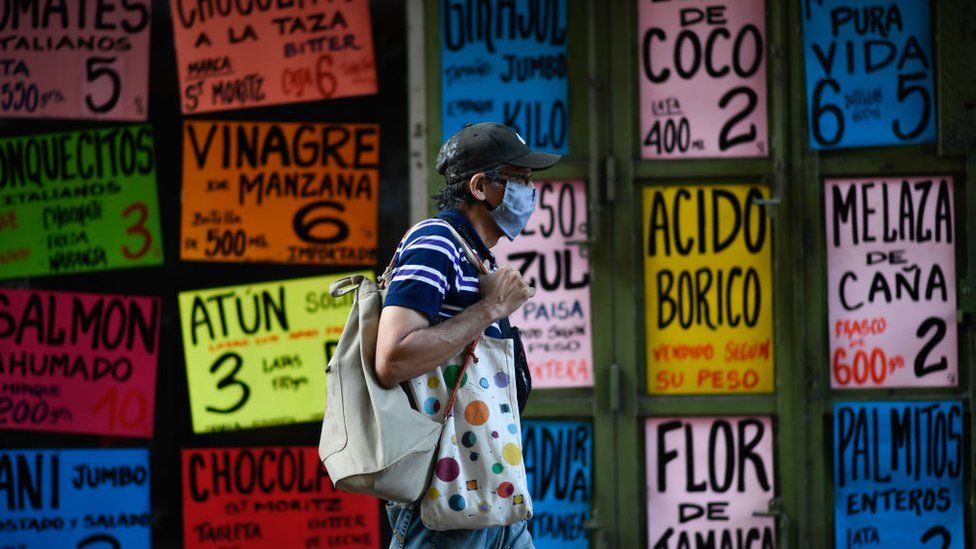 On a decreasing scale, the best rating is Aaa and the lowest is C. The following list ranks the countries from the best evaluated to the worst evaluated, according to Moody’s.

Not only because of the economic effects that covid-19 has left, but also because the region encountered the pandemic in a bad state. 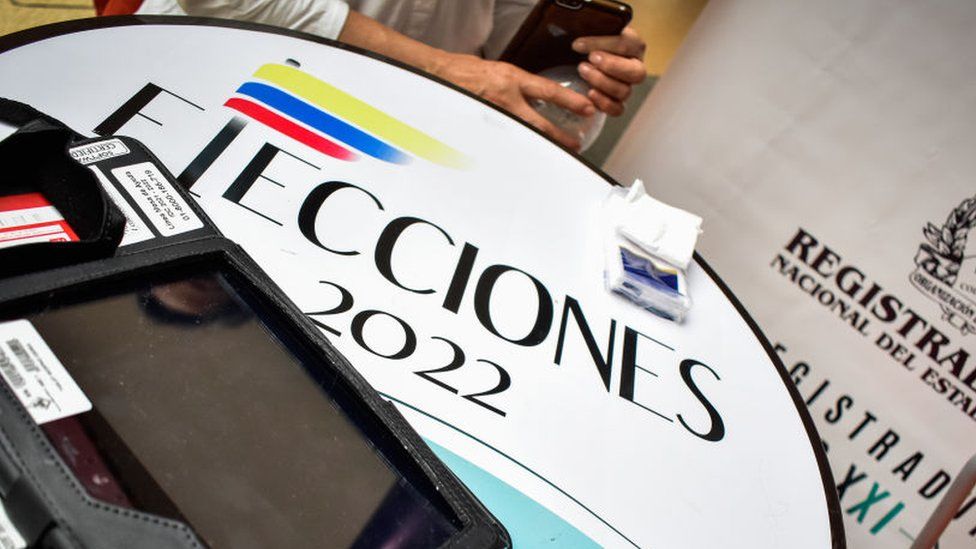 In 2022 they come in presidential elections in countries like Colombia and Brazil.

Next year comes with “a worrying rdebt loss and rising inflation“, Argues the researcher.

From the political level, cuts in the public budget could unleash new episodes of social unrest, as happened, for example, in Colombia in April 2021 in response to proposals for economic reforms, argues Gedan. political uncertainty in the main Latin American economies “it has limited the investment that the region needs to recover.”

This uncertainty is given by the evolution that may follow, for example, the new governments of Pedro Castillo in Peru and Gabriel Boric in Chile, and by the results of the 2022 presidential elections in countries such as Colombia and Brazil.