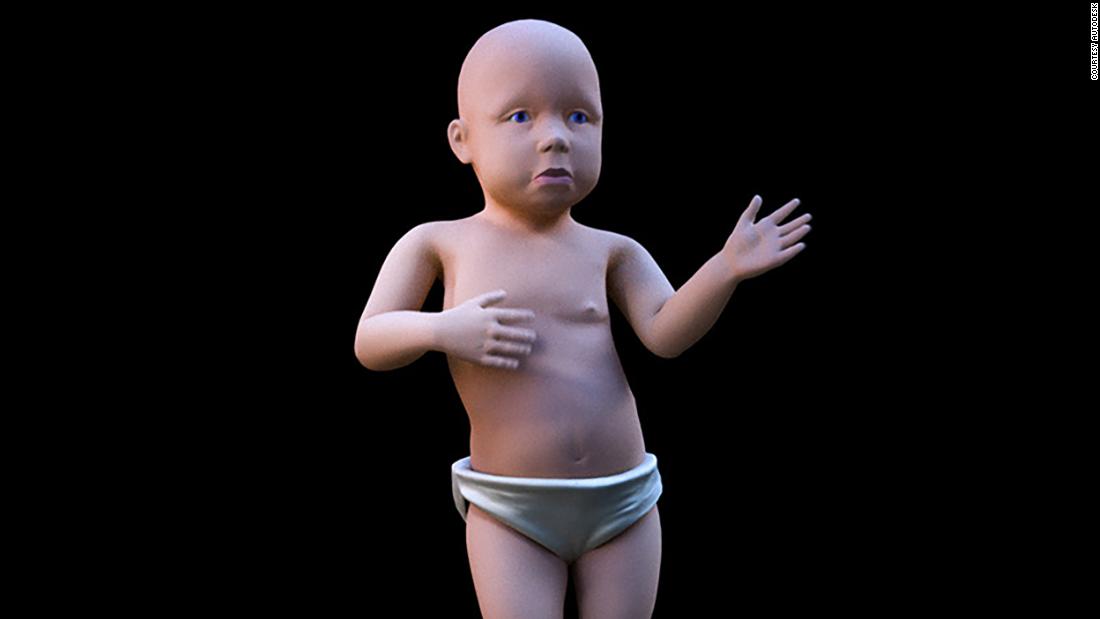 One of the first viral phenomenons, which started out in email chains and became emblematic of the early internet, has been given several makeovers for 2022.

If you were born before 1990, you may remember the 3D graphic of an almost-naked baby that danced on a loop to become one of the internet's earliest viral phenomenons. The strange-yet-sassy "Dancing Baby" began spreading via forwarded email chains in 1996 before it appeared on major news networks around the US and cha-chaed its way into the TV show "Ally McBeal" to remind the titular character of her ticking biological clock.

To make you feel even older, that (not real) child would now be 26 years old, using dating apps and -- presuming it's American -- figuring out how to purchase its own health insurance policy.

To celebrate the baby's journey into adulthood, the clunky GIF has gotten a new 3D-rendered overhaul thanks to its original creators, Michael Girard, Robert Lurye and John Chadwick, in collaboration with the Vienna-based creative group HFA-Studio. And in true 2022 style, the new dancing babies will be released as NFTs, or non-fungible tokens, next week.

Over the years the baby has become a symbol of '90s and early internet nostalgia, appearing on VH1 throwback programs like "I love the '90s" and, more recently, in Charli XCX and Troye Sivan's music video for the track "1999." HFA-Studio co-founder Charlie Scheichenost said the graphic has the same appeal it did over two decades ago.

"It's the uncanny valley -- something (about it) connects to people," Scheichenost said. He and his colleagues have projected the baby in their gallery space and, when the windows are open, the graphic draws intrigued passersby. "They immediately stop and say something about it," he added. 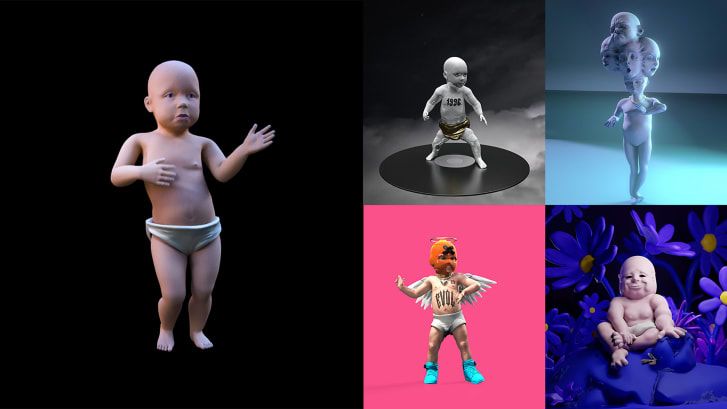 The newly rendered "Dancing Baby" appears to be more realistic than the original, with boosted color tones and a sharper image quality. It also looks somewhat plumper.

While updating the meme, HFA-Studio also asked contemporary digital artists to "remix" the image with their own interpretations as part of the new NFT collection. Chris Torres, creator of the rainbow feline meme "Nyan Cat," has made an 8-bit "Nyan Baby," while artist Yuuki Morita, who makes unsettling digital creatures, opted for a multi-headed child that "represents the cry of...(living) in the chaos of modern times," according to a statement.

It can be hard to explain why any particular image goes viral, and the "Dancing Baby," which is widely credited as being the first big internet meme, is no exception.

Like many memes, it was originally an obscure graphic -- in this case, a sample file for software company Autodesk's animation plug-in Character Studio (which was created by Unreal Pictures, a firm co-founded by Girard, Chadwick and the animator and artist Susan Amkraut, with Lurye later joining as a freelancer). Remixing, or modifying, the baby was central to its original purpose.

"As one of the many animation sample files included with the 3dsMax Character Studio 1.0 release, the Dancing Baby animation file helped customers understand how to use and integrate our character animation/rigging tools," Girard, Chadwick and Lurye explained in a joint email. "Sample files also serve to inspire customers and suggest methods for creating their own original content."

The graphic's viral journey began with exchanges over email. Girard said it was likely first sent out by one of Autodesk's customers, Ron Lussier, who made modifications to the original source file and attached a low-res version to a message. But according to Vox, the "Dancing Baby" spread across the wider internet when web developer John Woodell turned it into a GIF.

"My little hit counter was going through the roof," he wrote. "Visitors began submitting alternate edits of the dancing baby which I gladly posted on my page, including the most famous 'oogachaka' version which paired the original animation with the song 'Hooked on a Feeling' by Blue Swede."

"Soon I was adding other 'remixed' versions that people were submitting: 'Rasta Baby,' 'Techno Baby,' the infamous 'drunk baby,'" he added.

According to media artist xtine burrough, who is also a professor at the University of Texas in Dallas with an academic interest in the meme, the "Dancing Baby" achieved its original goal of inspiring creativity -- and then some.

"It was released as something that was welcomed to be remixed," burrough, who prefers her name stylized with lowercase letters, said in a phone interview. "And we saw the results of that, and we are still seeing the results of that. And that really gives people the freedom to take the image and allow it to meet the context of today."

Unreal Pictures and Autodesk shared the copyright for "Dancing Baby" until 2004, splitting the profits of merchandise ranging from T-shirts and screensavers to a wind-up toy, according to its creators. Then, Autodesk acquired Unreal Pictures outright. Today, the baby's creators are known through occasional interviews and internet lore, though they have mostly avoided the spotlight.

They, too, are unsure why their graphic struck a chord and became symbolic of the era, adding that computer animation was, at the time, experimental and "the Internet in 1996 was still a dreamlike and innocent technology."

But burrough thinks it's fairly straightforward. "Gosh, it really is a naked baby, right?" she said with a laugh. "And I don't mean... clothes or no clothes, but it's this nude figure that is used to symbolize a lot of different circumstances."

But it's also "the physics of a dancing baby," she added. "The way it moves, it's really hard not to laugh at it."