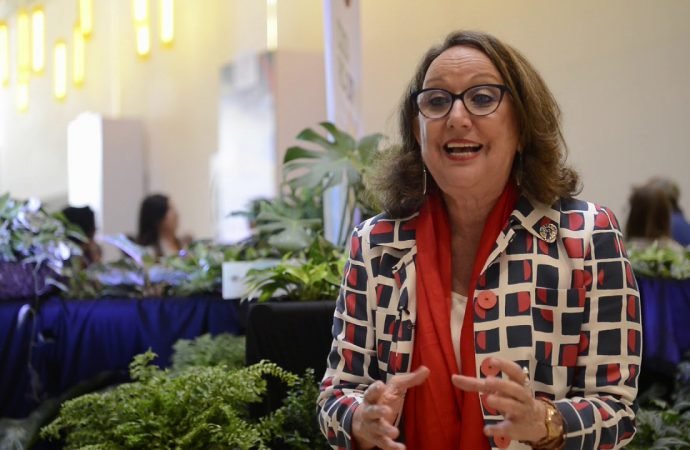 Ibero-American Secretary General Rebeca Grynspan warns of the economic vulnerability of Latin American countries to what is the "worst crisis since the Great Recession", according to the forum 'The impact of Covid-19 in Ibero-America'.
At the forum, organized by ' New Economy Forum ', Grynspan added that, in addition to the severe economic and social impact of this crisis in the region, Latin American economies start from a situation "much less favorable" than they were in 2008, due to a reduction in the margin of fiscal action and higher debt indicators.

Grynspan considers it necessary to deploy loans with State guarantees in the different countries of the region so that the business fabric does not disappear, since the recovery of the American economies depends on it.

On the other hand, the secretary has indicated that, although the International Monetary Fund (IMF) announced a relief package for the 25 poorest countries in the world, it did not announce anything about middle-income countries.

"We urgently need action from the IMF and the Bank or the World," he said, requesting the adoption of loans with "soft conditions" to better withstand the weight of this crisis and the cuts in the credit ratings of the rating agencies in the different countries of the region, which tightens the conditions of access to the debt market.

Grynspan has positively valued the contributions of some organizations such as the IDB or CAF, through credit lines valued at around 10 billion dollars, but has warned that the region needs "much stronger" action by financial organizations international.

"I am particularly concerned with middle-income countries that are a bit caught up in low-income countries, for which there are solutions, and countries with more means that can, in some way, search or find those paths for liquidity", González Laya has pointed out.

In the health field, Grynspan has pointed out that although the Ibero-American countries began to adapt solutions quickly, with actions of social isolation, their health systems are weaker than those of other more developed countries. The secretary has encrypted a total of 100,000 active cases in the region with 9,000 deaths.
#COVID-19  #Covid
Add Comment