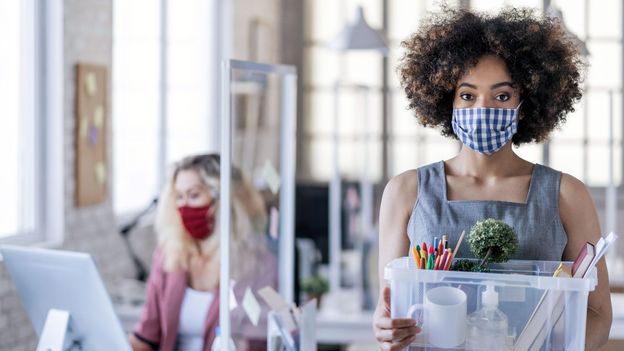 The Great Resignation: How employers drove workers to quit

Since the pandemic, employees are leaving the workforce or switching jobs in droves. For many, employers have played a big part in why they're walking away.

When the pandemic began, Melissa Villareal was teaching history to middle schoolers at a private school in a wealthy California neighborhood. It was a job and a field she loved. Now, just over a year later, she’s left teaching entirely, to work in industrial design at a large beauty company.

People like Villareal are leaving their jobs – or thinking about it – in droves. A Microsoft survey of more than 30,000 global workers showed that 41% of workers were considering quitting or changing professions this year, and a study from HR software company Personio of workers in the UK and Ireland showed 38% of those surveyed planned to quit in the next six months to a year. In the US alone, April saw more than four million people quit their jobs, according to a summary from the Department of Labor – the biggest spike on record.

There are a number of reasons peopleare seeking a change, in what some have dubbed the ‘Great Resignation’. For some, the pandemic precipitated a shift in priorities, encouraging them to pursue a ‘dream job’, or transition to being a stay-at-home parent.But for many, many others, the decision to leave came as a result of the way their employer treated them during the pandemic.

That was the case for Villareal, who found herself back in the classroom after only a short closure. (In the US, private schools, governed by different rules, were able to return to in-person learning much sooner than public schools.) Villareal was uncomfortable about her safety, and saw her stress and workload spike when she was juggling both in-person and remote learners concurrently. She felt her concerns weren’t being addressed, or even heard.

Ultimately, Villareal decided she’d rather quit and start over in a totally new industry than remain in a job where she felt she was being under-valued and unheard. It was a tough choice, she says, because “there’s guilt as a teacher. You don’t want to leave the students”. Still, Villareal continues, “it became so clear that this isn’t about my health, the health of the kids or the mental wellbeing of anybody. It’s a business and it’s about money. The pandemic ripped that veil from my eyes.” 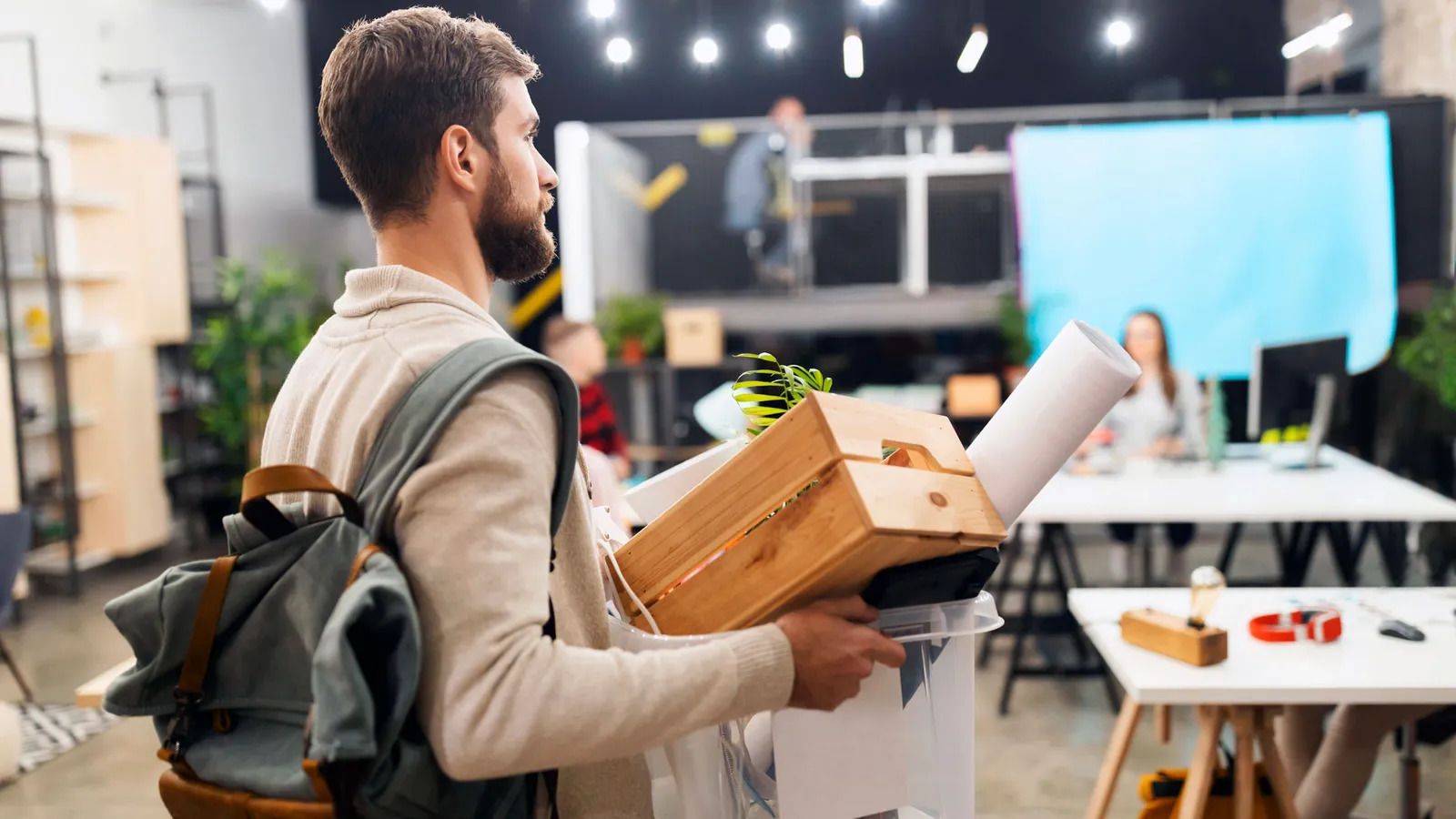 Foremost, workers are taking decisions to leave based on how their employers treated them – or didn’t treat them ­– during the pandemic. Ultimately, workers stayed at companies that offered support, and darted from those that didn’t.

Workers who, pre-pandemic, may already been teetering on the edge of quitting companies with existing poor company culture saw themselves pushed to a breaking point. That’s because, as evidenced by a recent Stanford study, many of these companies with bad environments doubled-down on decisions that didn’t support workers, such as layoffs (while, conversely, companies that had good culture tended to treat employees well). This drove out already disgruntled workers who survived the layoffs, but could plainly see they were working in unsupportive environments.

And although workers have always cared about the environments in which they work, the pandemic added an entirely new dimension: an increased willingness to act, says Alison Omens, chief strategy officer of JUST Capital, the research firm that collected much of the data for the study.

“Our data over the years has always shown that the thing people care about most is how companies treat their employees,” says Omens. That’s measured by multiple metrics, she adds, including wages, benefits and security, opportunities for advancement, safety and commitment to equity.

In the wake of the pandemic, “the intensity has increased in terms of that expectation; people are expecting more from companies. The early days of the pandemic reminded us that people are not machines”, says Omens. “If you’re worried about your kids, about your health, financial insecurity and covering your bills, and all the things that come with being human, you’re less likely to be productive. And we were all worried about those things.”

Workers expected their employers to make moves to help alleviate, or at least acknowledge, those concerns – and companies that failed to do so have suffered. The Personio study also showed that more than half of the respondents who were planning to quit wanted to do so because of a reduction in benefits, a worsening work-life balance or a toxic workplace culture.

“For almost everyone,” says Ross Seychell, chief people officer at Personio, “the pandemic put an acute focus on… how has this company I’ve given a lot to handled me or my health or happiness during this time?” Seychell says many workers considering that question are finding a lack of satisfying answers. “I’m hearing it a lot: ‘I’m going to go somewhere I’m valued’.”

The mass departure is happening at all levels of work, and is especially evident in service and retail jobs.

“Many of the stories have tended to focus on white collar jobs, but the biggest trends are really around traditionally low-wage roles and essential workers,” says Omens. “That’s a really interesting element of this.”

In fact, the American retail sector has seen more recent resignations than any other industry. Just fewer than 650,000 retail workers quit in the month of April alone, according to data from the Labor Department. 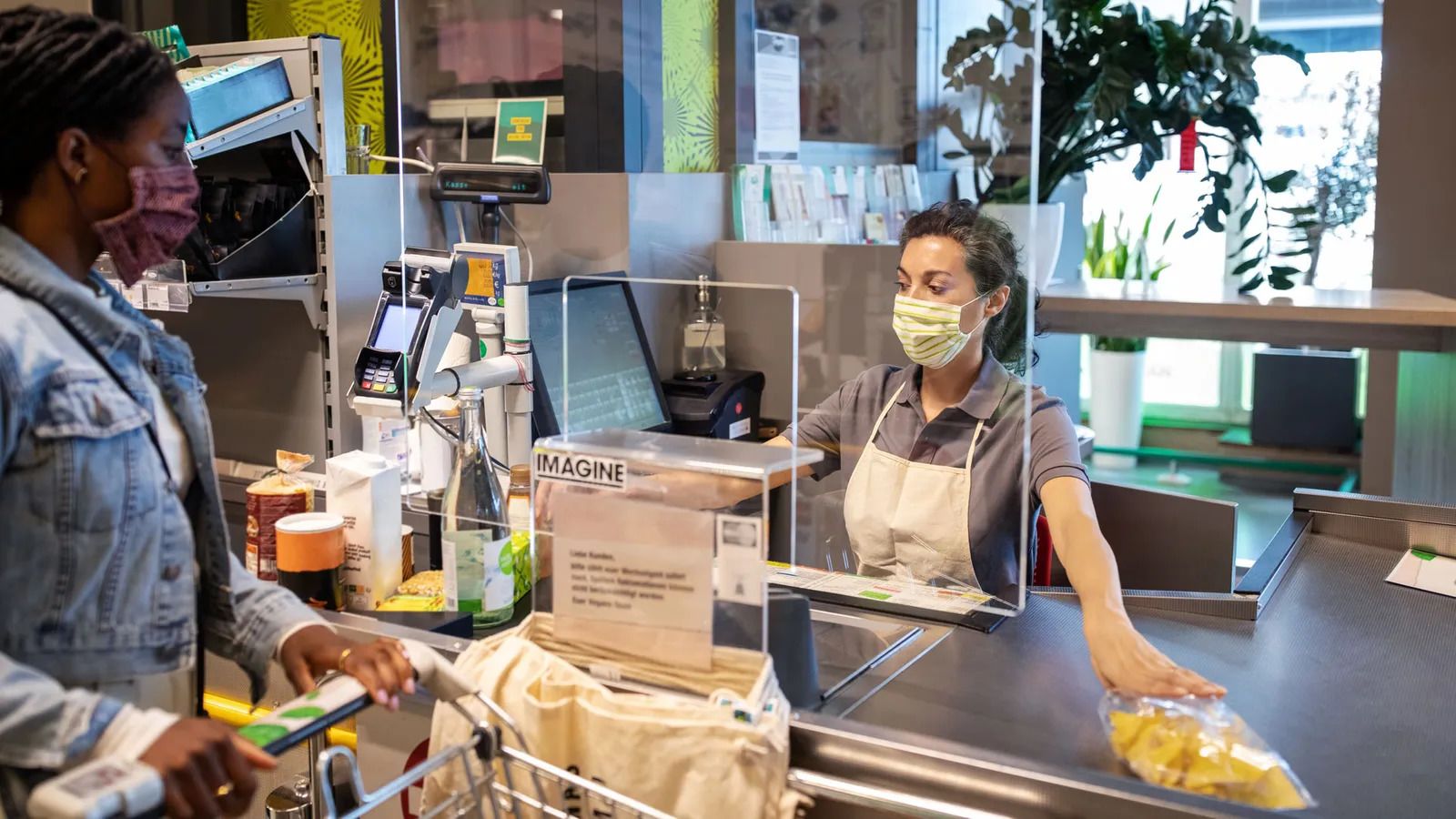 During the pandemic, many essential, often low-paid workers, burned out after employers treated them poorly – and they quit

Throughout the pandemic, essential workers – often in lower paid positions – have borne the brunt of employers’ decisions. Many were working longer hours on smaller staffs, in positions that required interaction with the public with little to no safety measures put in place by the company and, at least in the US, no guarantee of paid sick leave. It quickly burnt workers out.

Now, major retailers are scrambling to fill open positions, and finding it difficult to get enough new, willing workers in the door. Companies including Target and Best Buy have raised wages, while McDonald’s and Amazon are offering hiring bonuses ranging from $200 to $1,000. Still, a survey by executive search firm Korn Ferry found that 94% of retailers are having trouble filling empty roles.

Part of the problem, says Omens, is that while financial incentives are a start, a major shift in priorities means it’s not just about the money. Many retail and service workers are departing in favour of entry-level positions elsewhere – in warehouses or offices, for instance – that actually pay less, but offer more benefits, upward mobility and compassion. With employers across the board looking for new hires, many have found it’s easy to find another job and make the transition.

“We ask people would they take a pay cut to work for a company that aligns with their values,” she adds, “and across the board, people say yes.”

Could this Great Resignation bring about meaningful, long-term change to workplace culture and the way companies invest in their employees?

Omens believes the answer is yes. The change was happening before the pandemic, she says, with a “real increase in what people are looking for in terms of their expectations of CEOs and companies”.

Just fewer than 650,000 American retail workers quit in the month of April alone

And the pandemic shifted that existing feeling into overdrive – even in the first few weeks. In late March 2020, billionaire entrepreneur and investor Mark Cuban appeared on a CNBC special titled Markets in Turmoil, and warned companies not to force employees back to work too soon. “How companies respond to that very question is going to define their brand for decades,” he said. “If you rushed in and somebody got sick, you were that company. If you didn’t take care of your employees or stakeholders and put them first, you were that company.” For many employees, cautioned Cuban, “that’s going to be unforgiveable”.

Now, says Seychell, that’s proving true. For both people inside companies as well as those just entering the job market, how a company treated its people over the last year and a half will determine the course of the future.

It’s become compulsory for companies to make serious investments in their employees’ wages, opportunities, and overall wellbeing, if they weren’t doing so already, says Seychell, if for no other reason than it’s simply good for business.

“When there’s a lot of people moving, that costs companies in terms of turnover and lost productivity,” he says. “It takes six to nine months to onboard someone to be fully effective. Companies that lose a lot of their workforce are going to struggle with this over the next 12 to 16 months, and maybe much longer. Companies that don’t invest in their people will fall behind.”