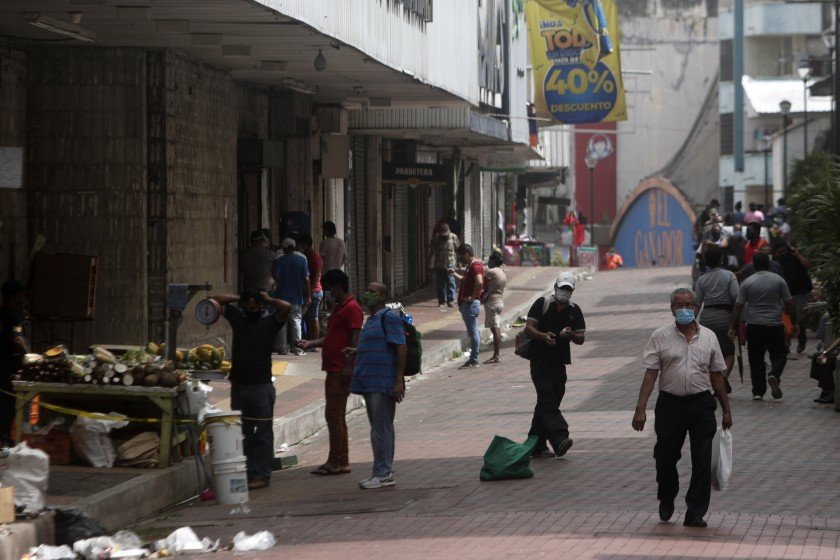 The Government's decision to re-implement total restrictions, in the face of a possible rebound in COVID-19, would be chaotic for the economy

Economist Rolando Gordón has estimated the impact to be 'terribly negative' if the country were to return to restrictions in case of an increase in cases of COVID-19 or if some of the indicators indicated by the Ministry of Health (Minsa) are not met.
Rolando Gordón said that any decision needs to be taken with great rigor and always based on a balance, both for the health and economic sectors.

Little by little and after the openings, several businesses dedicated to different activities have opened their doors and returning to very strict measures can be chaotic, so that the economic flow that the country needs occurs and so that each sector recovers, said the economist.

In his opinion and in the midst of how the cases progress, it would be positive to look for mechanisms such as the measure that the Minsa adopted in Veraguas, since there was a restriction by geographical area, due to the increase in cases of COVID-19 .

In this way, a large number of people are not affected economically, since only one sector would be restricted.

Similarly, he stated that the increase in COVID-19 cases in the country is also due to indiscipline on the part of a minority group, but that at the same time it is the one that causes more and more people to become infected.

The economic recovery has only seen a scope of 30%, said Gordón, but it has not yet reached 60 or 70% to be able to speak of an economic boom.

In addition to this, companies are also being very cautious when reinstating their staff.

Based on all this, talking about severe restrictions for the entire country would not be the most convenient, the economist said.

Given the increase in the effective reproduction index (Rt) of COVID-19 to 1.07 , the Minsa announced on November 10, the implementation of a plan that includes the possibility of resuming the mobility restriction measures, if there is a possible overflow of at least four indicators.

The four indicators that must be met are: the Rt must be at 1 or below, the lethality must be below 3%, the availability of beds in the ward must be 20% and in the intensive care units there must be a 15% responsiveness.
#MINSA  #COVID-19  #Covid

Brian 112 days ago
War Vet - then isolate as you sound like you are high risk. The facts are the rest of society who is not at high risk should be allowed to continue to live live normally. Over a period of 3 months that would create a shield for high risk people like yourself. This public health 101 and the way it was always done. This destroying everything is insanity and not based on science at all.